Thinking back to high school, I’m awash in memories of the many deep, meaningful relationships that spawned as a result of being forced to work on group projects with people I didn’t chose to work with. We grew into a tightly knit group of friends, whose coordination and collaboration was unparalleled. Everyone did the work without cajoling or ego. It was truly a paradise!

It’s also total bullshit. I think back on the group projects I worked on in high school and reach for a drink – either metaphorical or literal. I can’t think of a single time when being forced into a group project actually resulted in anything more meaningful than a deep sigh when we were finally through the project with an acceptable grade. Things were a little better in college, with the major difference being that the “acceptable grade” bar was considerably higher.

My experience isn’t unique. Group projects in high school, college, and now professionally are met by nearly everyone with trepidation and side-eyes. They breed animosity for others as much as appreciation. There are times when group work has led to friendships, but when you think of the number of friends you made from forced grouping situations versus the number of people you’ve been forced to group with… well, that’s a gamble of long odds.

It’s ridiculous that we’ve turned this expectation on its head in our games. Way too many MMO players devoutly defend the idea that forced grouping in MMOs actually leads to social relationships. Some of us are so blindly committed to this wishful thinking that we vigorously assert that forced grouping is the only metric to measure sociability in a game. There’s simply no other way to be social in games, so this line of thinking goes.

In fact, gamers so often use forced grouping as a stand-in for sociability that as a community, we don’t really understand what we are looking for when it comes to social activities in MMOs. So let’s hash it out: What makes a social activity in an MMO?

I’m going to define social using the dictionary.com definition: “relating to, devoted to, or characterized by friendly companionship or relations: a social club; seeking or enjoying the companionship of others; friendly; sociable; gregarious.” Extrapolating on this definition, I’m going to define social for our purposes as the creation of meaningful interactions and relationships. We already have an issue with forced grouping as “social.” Groups that are forced together rarely form with the goal of friendly companionship or relations.

Forced groups are good at one thing, and being social ain’t it

Forced groups are pretty good at achieving goals. This study from 2009 argues that “students seemed to focus more on completing a task for a than seeing group projects as part of developing community to enhance learning.” Another study supports that, remarking that generally speaking, participants felt that the group work overall contributed positively to their performance. Forced grouping is effective to achieve a goal together – completing a dungeon or doing a raid, for example.

This matches with what we see in MMOs. A forced group is exceptionally suited to achieving a goal like completing group content. But it’s not very effective at making friends or any sort of lasting relationship. When we consider the number of times we’ve run dungeons with people and the number of meaningful relationships we’ve developed out of those dungeons runs, the number is so small that it’s devoid of any real meaning. It’s not that it doesn’t happen; it’s just that you are more likely to be eaten by a grüe while lounging on your couch than to make a friend from a random dungeon run.

I couldn’t find any research to suggest that forced grouping has a statistically significant causal relationship to development of social groups (Stockholm syndrome notwithstanding).

One of the defining characteristics of MMOs – and why I prefer MMOs over other games – is the social ambiance. MMOs have a vibrancy that single player games can’t match. That vibrancy sometimes results in an eye-roll, or a block, but for the most part it’s a pleasant, vivid backdrop of sociality. It’s people quietly (or not so quietly) enjoying the companionship of others in the open world.

When you think about how you meet new people or make new friends in meatspace, you rarely say, “I was forced to do this group project and we became besties at work/school.” You meet people and make new friends by going to a party, hanging out at the bar or coffee shop. You attend events or meetups. Your goal in these situations is nothing more complicated than “be social.”

Even playing non-video games in meatspace is different. We might join an intramural sports team to meet people. But we interact with the same people each and every game. You get the opportunity to build the relationship with the team.

Intramural sports teams are actually closer in function to our guilds. Guilds allow us to interact with the same people over and over again, giving more chances to develop meaningful relationships and have meaningful interactions. In forced grouping in MMOs, most people who group with you will never interact with again, unless you’re drawing from a guild or a very small server. You have that single 20-30 minutes to make a meaningful relationship, while also trying to achieve the stated goal of the group: to complete the dungeon. And that assumes it even makes sense for you to try to make a connection. Even if you really enjoyed running a dungeon with someone from another realm, does it make sense to try to connect, knowing all the barriers there for you to actually play together again?

The line gets a lot fuzzier when you start to factor in guilds and the social dynamism there. You might hate the Oculus dungeon in WoW with the white-hot passion a thousand suns, but you still jump in to help a guildie. The dynamic at that point changes as it’s not as forced now and your motive isn’t just, “Ugh, I have to do this with a rando group because this game forces me to.” Instead, it becomes, “Oh, I really hate this place, but I’m going to help out this guildie.”

But even achieving that dynamic in guilds is somewhat compulsory – and it’s largely a crapshoot as to whether you’ll find a good guild (which is probably a topic all on its own). You blindly apply to a guild based on a single paragraph, or you accept a tell from someone. Finding a place that fits your social wants is seven parts luck to three parts intuition and zero parts empirical data. 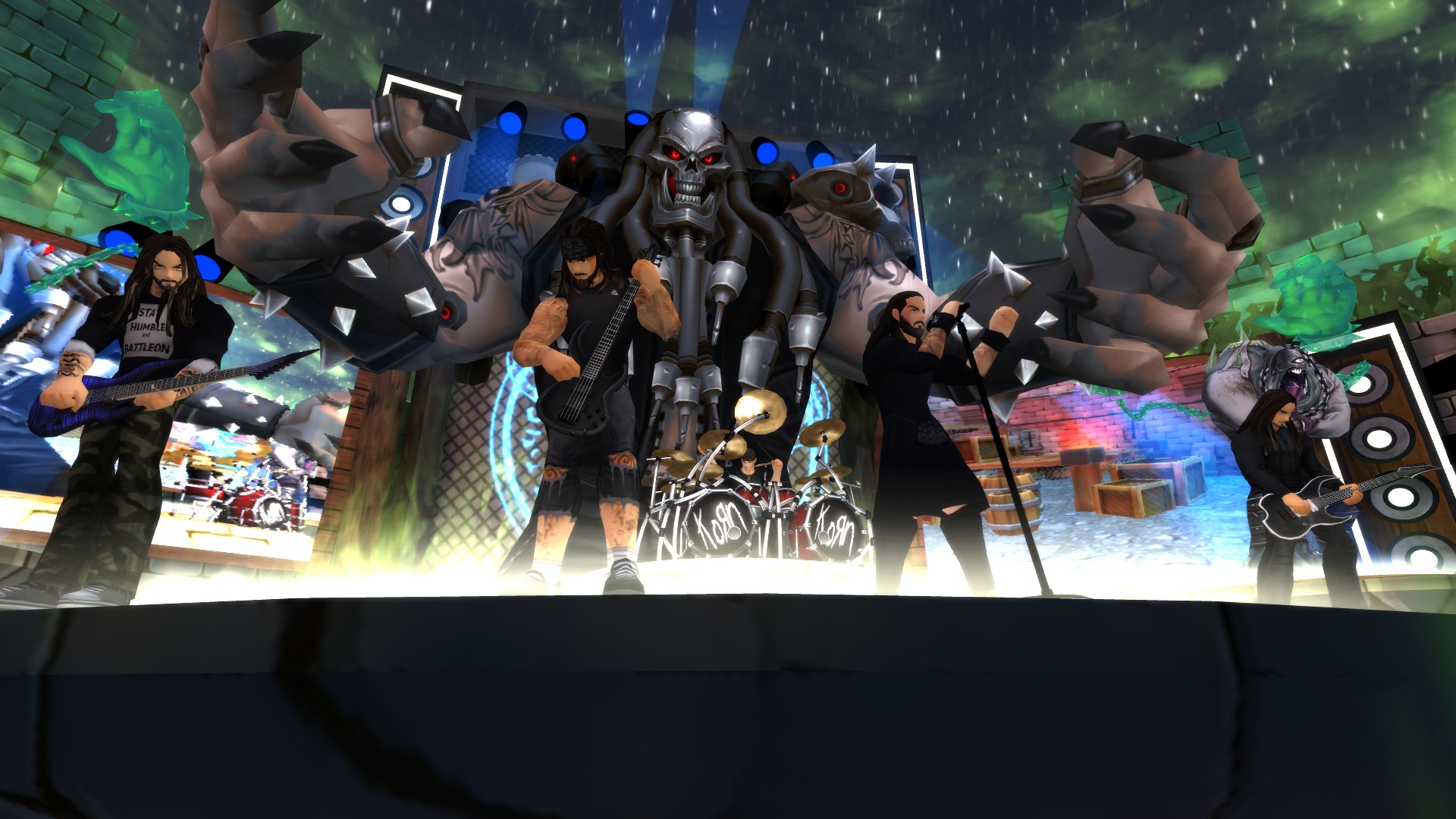 If we truly want to increase the sociability of MMOs, developers need to create the space in the game for this to happen. Many older MMOs did this well: Games like Star Wars Galaxies have cantinas that primarily functioned as a place to buff, heal, and socialize. Anarchy Online had the same thing; people were always hanging out in the bar Athens. Anarchy Online had guild cities, and a guild headquarters with bars, meeting rooms, bed rooms — the whole nine yards. Housing in Final Fantasy XIV is a huge social point with no other goal outside social status.

Imagine if MMO developers put half the effort they use trying to balance combat into helping people make connections and build relationships in their games. Even something as simple as advertising an event whose only purpose was to let people meet each other and build relationships. How would that change the social landscape of the game?

What I’m not saying

Fortnite and AQ3D are touting the success of things like in-game concerts. These are activities with no purpose in game other than to be social and hang out, and that’s where MMORPGs should focus too. It’s increasingly baffling that we continue to insist the forced group content is the One True Way to be social in games and eschew any attempts to shift away from that dynamic.

And on that note, I have a glass of Synthehol waiting for me in Ten Forward. Until next time, friends.