Firefall may have breathed its last: The game’s website no longer works, and players report that logins for the game have stopped working, though the Steam portal is still up.

It would be an understatement to say that Firefall, which was developed by Red 5 and owned by Chinese company The9, has had a rocky year. Back in December, rumors began to circulate that Red 5 had missed payroll, followed by a brutal company meeting, late salaries, and the inevitable “reorganization” layoffs and departures. The studio shakeup was itself followed by a hurried and bug-laden Razor’s Edge patch. In May, The9 traded part of its stake in Red 5 to a Cayman Islands cashmere manufacturer and announced mobile and console ports for Firefall, but that company’s stock crashed and trading was suspended.

Sadly, that was only the beginning. A month ago, Red 5 suffered what were apparently catastrophic layoffs of potentially the rest of the US team, including the community manager holding the ship together from the player perspective; at the time, he told players he believed The9 would keep the game up, but we’ve since had no indication about that one way or another – that is, until now.

Our sympathies to those who worked on, played, and loved the game. 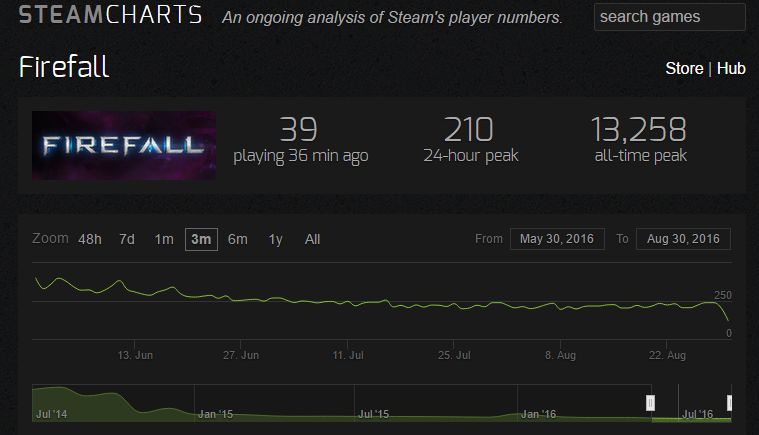 Multiplayer ARPG Mad World’s alpha 5.0 is set to begin on...

The Wagadu Chronicles plans its first alpha test for sometime this...

The Daily Grind: Do you have any real-life foibles you carry...