You can stop fidgeting about what might or might not arrive in Star Citizen this year: Cloud Imperium has released its promised development roadmap for the rest of 2017. The studio stresses that quality will trump everything, that estimates are merely estimates, and that the schedule isn’t all-encompassing, but the words “3.0” and “persistent universe” and “planetary tech” have been enough to send Reddit into a tizzy of excitement.

It’s also sent the community into a tizzy of concern, as it appears the original plans for 3.0 have been trimmed down to get it out the door this summer, with many of its features pushed off to later patches later in the year. According to the newsletter, this is partly the result of Behaviour Interactive ending its subcontract for Cloud Imperium (you MMO folks will know it as the studio behind Eternal Crusade).

Check out the whole shebang below. 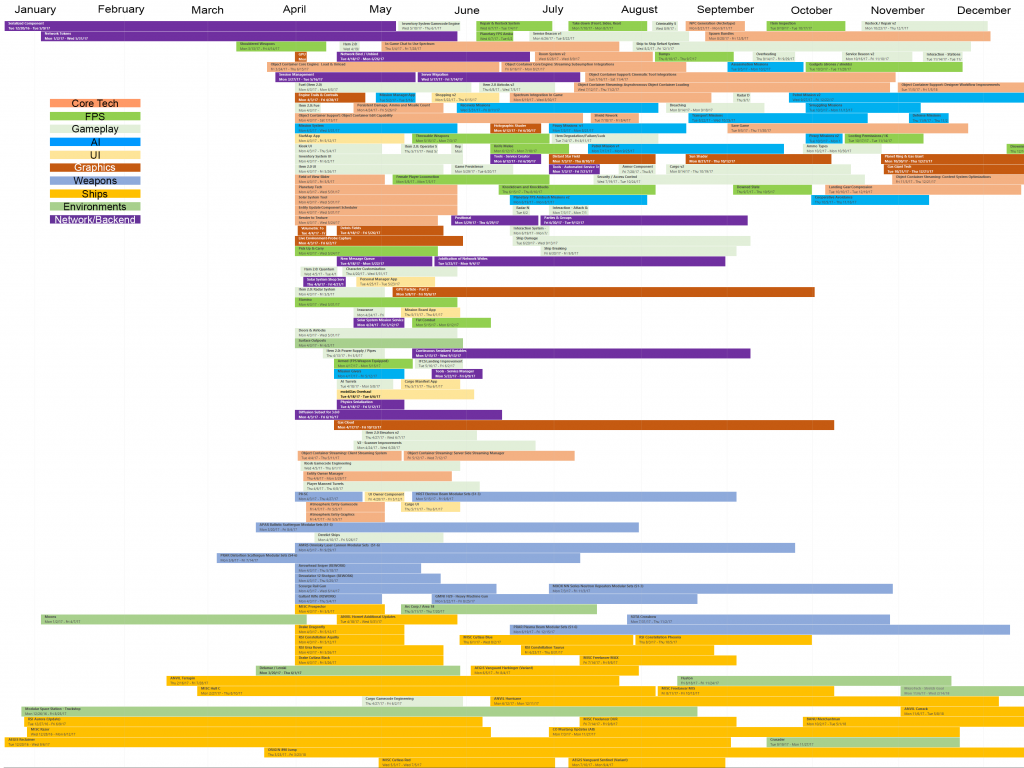