Can you believe that Blade & Soul has been out in the West for three years now? It’s true, and it’s what players will be celebrating starting on January 16th until February 3rd. Players can take part in anniversary festivities starting at Jadestone Village, which includes the new Cutting Edge costume designed by the western division running the game. You can also pick up further festive hats, and there’s a new 365-day Premium Subscriber costume on deck for veteran subscribers.

END_OF_DOCUMENT_TOKEN_TO_BE_REPLACED
The anniversary update also brings with it an update to Blade & Soul’s Midnight Skypetal Plains, which sounds like a ’70s rock band but is actually a raid updated to the current level cap. Form a group and take on new challenges for rewards including Grand Celestial Soul Shields. It should serve as a nice celebration of everything the game has achieved over the past three years, so get ready to party like you’re decked out in futuristic armor (which, to be fair, you will be).
Source: Official Site
Advertisement

Well, the word is, there will be more, much more. “Leaked” patch notes are making the rounds on the BnS subreddit. Not sure what if anything there-in is actually true, but if it is it will be an apology of sorts from a crappy end of year.

I’ll defer any more details unless somebody asks since the “leaked” patch notes are dubious at best.

As for what has been posted officially. It should be fun. Midnight Skypetal is the oldest pleb raid. Everyone can participate and it can be pugged easily. But it aged very fast due to the ramping up of legendary gear. It was a self-imposed issue as NCwest wanted more players entering purple dungeons.

It is refreshing that they are going back and doing something with it. I’m really looking forward to that.

As for the costumes? Meh and Lol. Not a fan of these outfits but I do find it hilarious that one is Warframe inspired! Lolololol! 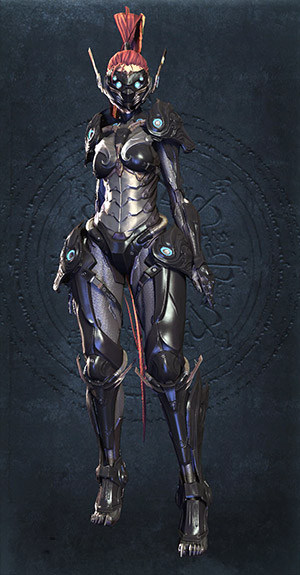 Heh. No. Not breezy, but… we don’t know what the back looks like yet.