Darkness is approaching swiftly in Final Fantasy XIV, as is a sweet new car. The car is approaching more swiftly. Yes, the special sites for both the Final Fantasy XV crossover event and the upcoming Shadowbringers have been updated. The latter provides us with information that is mostly familiar, although it should confirm which regions of Norvrandt correspond with familiar parts of Eorzea geographically; Kholusia is La Noscea, Amh Araeng is Thanalan, Il Mheg is Coerthas, and Lakeland is of course Mor Dhona. It’s also got a bit of that much-awaited Hrothgar and Viera lore.

END_OF_DOCUMENT_TOKEN_TO_BE_REPLACED
Meanwhile, the FFXV crossover site is now previewing the haircuts, outfits, Orchestrion rolls, and of course the mount offered for the crossover starting on April 16th. The quest line to unlock these rewards requires level 50 and completion of the 2.0 storyline, so if you’ve been dawdling there, now’s the time to work on that; then again, since the crossover will last until May 27th, you’ve got some time.
Source: Shadowbringers site, Crossover site

Also of note Shadowbringers in multiple regions has apparently gotten a slightly higher age rating for ‘partial nudity and gore’.

I wonder who could be behind this?

So if you buy the expansion but don’t have the previous expansions you get them all. But don’t have access to them until SB drops =(

You forgot to mention Rak’tika appears to be the First’s version of the Shroud.

A sweet ride, and pretty-much-like-the-Matrix hair and glams.
OK I’m in. 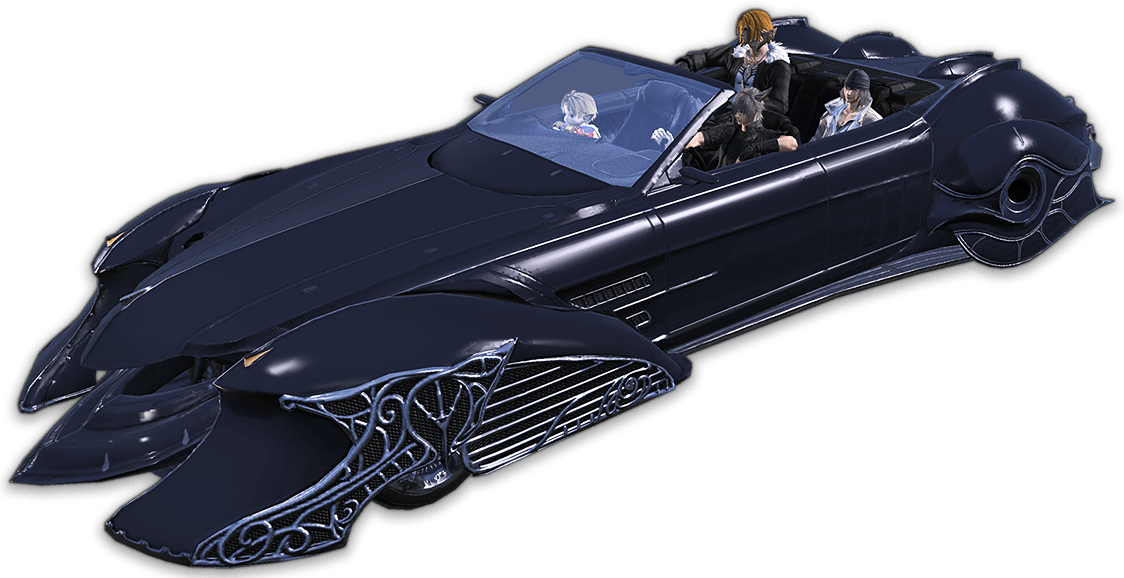 There are also some very sweet orchestration rolls that’ll be up for earning. I’m excited about those, too! :)