Welcome back to another roundup of MMOs and MMO-adjacent online multiplayer games you’ve probably never heard of – or have totally forgotten about.

Up first: Mordhau, which officially launched on Steam this week. Billed as a “multiplayer medieval slasher” with “visceral and gory combat,” it’s promising war modes and battle royale skirmishes up to 64 people large in addition to co-op and offline play if you just want to avoid humans.

We last mentioned Ashen Empires a few months ago, but we weren’t sure whether it was still being updated, and it’s not a new MMO – in fact, players are doing their best to give this ancient title a refresh in the form of a rogue server known as Dransik Rebirth. Our tipster Gareth let us know that it’s in alpha testing right now – real alpha testing with a planned wipe – with PvP and corpse-looting and old-school isometric graphics, all in an attempt to “restore Dransik to the game it was prior to the controversial Demon Spire update.” 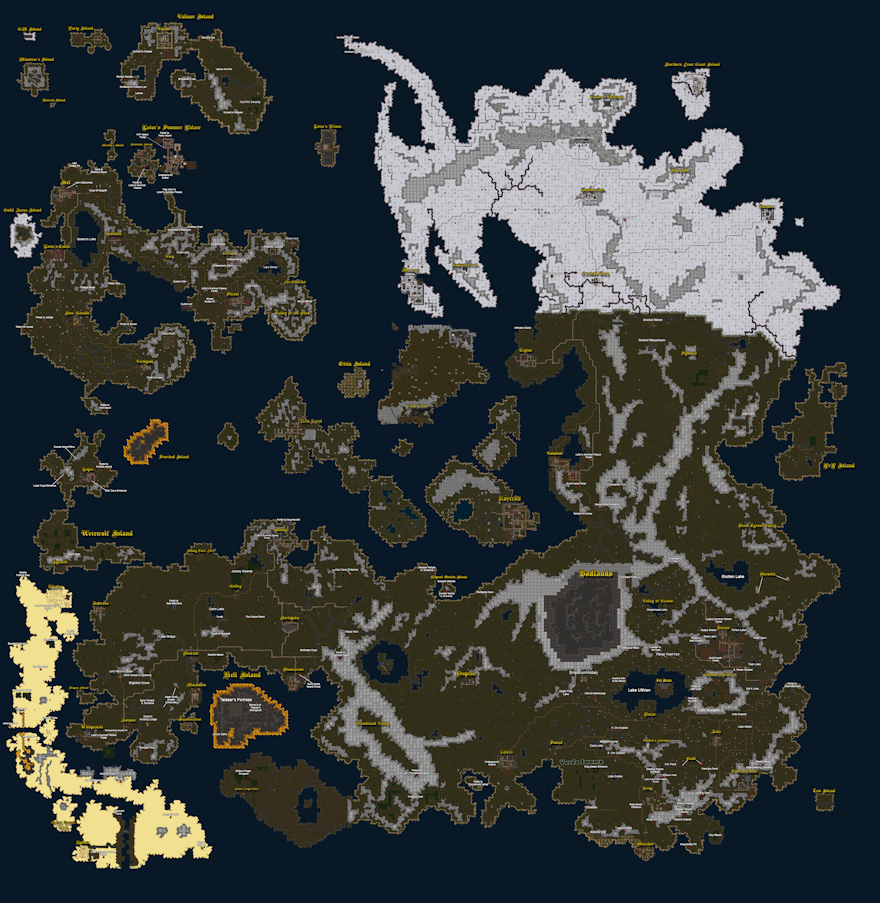 We bumped into Aberoth for the first time on Reddit; it’s a teeny-tiny indie pixel-art MMO playable in-browser or on Steam, but the mechanics are rather impressive for a game like this. It’s promising no dungeon instancing, item-dropping, construction, trade, full PvP, taming, questing, weekly content – and it’s free-to-play.

Star Sonata is another old MMO that occasionally gets love around here since we started this obscure MMOs roundup; it’s actually a solid indie space sandbox MMO that’s still getting heavy updates. Most recently, its devs have expanded the game into what they’re calling Wild Space, with new NPC factions and a weapon overhaul.

Finally, another game I’d long since forgotten about recently floated back to the top of Reddit: It’s called Kicks Online, and yes, it’s a long-sunsetted Korean soccer MMO. Apparently, a group of players has “revived” it as a rogue server, and there’s already a small but international community stomping up the green. This genre needs more sports MMOs!

With thanks to our tipsters Dimitris, Gareth, and Panagiotis! Want to put a game on our radar? Drop us an email!
Advertisement

Aberoth is definitely interesting. The Open PvP worries me a bit, but I went to give it a play and the majority of players I met were cool and polite.

I don’t know if there is a way to customize your character as a free player, but when you start it randomizes your looks, so if you don’t like your looks keep hitting “new game” until you do :D

I’m a bit scared about the open PvP but feel that the helpful people I met would probably help protect me as a new player from griefing as well.

It’s cool anyway and I’ll be giving it more testing in days to come.

Are you sure I haven’t heard of them Bree? 😜

Yeah the title is funny :D Often I’ll have heard of all of the games listed. This time there were two I didn’t know about. The Korean Soccer one, and Aberoth, which was a really great find.

Mordhau is hardly an MMO. It’s two teams just battling each other in various fashions, from Deathmatch to more objective-based stuff. It’s been quite popular on Twitch over the last week or so and is a top seller on Steam.

It’s essentially a more modern Chivalry: Medieval Warfare and is being regularly regarded as the spiritual successor to it.

Game can have more than one player: SLAP MMO LABEL ON IT!

Oh my. For so long I had been hoping to remember the name of Dransik – I knew I played it yeeeeears ago, and kept having an itch to check it again but forgot what it was called. Thanks MOP for jogging my memory after all this time!

Dransik is really no more. Dransik Rebirth is a different thing, but the game that once was Dransik is now Ashen Empires. When Dransik was bought from Jason Ely and the Asylumsoft, TKO Software rebranded the game as Ashen Empires, giving it a hefty overall graphics update. Nowadays it’s ran mostly as a hobby by a small group of developers. It has a small, but very loyal following with choice of playing on either open PvP or PvE server.

I didn’t think Mordhau was an MMO. I guess they could cover the Battlefield games too they have 64 players on a map.

Curious how Mordhau is though Ive played Mount and Blade, Chivalry and For Honor the only one that I really enjoyed was M and B with the 300 player seiges. I really hated the lock on combat in For Honor and the small arena style maps. Probably my least fav of the three.

Surprised nobody has replicated MnB yet with the large seige. Every competitor goes for arena style which is boring imo. I guess 64 is getting better though.

Mordhau looks to pretty much be Chivalry: Medieval Warfare 2.0. Folks are calling it the spiritual successor to that game.

Isn’t Aberoth the cutest? the graphics remind me of old King’s Quest games, or Peasant’s Quest :-D of course i like Ahen Empire too, nice to see some sport game here.

One more thing, the music in Kicks Online video … that was painful, it’s not the only one, why so many video games trailers have annoying music?

No one’s ever heard of the top selling game on Steam…?

Yep, this is the first time i read about