A few months back, I offered my impressions of Pagan Online‘s early access build. I found it to be a fun online ARPG hampered by the rather obnoxious mechanics around unlocking playable characters. Now, the game has launched, and I’ve now taken a second look thanks to a review copy courtesy of Wargaming.net.

Pagan Online hasn’t changed that much in the months since I last played, but the changes are entirely to the game’s benefit. Most notably, the hero unlock mechanics have been significantly revamped, and since that was literally my biggest complaint during testing, I can say that this is a huge improvement over the way things were before.

Firstly, you can now choose any hero you want right off the bat, and if you’re not satisfied with your choice, you have the option at the end of the tutorial to go back and choose someone else. That right there does wonders to lessen the risk of being stuck playing a character you don’t like.

Much as I enjoyed Anya last time, this time I chose to start out playing a newly released hero named Hector. He’s sort of an engineer archetype, boasting a shotgun, flamethrower, and various gadgets.

What convinced me to play him, though, is that he is also assisted by a number of tamed rats. Notably he can deploy gun turrets piloted by the rats, and IT’S SO CUTE AND SO WONDERFUL AND I LOVE IT SO MUCH AAAAAHHH.

[The author takes a moment to compose himself.] 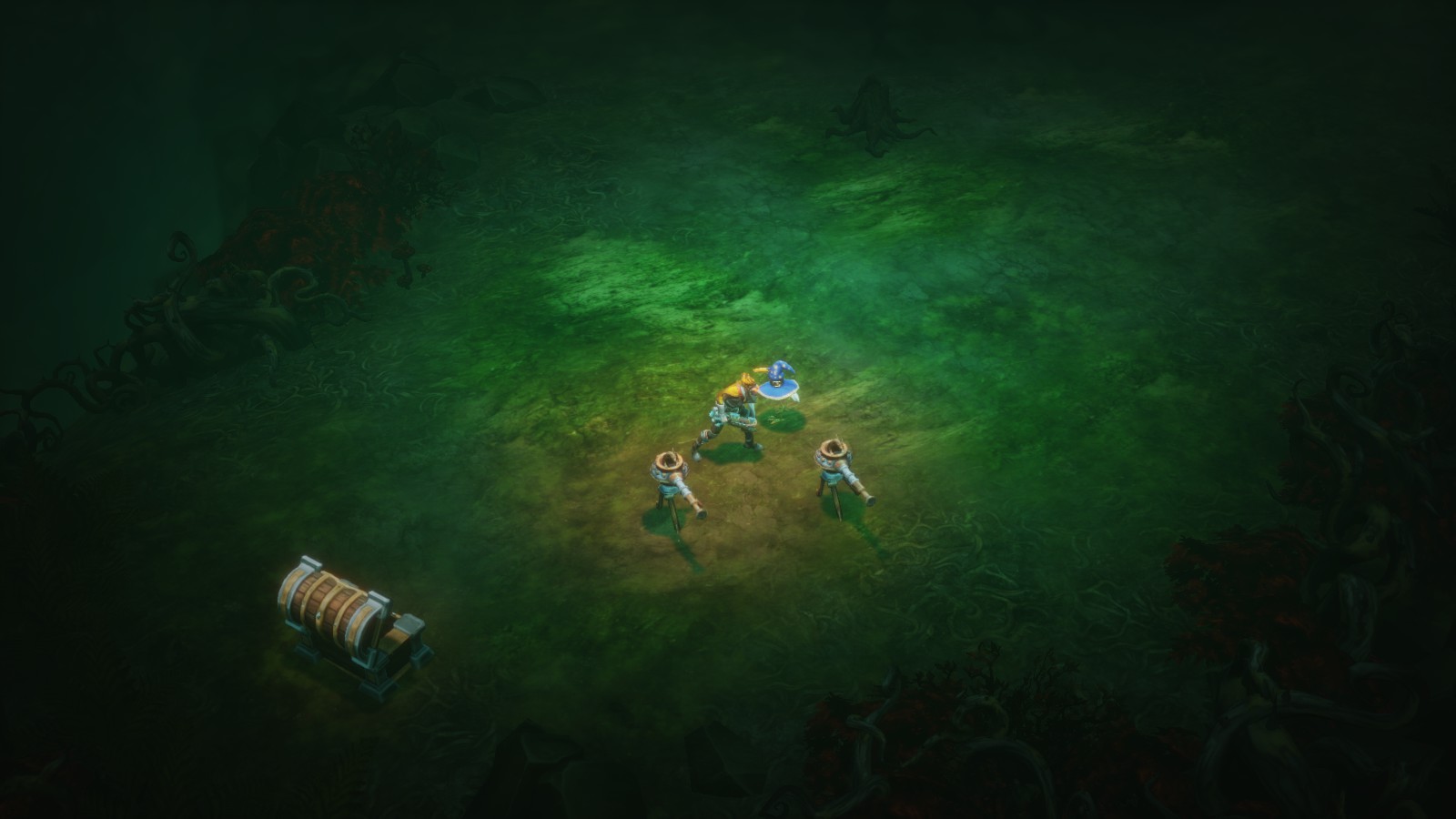 Another major positive change is that hero-specific shards that are random drops are now used only for cosmetic unlocks. There is now a separate currency used to buy heroes, and it’s hero-agnostic, so you have complete control over whom you unlock. There’s also now an option to try heroes out before buying them, so you needn’t worry about wasting an unlock on someone you turn out to not enjoy.

A downside is that the unlock currency is heavily time-gated. It only comes from completing special missions called Assassinations, and only when you complete each Assassination for the first time. Because Assassination missions have numerous unlock requirements, this throttles your ability to unlock new heroes significantly.

The first Assassination unlocks pretty quickly, allowing you to get a second hero early on, but it seems slower after that. But at least there’s no element of RNG. You have the certainty that if you complete X tasks, you will receive Y rewards.

Surprisingly, there is still no cash shop and no monetization around unlocking heroes or skins. I almost wish there were; I like this game enough I might have dropped some money on a skin or two, and if they’re not going to monetize things, there’s really no reason for unlocking skins to be as much of a grind as it appears to be.

Once you do earn new heroes, they start over at level one, but there’s an XP buff for lower-level characters based on the combined level of all heroes on your account. Additionally you can pass gear down from your higher level characters to give the new ones a step-up, but they are still going to have to grind their way back up the ranks. 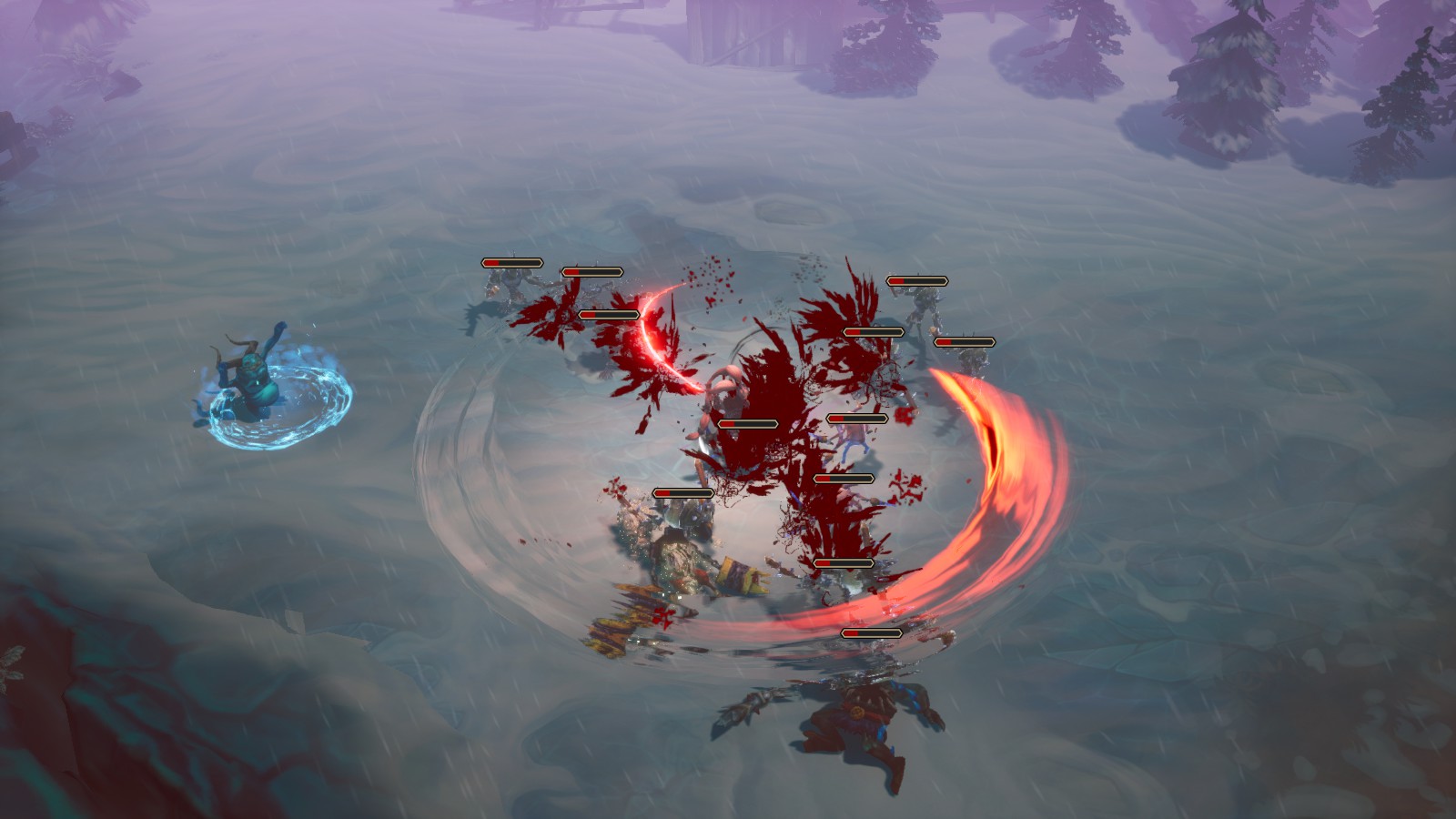 It’s a bit of a weird place to be. New heroes don’t repeat the story (you can run the maps, but the dialogue and cutscenes are absent), so it’s not like starting a new alt to experience the game again, but they also can’t just jump into the same content your main was doing like you can with a new Javelin in Anthem. I feel like committing to one path or the other might have been better.

The bottom line here is that the hero unlock mechanics are still a bit rough around the edges, but they are far better than they were in early access. That bodes well for the game, I think, especially as the unlock mechanics were by far the biggest problem with Pagan Online.

There have been other positive changes, too. By popular demand, there is now a click to move option. I consider this a positive because more choice in the hands of the players is always good, but that being said I still prefer keyboard movement myself. It makes it easy to attack and move at the same time, which is very helpful for kiting as a ranged character.

Meanwhile the build system has been revamped into something more closely resembling a traditional RPG rather than the MOBA-inspired system we had before. Each hero now has (slightly) more abilities than can be equipped at one time, allowing for compelling choices to be made, and there’s a wealth of enhancements and customization options for most abilities.

It’s still a little shallow in the greater scheme of things, but it is again much better than we had before, and the sheer volume of unlockable characters plus their fairly unique mechanics compensates for any lack of depth in the build system.

I do want to take a moment here to once again point out that the heroes in this game are really cool. A few cleave to traditional RPG archetypes, but most are very unique and flavorful. A blind boy armed with boomerangs and a pet bear, a whip-wielding blood sorceress, a dual-wielding ice elemental, the actual Grim Reaper… this game has it all. 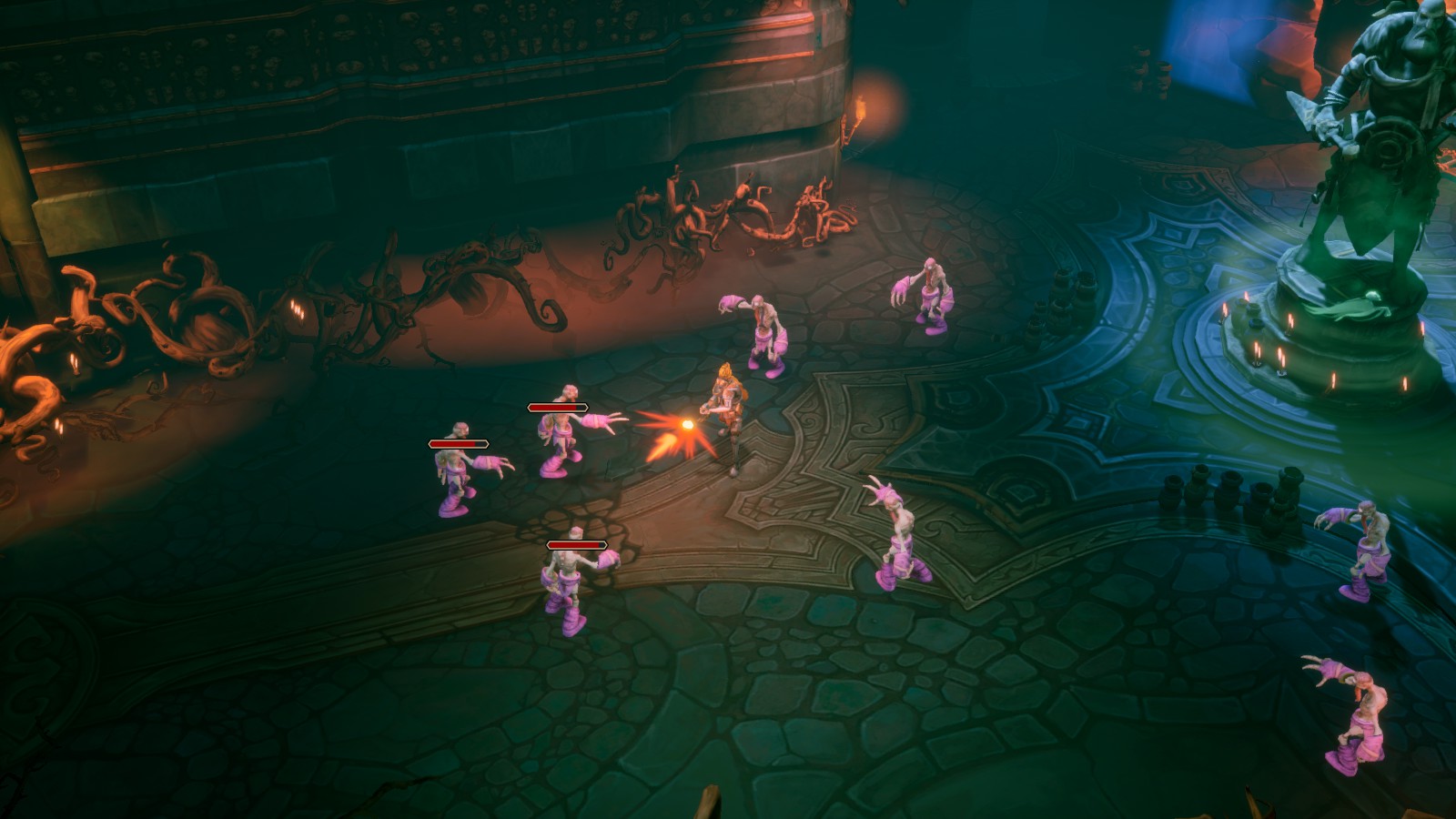 They’re mechanically interesting, too. Hector’s shotgun, for example, does more damage at point blank range, so there’s always the risk/reward calculation of whether I want to run in close to do more damage, or stay at a distance to protect myself. He’s a character who plays with mobility and positioning in really interesting ways, and a lot of Pagan Online‘s heroes have subtle depth like that.

All that being said, some issues with the game remain.

Co-op is still a bit of a half-baked feature; you can currently group with only one other person at a time, and not in campaign missions, though improvements on that front are on the way.

Crafting is a bit broken at the moment. Materials drop plentifully, but recipes don’t, and recipes are consumed on use. Suffice it to say, you won’t be crafting much.

There’s some other things that remain unfinished despite the game no longer being flagged as early access. Some alcoves in the hub zone still have just a “coming soon” sign hung over them, though to be fair I can’t say that missing those features (whatever they may end up being) does much to stop me having fun.

The one thing that does significantly hamper my ability to enjoy the game at the moment is that death in Pagan Online can be rather punishing at times. There’s not much of a death penalty in the traditional sense, but you will generally have to start over at the beginning of whatever mission you were attempting when you died. Even with the missions being as short as they are, having to repeat content like that can be really frustrating, and it discourages me from attempting higher difficulties.

A few complaints aside, though, I am enjoying Pagan Online. Sometimes when I write impressions pieces like this, I end up dropping the game as soon as I have enough material to fill out a column. That isn’t the case this time; I’m going to keep playing Pagan Online just for myself. It’s a strong entry in the ARPG genre, and I’m having fun.