Players were very excited when blue eye options were datamined out for Blood Elves in World of Warcraft: Shadowlands, then less happy when it was confirmed that those were NPC-only eyes and players wouldn’t get them. Cue last week, when it turned out… surprise! Blood Elves and Void Elves both get lots of eye colors, and now Void Elves can look exactly like Blood Elves with customization options, thereby making both races able to look largely identical.

Upon hearing this, my reaction was immediately… very positive! This is a good thing and I’m happy about it.

Seriously, people have been asking for High Elves to be an option in the game for half of forever, and so now people get it on both factions… plus a number of other elfy options if you want your elf to be more light-aspected or whatever. And I feel like that’s as good a cause as any to take a nice look at the very nature of High Elves and why their exclusion has been a good thing… until it became an albatross.

Elves were not really a thing in the original Warcraft: Orcs & Humans title. Warcraft 2: Tides of Darkness brought them around, however, wherein players now had Elven Archers sniping at people as a direct counterpart to the Horde’s ax-throwing Trolls. These Elves were, of course, High Elves, as denoted by their… totally normal eyes.

In fact, the first unit to not have completely normal human eyeballs was Alleria, whose eyes were pure white. It’s not clear if that was an art error or supposed to allude to the idea that she was different, somehow. More notable was Turalyon, whose eyes were a shining gold, an idea that someone on the art team thought was super cool and thus imported into Warcraft III.

So now all the High Elves had glowing blue eyes. Why? No reason given. The units in question were both casters, so maybe it was just being casters, but it looked cool and made sense with the glowing white eyes of the Night Elves. Then, for the game’s expansion, the whole “Blood Elf” storyline was supported by changing that color to green, using the idea that the elves had now taken all of those loose demons roaming around Quel’thalas and were sucking their mana down.

This was also the storyline wherein what appeared to be the last remnants of the Alliance were basically leaving the Blood Elves to die, so that was great. (You can see the lines that would ultimately become the Scarlet Crusade here.)

When WoW launched, of course, there were a few places with High Elves or Blood Elves roaming around, with the broad strokes being that there had actually been something of a split. In the prior game, it was stated outright by Kael’thas that there were no High Elves left, but WoW started off playing up the idea that there were both; High Elves were still trying to avoid partaking in demonic activities, while Blood Elves had split from the Alliance and were faintly aligned with either the Legion or their own motives. Regardless, they weren’t a playable race, and the few that were around used modified Night Elf models, including Sylvanas.

It was thus a big surprise and reversal when it turned out that Blood Elves were arriving as a playable Horde race for The Burning Crusade, thus flipping what had been a classic Alliance race firmly into the other camp even as a few High Elf camps remained throughout the game. The implication, then, was that this was evolution; High Elves were dying out, Blood Elves were the majority, and this was going to continue.

Theoretically, this worked. In practical terms, though, it suffered from the fact that we kept seeing High Elves everywhere. They were all over the place in Dalaran. They showed up a bunch in various spots of Cataclysm. Indeed, there seemed to be a sizable contingent of High Elves still within the Alliance, despite the fact that supposedly there were no more High Elves.

This is further complicated by the fact that, as I’ve stated elsewhere, the various elves have a very different consideration of their political affiliations than most other nations do. Because it became clearer that Blood Elves were also not terribly numerous, and also that most elves didn’t really consider themselves as part of very distinct political entities, including the High Elves and Blood Elves.

There’s definitely a split between the Night Elves and the High Elves, yes, but even in Warcraft III Kael’thas regards the Night Elves more like distant friends whom he actually teams up with for a good while. The elves of Dalaran clearly considered themselves all members of that nation, even though they were split in their identities beyond that point. Instead of Blood Elves vs. High Elves, it appeared to be a case wherein Silvermoon Elves were allied with the Horde, while a large number of Elves considered themselves just still part of the Alliance and not going back to the home city for now.

And, indeed, it makes sense. Silvermoon has been a part of the Horde for, tops, a decade or so now. Most elves of this variety live for millennia. This just isn’t a long-standing arrangement at this point. And as time has gone by the idea that there would be a firm divide between the pro-demon Blood Elves and anti-demon High Elves has disintegrated. Having Paladins starting to do the golden glowing eye thing as well helps further break the idea that you can tell the elf by the glow of eyes, to boot.

Oh, and the Sunwell is back, so there’s not even a need for those glowing green eyes now, you know?

The net result is that it makes absolute and perfect sense to allow both factions access not just to High Elves but Blood Elves as well. The Void Elf recruits were originally not far off from Blood Elves, either, and there’s ample opportunity to have some slip through. Alleria, the leader of the Void Elves, isn’t perpetually in void form. And it’s quite plausible that she’d be serving as the leaders of elves in the Alliance, potentially leading some to say “eh, screw it, I’m heading back to Silvermoon, the demon thing doesn’t bother me any longer.”

Frankly, I’d like to see this happening with more races. One of the things I was excited about with Allied Races was the prospect to see races that are otherwise unexpected in a given faction show up as allies. For that matter, I’d love to see more NPC options that people want be available. Yes, it might be weird to let player Draenei use Eredar skins, but the mechanics are there. Why not let people use non-stooped Human models with existing undead/ashen skins to be Forsaken, even beyond the non-bony options coming with Shadowlands?

In short: Yes, let everyone be a High Elf. Or a Blood Elf. Or a Void Elf, or some other new kind of elf. Spicy Chipotle Elf.

Hmmm, I wonder exactly what Justin my say or think; 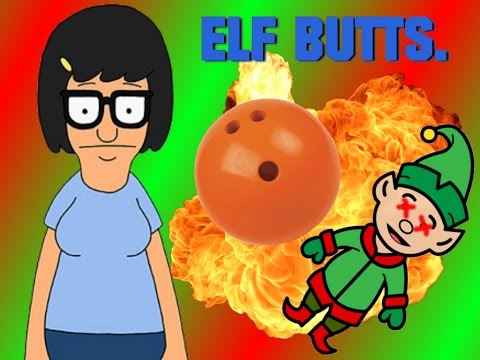 Elves are the magic Geiger counter of the Warcraft universe. Get one of those guys too close to a microwave and poof, new sub-species.

I’m all for options and customizations. I want brown goblins and blue goblins too.

And i would kill to just allow all classes play all races. Goblin Paladin boys

The Void Elf recruits were originally not far off from Blood Elves, either, and there’s ample opportunity to have some slip through.

What’s neat is what if you look at the various Elf types in the Void Elf starting area…some have green eyes and some have blue eyes.

Supposedly the idea behind the Void Elves, as we were told, is that they were a group of Blood Elves that were exiled and taken in by Alleria to help hone their abilities and assist the Alliance…but that’s really only true of that initial wave.

So the idea that the Void Elves in particular were already canonically potentially from either a Blood Elf background and were being kicked out of the Horde, or were from a High Elf background and were joining due to say being inspired by Alleria, has basically been in the game for a couple years now. Essentially, you can say your Void Elf was absolutely a High Elf the entire time before taking on the powers of the Void…and it’s more than just headcanon.

And then of course with the renewal of the Sunwell, it makes perfect sense that not only might you have some returning to Silvermoon after having left due to not agreeing with the supping on Fel energy, but those that *had* been dining on demon are starting to return to their original, non-fel eyed state as well.

Also, I think it’s a pretty neat example of a developer looking at a reaction and revisiting a decision, as according to Ion the original blue eye situation was NPC specific, but they had another talk about it after seeing player reaction and opted to go in this new (and welcome) direction.

I’m glad Blizzard finally gave in on this, even if the solution is a bit inelegant.

This only brings to mind, once more, how much I’d like the faction barrier to be softened. Lore is nice and all but gameplay should take precedent on that matter.

Limiting skin, eyes, hair, etc based on faction or class or whatever always sounds good in theory, especially 15 years ago when graphically, you didn’t have much to set each group apart from the other.

They are all the same race, with Void Elf becoming slightly separated from the rest because of the Void thing. I am glad they’re giving them shared eye colors, and giving Void Elves the Blood Elf skin tones so both factions players get their High Elf, especially since as you said, Alleria isn’t perpetually in void form.

With Alleria recruiting and “converting” Alliance-based High/Blood Elves into Void Elves, I think the approach they are taking makes a lot of sense.