During this afternoon’s livestream, ZeniMax Online Studios took the wraps off the last Elder Scrolls Online DLC of 2022: Firesong. Expect it out on PC and Mac on November 1st, followed by console on November 15th. Stadia, which we learned this morning will close in January, is no longer included as a launch platform for this DLC.

“ZOS revealed the Firesong DLC will feature 15 hours of story content which will revolve around a new, unexplored zone, the mysterious island of Galen where players will come across new characters, monsters, and plenty of political turmoil. As this year’s story comes to an end, players will earn all-new collectibles and achievements – including one that challenges players to pet all the animals on the island – and collect unique item sets that can’t be found anywhere else in Tamriel.”

As previously announced, the prologue quest for the DLC is already live for all players. In fact, we knew a bit about this DLC already thanks to ZeniMax’s past teases and roadmap; the DLC includes the culmination of the Legacy of the Bretons saga quests and new Tales of Tribute patron, while update 36 will bring target markers, text-to-speech, pet-hiding, and housing tweaks. 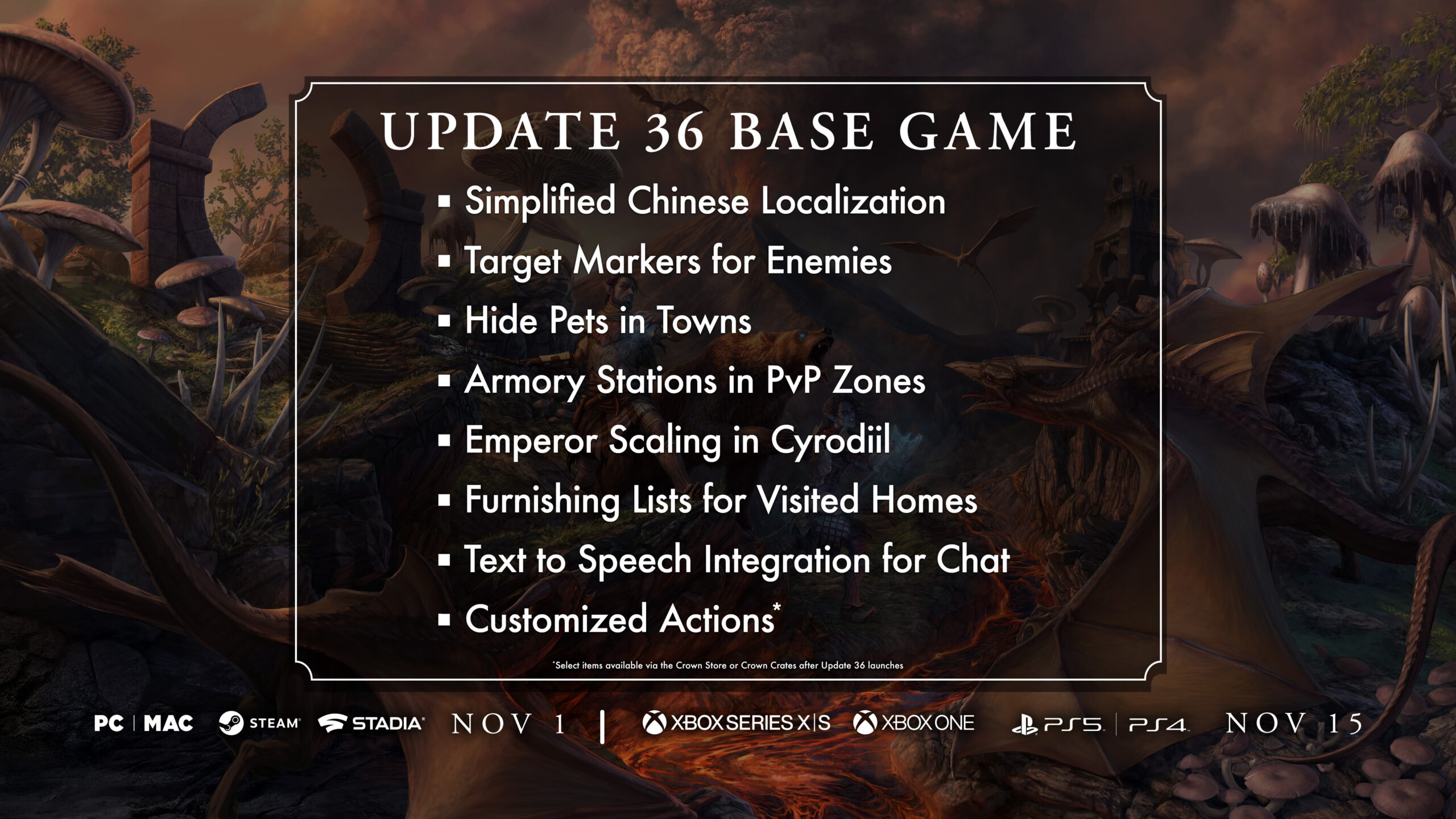