EVE Online is bringing in the forthcoming Uprising expansion with a bang, quite literally.

END_OF_DOCUMENT_TOKEN_TO_BE_REPLACED

According to CCP’s event lore, the Amarr empire placed experimental transmuter technology in the New Eden system of Turnur in an attempt to quickly and efficiently harvest stellar energy. But this equipment caused an unforeseen destabilization of the system’s star, resulting in the Amarr hastily shutting down the transmuter and in mass evacuations of the surrounding planets and stations.

Unfortunately, those efforts came too late. Last night, a “major stellar event” caused mass destruction and casualties throughout the region. Local pilots reported losing 80% of their ships’ hull, and the planet closest to the star appeared to be covered in flames and seismic activity. Reportedly, one NPC station and at least one player-owned station was destroyed. Travel gates were temporarily disabled but quickly recovered functionality. In all, it seems that the star itself did survive – but the blast annihilated any structure in close proximity.

An extreme stellar event has devastated the disputed system of Turnur as a radiation burst and wave of supercharged plasma exploded from the star.#NewEdenNews #tweetfleethttps://t.co/2PuMKkGXLc

It’s still not completely clear how this world event will play into the faction war update promised by the arrival of Uprising. This is the kind of approach hinted at by CCP at this year’s Fanfest, so players should expect more narrative-driven content designed to explain new systems and mechanics changes. While the initial silence from the Icelandic developer immediately following Fanfest (on the heels of a $5/month subscription price increase) left many players critical of the approach, players have apparently begun to return to the game after months of declining logins – and story hooks like this might help. 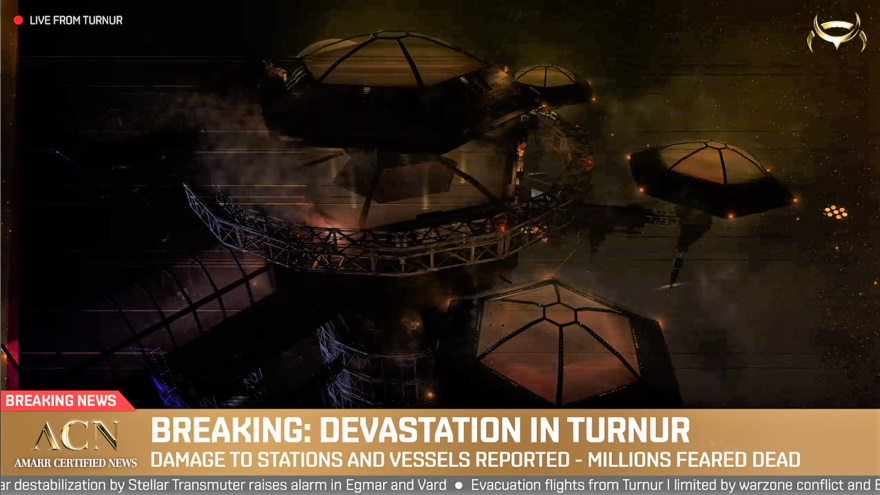