It’s safe to say that EVE Fanfest 2022 was very much a social event first and a game event second, with fewer concrete announcements of new features and gameplay compared to previous years. Among the main announcements were the reveal of a new partnership with Microsoft to enable data export directly from EVE Online to Excel, and the news that a Spanish client is on the way.

END_OF_DOCUMENT_TOKEN_TO_BE_REPLACED
A huge faction warfare revamp was announced, including a “front line” territorial system and the beginning of a massive faction warfare storyline arc to be delivered as events in-game. The new player experience is getting some pretty big improvements, and corps will soon have more tools to help them assist new players. A new cosmetic hologram system will let you show off your skills to other players, the UI is undergoing a total overhaul, and character attributes are finally being removed.

One positive announcement was the return to full-fledged expansions. Updates over the past two years have been delivered in four themed packages per year called Quadrants. Each one contained features and balance changes relating to a particular theme and a series of related in-game events, and three quadrants were dedicated to the Triglavian storyline arc. We will instead get bigger themed expansions and the regular patches between with balance changes and other tweaks.

Quadrants may or may not have been good for CCP internally, but they certainly didn’t lend themselves to huge content or feature drops the way annual or bi-annual expansions did. We saw the same issue when CCP went to 10 yearly mini releases in 2014. Expansions give players something big to prepare for, they keep the game relatively stable for 12 months until the next one, and they give developers something big to announce at Fanfest. The next expansion is assumed to be dropping in Q4 of this year as many of the upcoming features are slated for that time period. 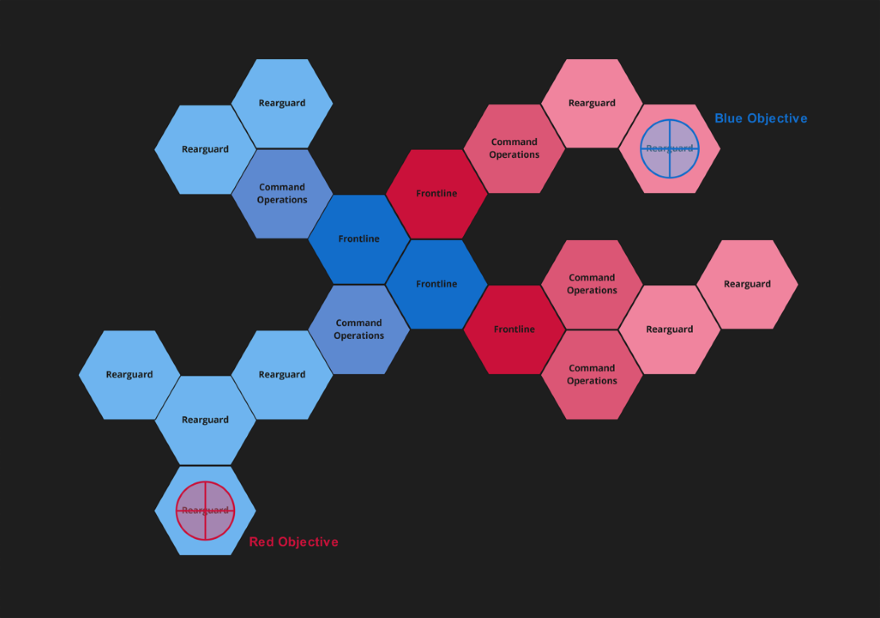 Faction Warfare has been badly in need of a major update for some time, with its last major overhaul being back in 2012 and a few other significant changes being made over the years. The biggest part of the upcoming overhaul is that we are finally getting a territory mechanic with functional borders. Star systems bordering enemy space are designated Front Line systems and will be far easier to capture and provide much greater PvP rewards.

Star systems one-jump further into your territory will become Command Operations systems with some new strategic purpose (think supply lines during a war), and those further back will become hard-to-capture Rear Guard systems. This will help concentrate the fighting into the borders between factions, creating an organic pushing back and forth of territorial lines. It will still be possible (though much harder) to capture Rear Guard systems if it would be a strategically smart move.

Players are going to be allowed to fight on behalf of their faction without dragging their whole corp into it by using a new Allegiance system. This lets individuals declare allegiance to a faction on a personal level even if they are in a corporation that wants to stay out of the fighting. The reward tier system will also be replaced with big rewards for helping your faction’s goals, such as by being part of the fleet that captures a strategically valuable star system.

One part of the upcoming Faction Warfare revamp has actually already started — there are clues in-game and in videos delivered at Fanfest about new story arcs that are starting now and will take us to the new faction warfare mechanic by Q4 this year. CCP Aurora explained at Fanfest that the Living World team’s primary focus will actually be on faction warfare for the next several months or possibly years, and that these living story arcs will be used as a way to introduce new items, ships, and features to the game.

Each faction will have tangible goals working toward to an overall agenda, which developers will guide in order to play out a story arc. Anyone declaring their allegiance to the faction will see the current goals, which might be things like defending a structure while it deploys or capturing a certain Front Line star system. The NPCs won’t just do it themselves though, it’s up to the players to achieve those goals for their chosen faction and if they don’t then devs will just evolve the story in a different direction.

In principle, this reminds me of the live events behind the development of cloaking technology back in 2005, the tech arms race events that led to the development of tech 3 tactical destroyers, or even the story-based introduction of citadels through the Upwell corporation. CCP seems so confident that this paradigm will be engaging that developers on stage said that major new content and features will be released via story arcs and depending on the actions of players. 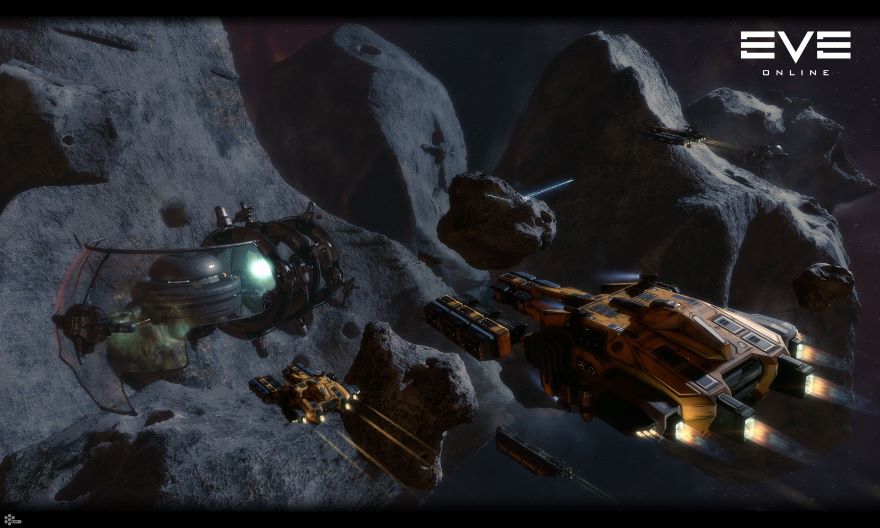 The New Player Experience is getting better

EVE is pretty well known for being inaccessible to new players, but CCP has invested a lot of dev time over the years to revamp the new player experience and try to improve retention. The tutorial sequence is now a fully voiced and guided story experience about your ascension to the ranks of immortal capsuleer by the AIR corporation, and it introduces the UI to the player one button or panel at a time so that you aren’t overwhelmed by the game on first login.

We saw some interesting graphs this year showing that this approach has actually worked to increase the average play session length for new accounts, and there are still more improvements on the way. The new player experience will be expanded to include a new set of career agent missions that will temporarily grant new players the ability to fly certain ships in order to test out a play style before committing to training the skills permanently. We even heard that there may be rewards for corporations that recruit new pilots and help them through the career agents.

This may not seem like a major announcement but trust me, it’s a big win for the power players who run corporations and alliances. It will soon be possible for corporations to tax a percentage of the Loyalty Points earned by their players, to add value tax to market transactions, and potentially tax other things too. This is a huge deal as corporations need that income to support newbies, fund ship replacement programmes, stock corp hangars, and pay for upkeep of structures. Currently they can only take a cut from NPC bounties, so there are dozens of other play styles that can’t be taxed.

New ways to generate tax revenue from corp-run structures such as manufacturing complexes will make them profitable and provide an incentive for corps to defend them. Ultimately, this should lead to more highsec wars where two sides actually fight, which is amazing PvP content for small organised groups and provides scope for mercenaries to thrive. There was also talk of possibly making it so that the attackers have to commit something substantial to attack a structure, such as anchoring their own offensive structure or tethering a ship in place, which would make defending a structure more worthwhile. 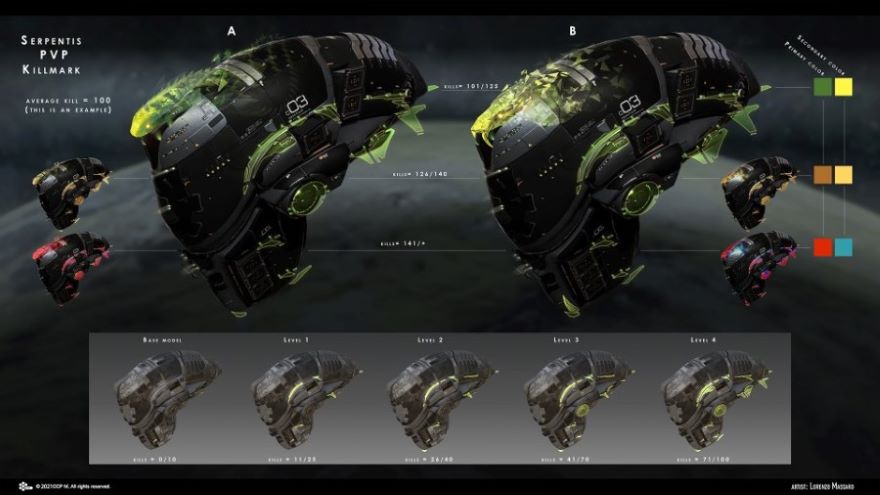 A whole new cosmetic system called Heraldry was announced at Fanfest, which will provide a wide range of new visual customisations for both ships and structures. We’re finally getting corp and alliance logos on our ships, and some cool new ways to display killmarks on ships. There will be holographic effects you can equip to ship that change depending on your kills, standings, and other factors in order to let you show off your abilities. There was even talk of statues of corp leaders sitting outside structures.

These cosmetic rewards can be bought with a new untradeable currency called “Interbus Credits” that must be earned in-game. They function like untradeable loyalty points and will be earned by just playing the game and completing small challenges in everything from mining and mission-running to PvP. I followed up this announcement with some questions to devs, and they said that that the idea of certain cosmetics being gated behind certain major achievements or battles was not off the table.

Disclosure: In accordance with Massively OP’s ethics policy, we must disclose that CCP paid for our writer’s travel to and accommodation at this event. CCP has neither requested nor been granted any control or influence over our coverage of the event. One of the PR guys did tell me I have beautiful eyes though, which I have to say is a bold new PR strategy.

EVE Fanfest 2022: All the major EVE Online announcements from Fanfest

EVE Fanfest 2022: EVE Online is getting a Spanish client

EVE Online shares a ‘megablog’ of details, events, and schedules for its upcoming Fanfest