Earlier this week, Justin asked what gives you hope for the future of the MMOs. As you might expect, the responses were many and varied, with some people naming a far off game or two while a few said that current titles are all they need from MMOs. Still others said — and I quote — abandon hope all ye who enter here because the genre has strayed so far from its original identity that it now serves an entirely different playerbase.

If you’d asked me this question a year or so ago, I’d have fallen firmly into that last camp. The genre has inarguably changed, and arguably for the worse, especially if you are a fan of sandboxes, grouping, virtual world gameplay in general and non-combat gameplay in particular. But as I said in my own comment, better days are ahead, thanks in my opinion to a handful of independent MMOs.

Discourse surrounding Star Citizen never fails to crack me up, and I’m not just talking about Derek Smart’s absurdities or the many faces of Manzes. There’s a sizable contingent of people who seemingly want this game to fail, and I’m not sure whether that’s because they’re just uninformed or because they have a vested interest in some sort of competing title. I’ll go with the former supposition, given how frequently these armchair critics call for government oversight of crowdfunding and similarly shortsighted demands.

Really, though, “competing title” is a misnomer because there is no title, MMO or otherwise, that can compete with Star Citizen’s feature set. 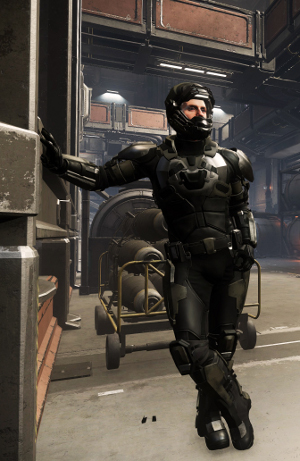 Yes, yes, you’re a project manager or a developer or you know someone who is, and you don’t think there’s any way that Cloud Imperium can deliver what they’ve said they’ll deliver. Except they’ve been doing it. Sure, they’re late more often than not, but still, how can you continue to argue with easily verifiable reality?

And what if, a couple of years from now, the full game launches and it is in fact an incredibly polished and feature-rich virtual world? Stranger things have happened. The opposing view typically boils down to “the devs I’ve talked to said it can’t be done with the money CIG has raised.” To which my response is “perhaps the devs saying it can’t be done for X amount of money are overpaid because it is in fact being done.”

It saddens me that just about every Star Citizen mention devolves into this sort of farcical flame war because the fact of the matter is that everyone with an interest in MMOs, space sim fan or not, should be rooting for the title to succeed. The game’s success can only help the MMO genre, both by proving that there is a (very large) demand for immersive, involving gameplay that’s more than a progression grind and by raising the bar in terms of project scope and visuals.

I’ve been keeping The Repopulation at arm’s length, both because I think it needs more time in the oven and because I’m anticipating playing it quite a bit when it finally launches. My preview sessions earlier this year were more than enough to vault the sci-fi sandbox near the top of my watch list, though, and the fact that such a deep and ambitious game is being made by a tiny dev team only adds to the flavor.

Did I mention that Above & Beyond Technologies has admitted to being inspired by the late great Star Wars Galaxies on multiple occasions? Enough said, frankly.

Camelot Unchained is a bit outside my personal wheelhouse, since I’ve never been much for RvR or really PvP in general. It has its place, granted, and I’m keen to craft my way through City State’s fantasy sandbox and hopefully supply my more bloodthirsty comrades with the tools necessary to achieve their goals.

More importantly, though, Mark Jacobs and company are a refreshing departure from the tired and erroneous notion of the MMORPG as mass market entertainment. Camelot Unchained embraces its niche and its niche audience in a way that every MMO should. This is a game by fans, for fans, and while many a PR person has used that phrase to hype derivative themepark #1,138, CU lives and breathes the mantra by sticking to its PvP (and its subscription) guns instead of selling out for more players.

The MMO space desperately needs more titles and more dev teams like that.

Project Gorgon’s commanded a lot of attention here lately, and rightfully so. It’s a throwback in all of the right ways, and much like Camelot Unchained, it’s being developed by a firm that doesn’t particularly care about hitting it big as much as it cares about making the game that it wants to make and the game that bigger studios are afraid to make.

Yeah, it could use a visual upgrade — and that’s purportedly going to happen now that Elder Game is flush with some well-deserved Kickstarter cash — but even without the graphical bells and whistles, Gorgon is one of those titles that reminds old-schoolers why they liked this genre in the first place.

Revival is something of an x-factor, and while you can actually play portions of the other titles on today’s list, this one is completely theoretical. The theory’s pretty fascinating, though, and I encourage anyone who’s even remotely interested in non-linear virtual world gameplay to read through Revival’s various dev blogs and forum posts in order to see what the team at Illfonic has up its sleeve. 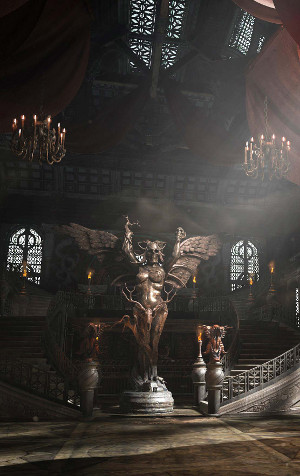 The game has of course made headlines for its use of sex, but thinking of it as that MMO with funking really does it a disservice. Instead, consider this excerpt from Illfonic’s mission statement and realize that it’s just one of the ways in which Revival purports to reclaim the MMORPG for immersionists.

“Gone are the days of poring over walkthrough websites featuring a lengthy description of the process that you will then undertake to defeat the Dreadlord Ignominious Thrax, just like everyone else at your level, only to leave him alive for the next group in line,” the statement says. “Finally behind us are endless runs through the same content, only to get a chance at receiving a purple bit of gear that all of the others of your class on the server already have. Items in Revival are as individual as the players, and building your personal kit is a reflection of your individual playstyle, not the rote completion of a template.”

So yeah, I’m pretty hopeful about the future of MMOs, thanks to these titles and others like Shroud of the Avatar, Shards Online, and even smaller-scale multiplayer joints with MMO features like ARK: Survival Evolved. All of these projects are unapologetic in their presentation of deep, immersive, and feature-rich titles that are worlds first and games second, which is a welcome departure from the grind-to-get-gear-to-grind-to-get-gear nonsense that World of Warcraft and all of its unfortunate offspring have visited on the virtual world space for the past dozen years.