When Knights of the Fallen Empire launches for Star Wars: The Old Republic, certain activities will not be available in game anymore — specifically, quests like the Makeb staged weeklies and the Nightmare achievements for Eternity Vault. You should also remember that many of the regular story missions will also not be available once you start on the KotFE missions, and the developers have said that many of those quests will affect the story in KotFE.

We have only a month until the expansion launches, so we have to prioritize which missions and achievements we want to get before the expansion. And if you’re looking for recommendations from me, how handy — I happen to have six suggestions. 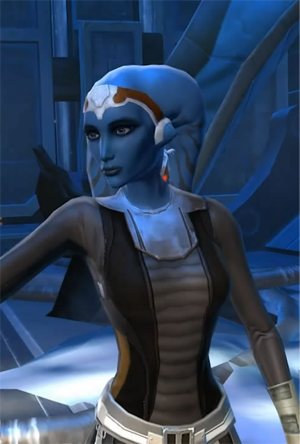 I would recommend doing as many companion missions as you can. Most of them require only that you speak to your companion over and over on board your ship, but on occasion, as with Vette, you are asked to travel to a planet to do something with or for your companion. That usually turns out interesting.

Now, there has been some confusion regarding class stories due to some posts on the official forum. Some players believed that the companion stories were going away completely. This is false. However, it is true that once you start the Knights of the Fallen Empire storyline, you will not be able to go back to do the companion missions. I assume you cannot do this because the choices made during those missions are integral to the KotFE storyline.

Getting through the companion missions can be done rather quickly. The simplest way is to buy them gifts. Conveniently, there is a vendor on the fleet that will sell rank 1 and 2 companion gifts for rather cheap. If you’ve not done any companion mission with your companions, then I would recommend maxing out the affection with the rank 1 and 2 gifts first. It will cost about 100,000 credits at most, but if you do that beforehand, you can earn more affection while doing the missions themselves. Then when you finish the missions, you will ultimately spend less time and money on gifts to max out affection, if you want to do that.

If you are just looking to do the missions, then you’ll be fine just getting the rank 1 and 2 gifts. Which gifts work the best with which companions? Dulfy has a great guide on just that.

If you’ve not played through the Shadow of Revan storyline and the prelude flashpoints, then I recommend doing that as soon as possible. There are some weak spots on Rishi, but once the story reaches Yavin, it is not only a lot of fun to play through but the nostalgia factor is turned up to 11. (Minor spoilers follow!)

Click to reveal spoiler
Not only do we find out the fate of Revan after the confrontation in the Foundry flashpoint, but we also find out more about his connection to the Emperor and how he ultimately hopes to end the Emperor’s reign of terror. We have been told at cantinas and other places that the story in Shadow of Revan leads directly into the expansion. People have speculated how they connect, but BioWare has not made any official reveals.

(Spoilers continue in this section.)

I certainly recommend playing through some of the other stories, like the Imperial Agent (my favorite), but the Jedi Knight and Sith Warrior stories have a direct tie to the Shadow of Revan story, and I’m also assuming they will have a similar connection to the core storyline in KotFE. So I recommend playing through both of them if you have not already. There is still enough time if you’re subscribed and have the 12x XP bonus.

Although BioWare initially said that it would not get rid of any of the nightmare versions of operations, changes to that plan were made a couple of weeks ago when Community Manager Eric Musco announced that nightmare Eternity Vault and Karagga’s Palace will indeed go away when the expansion launches.

Although Musco said that the associated drops, like Karagga’s hat, will be moved down to the hard mode versions of those operations, the titles and related achievements will not be acquirable after the launch. That is the primary reason I’m suggesting that you run these instances now. And if you’re looking for a group to do that with, my guild on The Ebon Hawk is doing just that. We have multiple raid groups running different bits of older content for achievements and other rewards. Join the MassivelyOP channel in-game on the Imperial side for more information on how you can join in the fun. 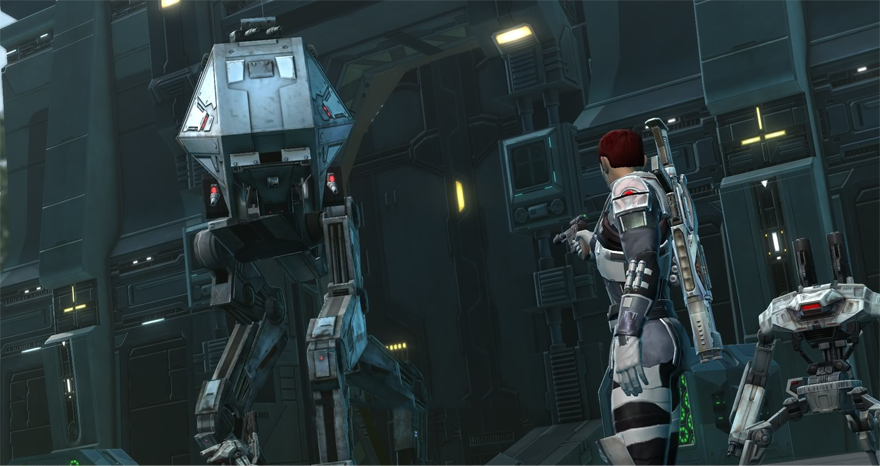 Unlike the nightmare version of the other two operations I mentioned, this one is not going away. Its nightmare version varies mechanically from the hard mode version. But it is still a level 50 operation. That means that even in its hardest difficulty, most attacks from the bosses will not land at all, making the fights fairly easy on the healer.

If you are an achievement hunter, as it seems I’m turning into, then you’ll want to get a group together to run this operation before the expansion launches. Once the changes hit with KotFE, then operation will be level 65 and consequently be just about as difficult as it was when it first released.

I cautiously send you an invitation to this operation from our guild, but I will warn you that we must be a bit more selective about whom we bring on this operation. Many people in the guild haven’t received the rewards or achievements for this op, and it does require paying careful attention and following instructions in order to get through some of the bosses, regardless of level.

In another post on the official forum, Musco explained that the Makeb Staged weeklies are also disappearing forever, although this time the reasoning is a little bit less straightforward. I believe that part of the reason that the staged weeklies are disappearing is that no one did them and it was kind of a complicated process to get them done. However, I don’t understand why that is a good enough reason in the first place.

At any rate, it does literally take three weeks to do these staged weeklies, so if you’re starting from scratch right now, you will barely have time to finish them. If you’re looking for a guide on where to pick up and complete the missions, then look no further than Dulfy again. There is a decoration reward that might make this one worth doing!

Those are my recommended must-dos before the expansion launches, but also remember things like planetary quests and most solo content will not be available to you once you start doing the KotFE content. Do you have an recommendations? Let me know in the comments.

Larry Everett jumps into his T-16 back home, rides through the hypergates of BioWare‘s Star Wars: The Old Republic, and posts his adventures in the Hyperspace Beacon. Drop him a holocom on Twitter @Shaddoe or send him a transmission at larry@massivelyop.com. Now strap yourself in, kid — we gotta make the jump to hyperspace!

I’d argue that dark side <insert any republic class> was done poorly all around. LS/DS Sith Warrior and Imperial Agent were, in all fairness, the only two class stories that I felt had any real narrative heft to the differences in morality.

Krald Depends how you look at it. The DS Knight is more of an ‘anything to get the job done, no morals if it means the survival of the Republic’ kind of a guy, while the LS Knight will stick to his morals even if it’s not the best idea. The DS Knight also gets carried away and easily does unnecessary evils too, though.

ColdinT Janio2 the staged weekly, at least on makeb is fairly simple and straightforward under normal conditions but it did become more complicated if you were trying to get all the achievements before they go away. the makeb weekly is also worth another 70-100k credits (7 missions at 13k each) plus comms and rec, which made it pretty lucrative. most people avoided them because they felt it took too long or just didn’t like makeb to begin with. when i needed to rebuild my credit stash, makeb was where i usually started.

Agree wholeheartedly with the DS knight story making fuck all sense, which is a shame cause playing a light sided warrior was so entertaining, well written and thought out

TheChiefTurtle No, all old expansions go free for everybody. For  the new one you have to sub and after releases you will need to sub for the mini chapters when come out to access them.

Yup. Only for subs.

As I understand it, SWTOR version 1.0 will still be accessible, so if you still haven’t progressed through all of the class/companion quests at the launch of 2.0, you will be able to do so if you go from 1 to 60. There are some hidden gems in some of those quests so well worth the trip in your spare time. In addition, you won’t need to worry about gearing your companions (although you can still give them transmog outfits) as their abilities and stats will scale automatically – no more commendation farming, and easier companion swap-outs!

Good advice in the article.  A few lilttle minor things I would add just to kick things off right.  And I do mean very minor.

Screenshot your skill points.  Yes, they are going to change, but at least you won’t struggle to remember what you had.

Run every daily you can the day before and do Not turn any of them in.  With an XP boost activated, it is always great to start leveling a new with a bunch of XP waiting just for the turn ins.

Get your mats ready now crafters.  Same principle as the dailies.

And last but not least.  Take advantage of the character transfers now.  The 90cc price will be going away soon.

Our guild is ramping up everything at the moment.  Which is great!

sray155 I’m pretty much only running toons who’ve gone through the whole game: no auto-60s for me.

Project Gorgon works on a patch with new animations and low-end...