I should have known better. I really should have. A couple of weeks ago, I challenged Massively OP’s readers to submit “disturbing, grim, or macabre” screenshots from their games. After sifting through many unsettling scenes, the one that shook my grasp on reality the most was the following clash of hues in ARK: Survival Evolved.

“What could be more disturbing than a dinosaur parade led by Hello Spino?” SC_Deadline asked. I know what you’re thinking. You’ve seen the black-and-white banner up there and figure all is well with the world. Well just you wait. Wait until after you shoot past the break and crash into the colorstorm that follows. You might want to put on a seatbelt! 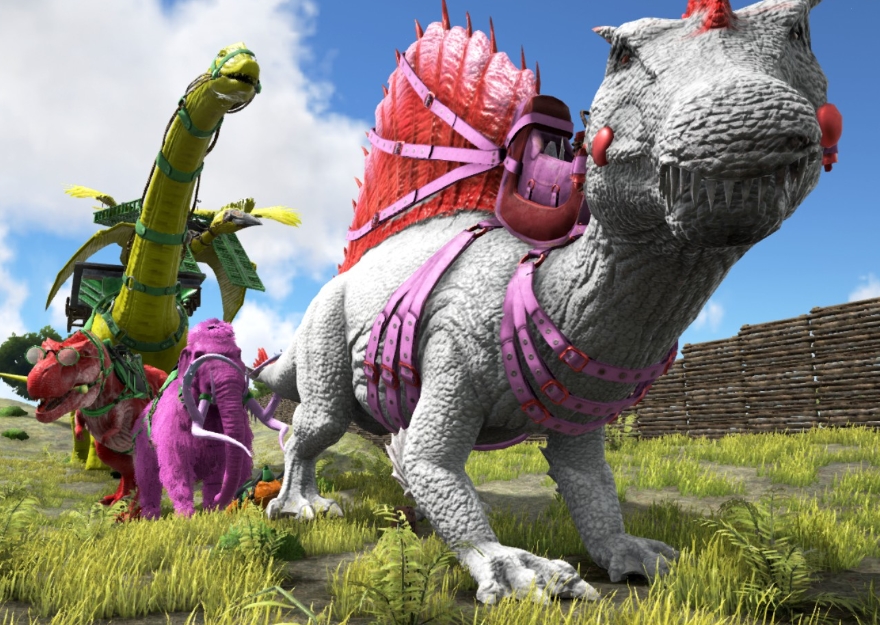 Now that you’ve gargled your eye sockets with mouthwash to reset them, feast your eyes upon this mount abomination in RIFT. Oh sure, we are used to giant spiders in MMOs because developers are working through their collective childhood fear of the eight-legged beasties, but there’s something so very wrong about saddling up on one and casually going for a ride about the town.

Winterskorn doesn’t think so, apparently. I guess he’s OK with his ride occasionally wrapping a neighborhood kid up in a silk cocoon for later juice harvesting. Goes with the whole package. 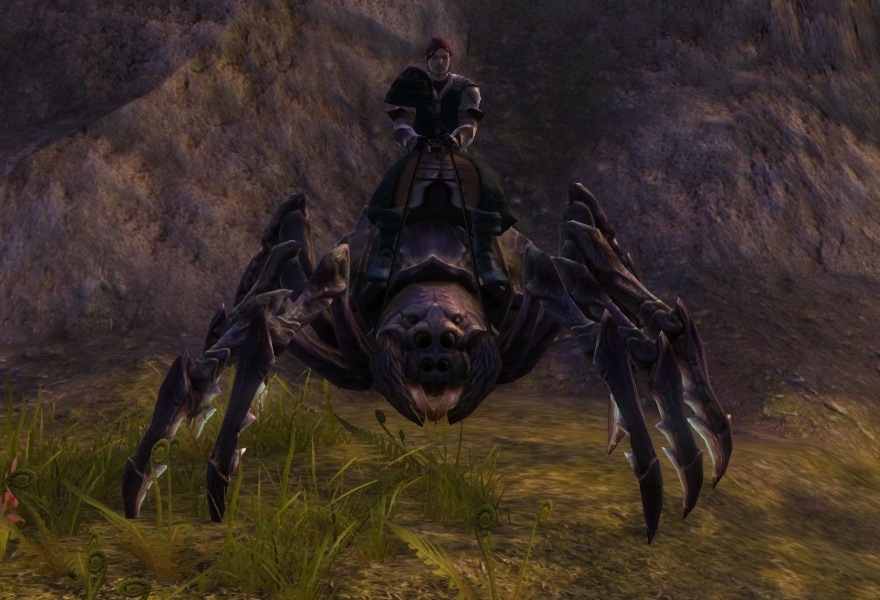 “I recently returned to Anarchy Online,” Chris writes. “Having not played in years, I needed to basically re-learn the game. So I made a new Trader and found myself in a dark and dangerous place. After many challenging encounters, I managed to fight my way through to the end, claiming my reward! Still to this day, I have not played an MMO that generates dungeons on demand the way AO does.” 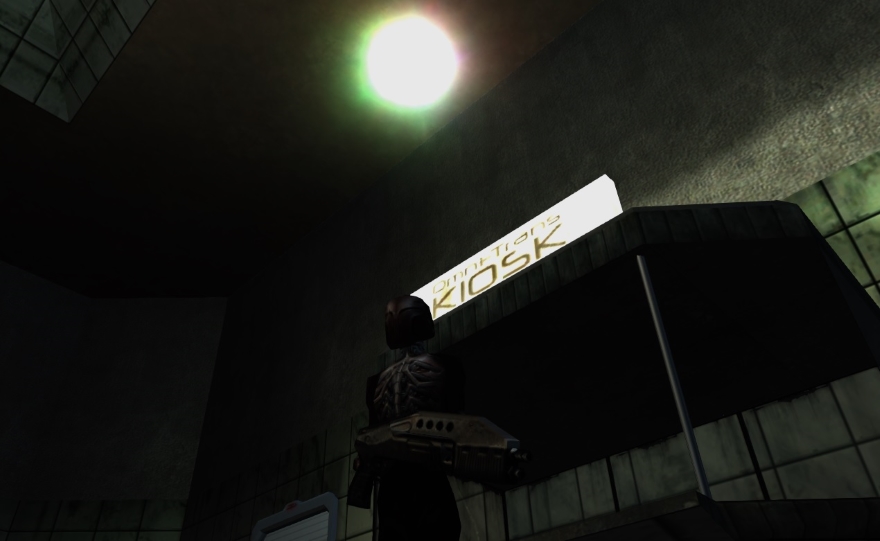 KirkSteadman shared this tableau from Black Desert: “My Tamer was exploring some underground caverns in the Calpheon region and stumbled upon whatever the hell this thing is. I prepared my self for battle but soon found out he was friendly and just wanted to teach me some lore. Black Desert is a truly crazy game.” 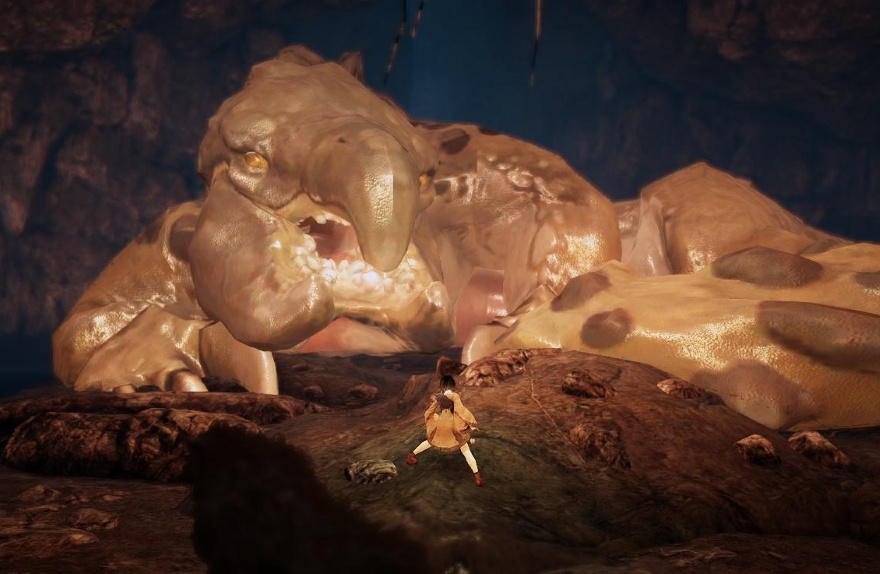 I have a soft spot for certain MMOs when it comes to screenshots, and for whatever reason, Firefall is one of them. I think I simply like the art style and palette, even when it’s mostly obscured as in this picture from LordOfBread. 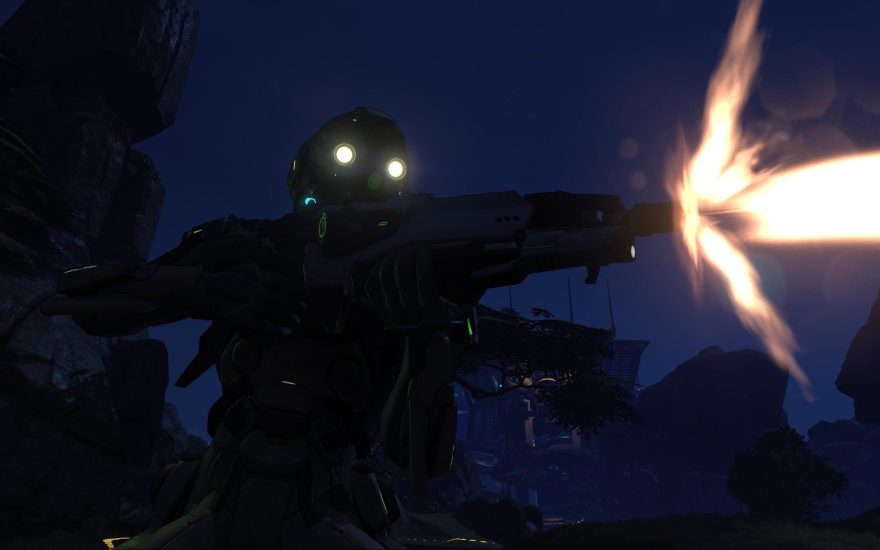 Have we done intro zones and tutorials for a screenshot challenge? I bet we have at some point, but why not toss it out as a call to the community again? Submit your favorite pictures of the first areas you see in MMOs along with your memories of those moments.

Oh nice! I made it in.  Here’s one from Dark Souls 3 I took earlier in my first play through, its not an mmo but damn its a fine game.

Qarran  Nice!  Well if your weapon is going to be the biggest target then I suppose there is some logic to your weapon having its own armor.   It’s not like the actual armor will do much for you anyway (except those rad boots, only a monster would try to ruin those).

camelotcrusade Qarran  You are right.. it is a very strange sight.  At first I though, bots.  But…  all those axes you see are rng heavy and hard to come by and not tradeable (no money to be made).  Some of those oufits too, especially the black ones.  And bots sand on exactly the same coordinate so they look like one toon.  But mostly because there is nothing to bot in the starter area. Lol

No… I’m guessing a guild meeting to decide on their look.  But…. who knows.

Here are the axes you are seeing on my little Gon.

deekay_zero GoJammit I wouldn’t say I’m rushing it. I just know I have a tendancy to dilly dally. So much time wasted sorting through my inventory. Hooked up with some guys to do the lvl 23 mission I think. 22 or 24. Either way. After that unlike all the other times most of us stuck around and cleared the zone of all missions and continnued on to the next, until we cleaned up that vone also. and another mission. So much more fun that way, by the way. I was having a blast alone, but with a team is definitely the way to go.

The nice thing about Second Life is that all the content is community made, and some very skilled and professional designers use it as a free sandbox, or even as a side business (since Linden dollars can be exchanged for real dollars).  The fact that there is real money to be made means some very good items can be bought.  Hundreds of skins made from photos of real bodies, etc., with all the usual details intact, but truly you can be anything.  Robot, tiny, furry, vampire, whatever your heart desires.
As you can imagine the real money is in making ever-more-realistic human avatars, however. I see that it’s been cranked up a notch here…
Gawking at a new generation of excellence – sculpted mesh avatar bodies.   The avatar arms race continues in SL..!

Qarran  I love it.  It took me a minute to realize all that business on top was really a thicket of weapons.  Also, that guy with the peg-board armor… why does his armor have holes but his weapon is wearing pauldrons?

I came upon this view in Black Desert when leaving the starter village of Olvia and heading to the nearby Velia….

I don’t have a screenshot to add, but the memory of leaving Freeport in Everquest 1 and beating up on orc pawns, and training them to the guards, was magical for me and got me hooked on MMO’s for life.  I was about to die that first day when some other players ran up and healed me and helped thump them, I was also hooked on ingame friends and guilds from that time as well.