END_OF_DOCUMENT_TOKEN_TO_BE_REPLACED

Here we are, folks, staring down the barrel of the latest major patch. If you’re feeling a minor set of trepidation simply because that means it’s time to contend with Final Fantasy XIV housing and all the racing that implies… well, I’m right there with you. But hey, however that turns out tomorrow morning, there’s new stuff to do in the actual patch, and I always do like to pick apart the patch notes when the time rolls around.

The notes are as extensive as ever, of course, so I’m going to be hitting the highlights rather than going line-by-line. The patch as a whole does feel a little bit thinner, but there are some pretty notable changes tucked in there that you either didn’t notice or did notice and might not have internalized. So let’s take a trip down patch note lane. 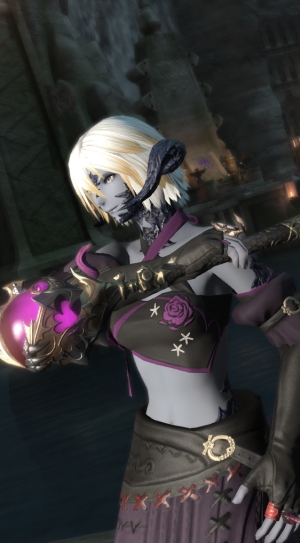 We’d all been expecting that something would be dropped from the Expert roulette, but it turns out… no, the single new dungeon is just straight-up being added. And it requires item level 300, which isn’t hard to get at all with a bit of post-patch progression but raises interesting questions. Are people going to need to do more work to catch up before being able to unlock Expert at all if they’ve lagged slightly behind the gear curve? It’s been a while since I’ve been there, but even with the gear you get for clearing out your class story, I think you might need to do some more dungeon running to reach that level…

The main reason I bring it up is simply that Expert roulettes are usually the fastest way for players to catch up, and since we’re not getting tomestone gear knocked down to purchase for seals yet, I worry people might get stuck if they speed past the end of the storyline.

Regardless, the expanded Expert roulette is very welcome. We really don’t know what we’ll find in the dungeon in terms of mechanics, but it’s there at least a quarter of the time, and it’s probably gotten a lot more tuning than usual. And hey, it’s part of the main scenario, so we’ll likely find out even more tasty lore about the region on the way.

Speaking of the main scenario…

No rest for the wicked

As I go back through the various patches between expansions, one of the things that I notice is the difference between the pre-Heavensward patch quests and the post-Heavensward patch quests. The former tended to involve a lot of running around and busy work to flesh things out, but the actual story density tended to be the same or lower than Heavensward’s later story; the difference is that the expansion patches tended to focus more upon cutscenes and cut out the extraneous bits. I couldn’t give you a sense of the overarching themes of patch 2.2, for example, but 3.2 has a clear sense of showing how deep the divisions in Ishgard go and how quickly good intentions crumble away.

4.1, at least initially, looks to be a fair bit longer than patch lines were in Heavensward, and it also includes the new dungeon. And I wonder if that means we’re going to swing back in the direction of the base game, or if instead Stormblood is just going to be covering a lot more ground from the word go.

What little we’ve seen of the story certainly hints at that, as well as the divided loyalties that most of Ala Mhigo’s liberators are dealing with in the wake of the revolution. It’s also up for questioning whether the story will also deal with what’s left over in Doma, which has just as much to deal with as Gyr Abania’s populace.

Regardless, I’m curious about how this will play out. Hopefully we won’t wind up with the same sort of meandering stories we got in 2.x patches; I may be worrying over nothing on that point. But it would be nice on some level if you couldn’t blow through the story simply by abusing the Skip Cutscene button liberally.

There are a lot of job adjustments in this patch, but it’s the Summoners and Scholars who really win out here. Ruin III becomes a straight upgrade, while Ruin II becomes more useful under the right circumstances; you’ll have the same number of buttons on your bar, but the functionality will shift somewhat. Sustain is back after its removal, Tri-Bind becomes a functional replacement for Painflare in Dreadwyrm Trance, and a few other things shift position until you wind up in a similar spot, but with a slightly nicer rotation.

Dragoon is also getting a quality-of-life change that winds up not really changing the overall DPS of the job too much (according to back-of-the-envelope math) but does change the currently rather punishing requirements necessary to get into Life of the Dragon. It’s the sort of improvement that mostly matters when things go wrong, lowering the amount of time between build-up phases without really altering the core mechanics.

I’m also happy about all of the new job gauges; a lot of the existing ones are much more ornate than they need to be, and sometimes wind up shoehorning in new mechanics that don’t really have space to breathe much yet. The White Mage gauge, for example, is minimal and could always have just been three pips; the effort to make it bigger always seemed silly. So getting back some screen real estate is a good thing.

Oh, and Shake It Off isn’t so useless any more. Hooray! 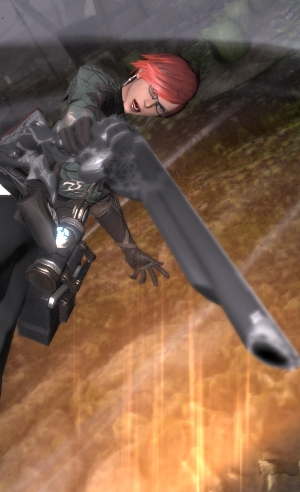 The “remove materia” feature is something that I can’t help but feel dumb about. When I first saw it my thought was “well, who cares, it’s just there to fix if you slotted wrong.” It took me far too long to realize that it means you at least have a chance of reclaiming materia when you upgrade gear, making the use of Grade VI materia even more worthwhile; you might not get it back, but the chance alone makes it worthwhile.

I still wonder if we might have gone too far in the availability side of things with this expansion; at this point, getting Grade VI materia is already pretty easy, enough so that it’s easy to fill out upgraded sets with it. Making it more permanent seems like it could easily make acquiring more even more trivial… unless it has a really low chance to be successfully removed, which we don’t know yet. But it still feels very easy to get, and now it’s even hard to lose.

Of course, there’s a lot of other quality of life changes along the way, too. But what else can we say about the changes to beast tribe currency and the like? I just wish they’d be directly deposited into my currency tab.

Feedback, as always, is welcome in the comments below or via mail to eliot@massivelyop.com. Next time… well, it’s time for patch impressions, dungeon impressions, and so forth. You know how this goes after years of the column. And yes, I’ll let you know how my housing rush turned out.

As a SCH main, I am happy about the changes, but I feel SCH still is lagging behind. I ran my ex roulette this morn, with a silent tank that sprinted ahead and pulled wall to wall, I was sweating the whole time. Every dungeon is like this now and it is really making me not want to heal anymore. SCH just does not have the mp regen nor healing resources the other two healers have.

it’s this very reason why I don’t run my SCH in PUG’s…. and honestly I’m a bit leery of running healer in PUG’s all together. I LOVE our LS and FC runs because the tanks are not frikkin insane and do stuff like that. Pulls that large are hard to keep up with on a WHM without teetering dangerously close to mana-burn before a fight is 1/2 over cause you have to spam such large spells, for a scholar it’s dreadful.

I believe they changed the roulettes so that you don’t need to unlock all of the ones in the list to be able to use it.

Well, I know they changed the pre-70 roulettes to work that way – I can confirm that I personally know several who have not done all of the dungeons required for things like the 50/60 roulette, but were able to access it starting with Stormblood (at least that’s when we realized it could be done, so I assume it was a change that came with 4.0).

That being said, I also don’t think the ilevel requirement for Expert Roulettes is going to change yet, or will be based on the lowest requirement of the current set of 4…and if you don’t have the ilevel for the newest one, you simply won’t be matched into it.

The Trial Roulette already does something like this – it requires ilvl 90 to queue up, but can put you into anything up to and including The Royal Menagerie that requires ilvl 280.

Since suddenly requiring ilvl 300 for the dungeons that drop ilvl 300 doesn’t make any sense, I’m going to go ahead and assume that if you do need the new dungeon unlocked via its quest that you’ll still only need the 280 for the expert roulette and just won’t get zoned in to Skalla until you’re above its requirement.

Also, in case you’re wondering, the overarching themes of 2.2 were Eorzeans are mean to refugees (it was, after all, the patch where we first got to know the Domans, which meant we didn’t have to spend nearly as much time introducing them when SB came around) and the Echo/Primals maybe don’t work exactly like we think they do (the stuff with the Sahagin and Leviathan).

Also, on the Materia – there are numbers floating around ( may have come from the Live Letter stuff that didn’t get a full translation, or from another interview maybe) that suggest the VI removal will be a bit less of a given.

Now 40% does seem pretty good…but then again this is XIV, and anecdotal as it may be in my experience 40% may as well be 10% or 1% more often than not.