NCsoft’s first quarter 2018 financial results are in, and it’s… kinda OK? Guild Wars 2 saw a big drop-off, though that’s to be expected since the previous quarter saw revenues from Path of Fire. “GW2 sales dropped 32% QOQ but increased 66% YOY, as some of the 2nd expansion pack effect was included,” NCsoft notes.

Blade & Soul continues to perform well QOQ, though it’s lost a quarter of its revenue YOY, and Aion revenues surged, NCsoft says, “fueled by the change in the monetization scheme.” Lineage itself at one time seemed to drive the company all by itself, but it’s down QOQ and YOY too. So is the company’s mobile games branch, which was riding high on Lineage M last year but is now “stabilizing” at what one might assume is a more realistic number (which is still higher than the five big MMORPGs combined).

As MMO Culture reports, the investor call itself admitted that Blade & Soul II for mobile has already been delayed into 2019 as it “didn’t meet expectations.” It’s apparently gotten a new team and new redesign, which is basically what happened to Lineage Eternal way back when, you’ll recall. And speaking of that: Project TL is supposedly still on schedule, with a launch still on track for next year. 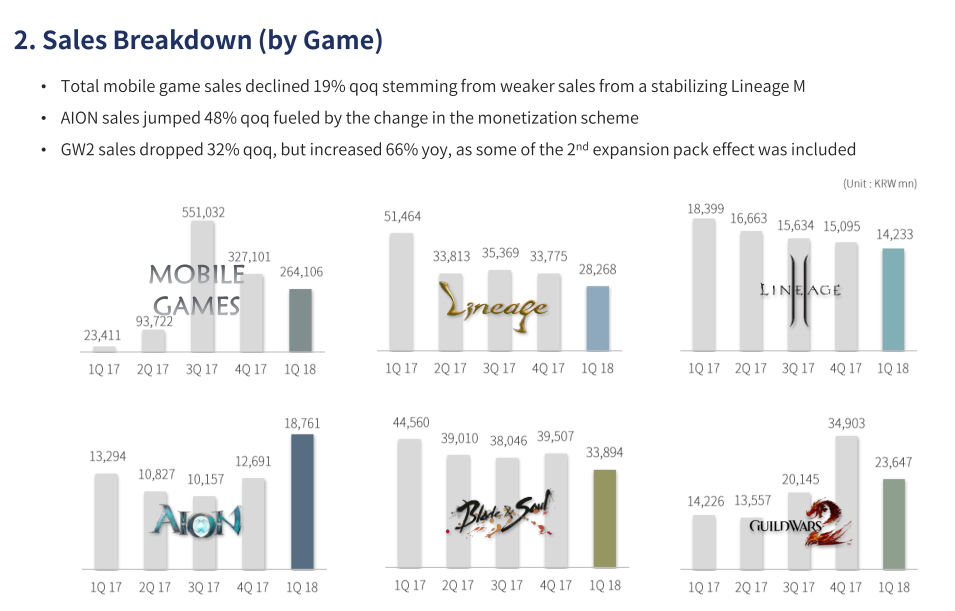 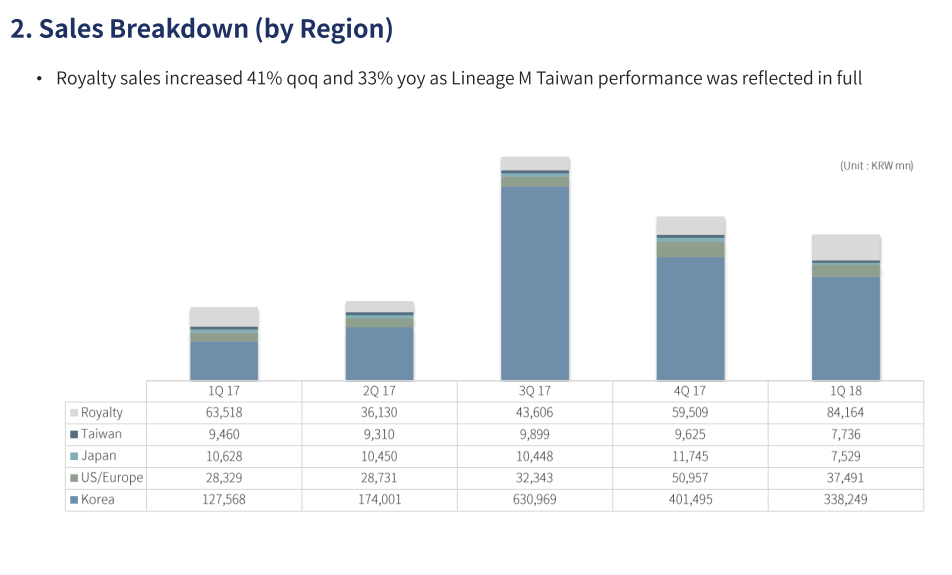 Vague Patch Notes: The art of picking winners and losers in MMO design