NCsoft’s second quarter financials for the year hit this morning, and it’s not exactly bad news. Sales are down slightly, but everything looks wimpy next to Lineage M’s record-breaking debut last year. That’s now “stabilized” according to the company, and it also means core Lineage players are flooding back into the original Lineage, which saw its best quarter – by a lot – in over a year.

As for the other live games under NCsoft’s banner that our readers likely care about? They’re all down: Aion, Blade Soul, and Guild Wars 2 across the board, though Guild Wars 2 is still up year-over-year.

Perhaps the most interesting bits coming out of NCsoft this round are still on the horizon. As MMO Culture pointed out, the live conference call dished on The Lineage aka Project TL aka what’s left of Lineage Eternal (it’s hitting beta later this year), admitted PC sales have slowed down, and noted it’ll tailor new games based on the Aion and Blade & Soul IPs to the “global market.”

And yes, multiple new “major” games are in the works for next year, one apparently being Lineage 2 Mobile. 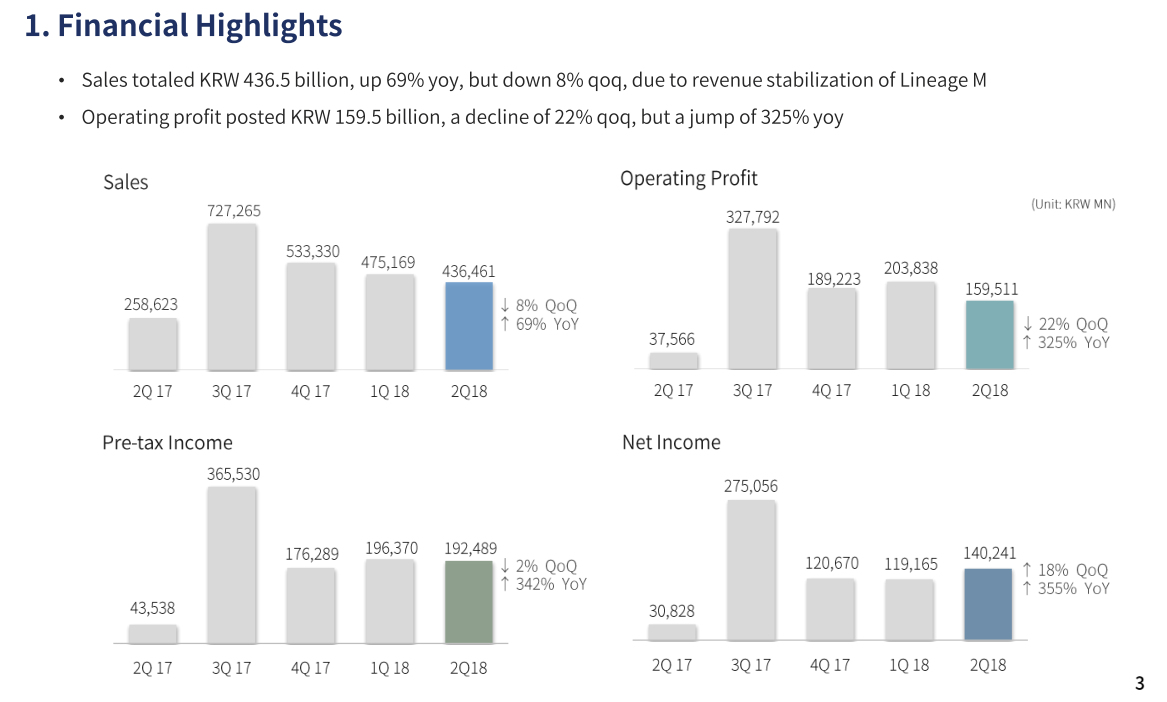 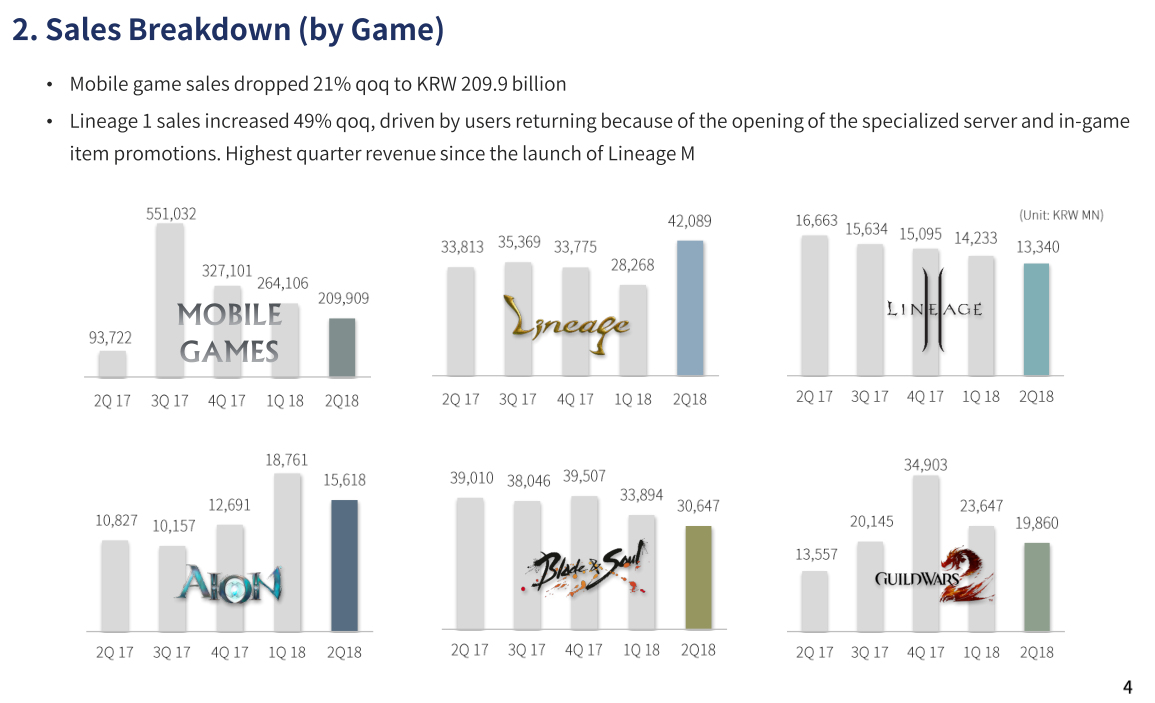