Gamers get a bad rap. Studios are seen as heartless villains. Mainstream media is quick to demonize us, and we can be quick to do the same to developers. But despite the drama (and heavens know there is plenty of that!), our hobby is not inherently negative. There is plenty of good that the gaming community does, both within itself and in the world around us. And that’s exactly why Massively Uplifting is here! We’re going to highlight those generous, happy, inspiring, heart-warming, and uplifting stories that exist all throughout the MMOverse. And we’ll bring those to you on the first Monday of every month — a bright start to your week.

Even if mainstream media won’t applaud all that is positive, we will. And we know you know of even more stories, so please share yours here! Then if you run across any others, feel free free to send your tips to us at warmfuzzies@massivelyop.com for next month’s compilation. This month we’ll highlight happenings throughout January and February. These include a touching lantern-filled memorial for a Black Desert Online player, a gift of sight in Wizard101, and money raised for ill kids all over the MMOverse. 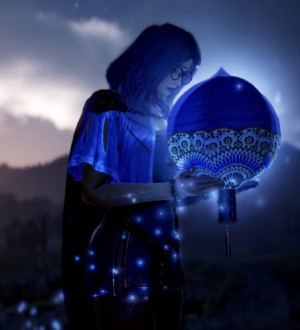 A touching tribute in BDO

Loss can hit hard, and funerals are often an important part of the grieving process. But these memorials need not always be live and in-person. Friends, guildmates, and the BDO community recently suffered a loss when PillowPunch passed away. To honor PillowPunch, his guild organized an in-game memorial. The studio joined in supporting this by spreading the word on official channels and making sure GMs were on hand at the event passing out free lanterns to anyone who wanted to release one into the sky.

It isn’t only players who receive memorials inside games; sometimes, developers go well beyond just a one-time event. Although Leonard Nimoy — known and loved for his portrayal of Spock — passed away four years ago last week, players still gather at the Spock memorial erected in Star Trek Online on the anniversary of his death to pay respects and mourn his loss.

A gift of sight in Wizard101

When it was discovered that one of the Wizard101 devs, KingsIsle Senior Animator Tony Gaddis, was actually colorblind, player ChrissytheBlesser set up a GoFundMe account to get him a pair of the special EnChroma glasses that would allow him to finally see colors. Many players jumped on board, and Twitch streamer hDiGGler did a special show, and together the community raised the goal in less than a day! Gaddis then posted the experience of using the glasses for the very first time so fans could share the moment with him. You can watch it in his tweet below!

I just want to thank everyone again for buying me #enchroma colorblind glasses! ❤️ ❤️ ❤️ And, for all of the support and warm reactions. Grateful I got to share this experience with all of you! Much love yall. Much love. pic.twitter.com/2xJUw5T0ze 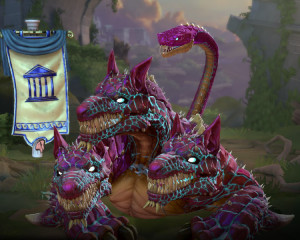 Most gamers who have any connection to Twitch have heard of Extra Life; many streamers do marathons to raise money for this charity. Even studios get in on it, such as SMITE’s Hi-Rez Studios, which holds second place on the Extra Life top player leaderboard for earning $28,428 over 24 hours in February for Children’s Healthcare of Atlanta. Many players are also familiar with Child’s Play. This charity has raised over $44.5 million since 2003. Child’s Play spotlighted streamer TexCubSF, who raised over $12,000 over seven days. And those are just two examples of the many, many who dedicate time, resources, and heart to raising money for hospitalized children.

But the generosity doesn’t stop there. Did you know that there are other organizations that also do special fundraisers for kids? Gamers for Giving has a large weekend-long LAN party, competitive tournament, and streamathon that raises money for Gamers Outreach programs, which provide gaming and entertainment devices to children in hospitals. This big weekend is March 23rd and 24th, 2019.

Don’t miss out on these other uplifting stories that happened throughout the past month!

Ya’ll, don’t forget if you hear any stories out in your local news or in your favorite games to send it to warmfuzzies@massivelyop.com! I’d love to be able to add local stuff =D

This column is an awesome idea, thanks for making us remember that gamers, and humanity in general, also have a good side.

I didn’t catch this until Bree pointed it out in the weekly round up.

Can we make this feel good stuff once a day please?

Thanks Massively (and MJ) for this column! Much needed! Looking forward to this every month!

Oh no. They finally found Spock on last week’s Discovery and I just realised that was probably intentional timing. Now I’m sad.

This column, and actually all the events whether reported on or not, is a very good thing! In an era where bad news and vitriol can be overwhelming, thank you!