Star Wars: The Old Republic prides itself on being a game with choices that matter. Fundamentally, one of the biggest choices a player can make in the game is the faction chosen before before stepping into any storyline at all. Of course, in SWTOR, we also have class choices and then choices within the story itself that have lasting ripples even to the current expansion. In the interest of simplifying the story and possibly making those choices matte more, the writers at BioWare created a single storyline that converted every character into the Outlander. And frankly, that story bombed.

END_OF_DOCUMENT_TOKEN_TO_BE_REPLACED
The audience clamored for a story that returned to the roots of SWTOR, which meant that it was likely that BioWare would have to make at least two different stories. Players would not settle for the single combined story anymore. So it would have to be at least the level of the Rise of the Hutt Cartel expansion, which was the last expansion that actually had two different complete storylines. Unfortunately, BioWare no longer has the budget to create the story it did on Makeb. So what is BioWare to do? The answer is to create two stories that aren’t actually two stories. Conceptually, it’s simple, but the genius is in the execution. And I wholeheartedly approve of how it was executed in Onslaught.

I’m not going to spoil any endings for you, but I should warn that beyond this point, I will give away the premise of the Onslaught storyline and the main story for one planet. So if you haven’t played through the storyline at least once, then you might want to do that first before you continue reading. 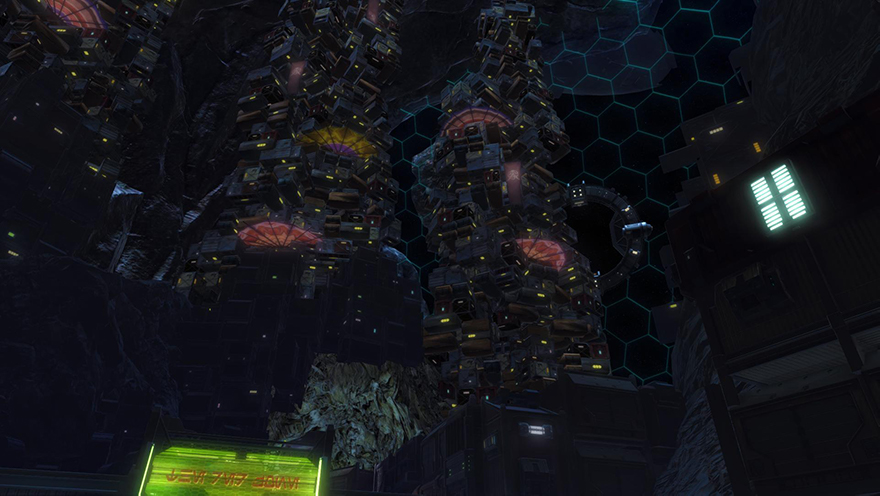 I remember the first time that I played through Mass Effect, one the best single-player games BioWare ever made. For me, it felt as if my choices in the story really made a difference in the outcome for the first time. By comparison, every other game, single-player or otherwise, seems to be on rails when it came to the storyline. On subsequent playthroughs of Mass Effect, I saw that some of my choices made some real differences in the story, others added some nice flavor, and others really didn’t matter at all but allowed me to sculpt the character into my image.

For a while, it appeared that SWTOR lost the feeling of being able to mold your character, and the differences between the choices seemed very extreme and more plot-driven than character-driven. What I mean by that is that the consequences affected the other characters in the story but appeared to have very little effect on the player character. I believe I’ve said it before that the Knights of X expansions told an interesting story about Valkorion’s family, but if you didn’t care about them, then it really is inconsequential.

The Mek-sha storyline gives us a great example of how you can twist a single plot into two disparate stories, giving the characters involved unique motivations and keeping vastly different main characters true to form.

Regardless of faction, class, or alignment, the plot of Mek-sha is the same: You want the leaders of Mek-sha’s makeshift government to refuel the Republic ships. Even the major beats of the plots are the same: You have to convince one of the other factions to vote in favor of refueling, you have to do a favor for one of the factions, and you have to get to the command offices where a failsafe is located that will make the fuel inert.

The motivation — character development — is what makes this plotline seem very different based on your character’s background and the choices made during the storyline. Ultimately, it’s the main character’s development that makes this storyline replayable despite the same story beats. For instance, the reason that a Republic character needs to get into the failsafe room is that the Empire is attempting to throw the switch. For an Imperial, you need to get to the failsafe room to make the fuel inert and maybe blowing up the Republic ships. Or — get this — if you are Imperial and are a double agent, then you have the choice same choice as any Imperial or you can also let the Republic get away with the fuel.

When you’re on a smaller budget or half your studio is off making another game, you have to cut corners. The Mek-sha storyline is really a master class on how to deliver a simple story that you want to play over and over just to see how different characters would handle the same situation. 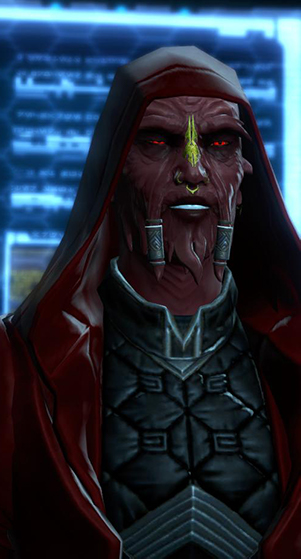 The aesthetics are the side dish

I think I might owe the environmental designers a bit of an apology for some of my statements in my first impressions. I called the design of Mek-sha “a run-down version of Nar Shaddaa.” I’m afraid that might have oversimplified my critique of the design. My first impressions of Mek-sha were definite of a discount Nar Shaddaa, but after spending more time there and really getting a chance to explore, I can see more of its unique properties.

Of course, I ran the primary questlines multiple times, but Mek-sha also has a line of daily quests as well that give you an excuse to see parts of the planet as well as understand the story behind it. But for me, I really didn’t need an excuse to run around the planet just to see what was there. Yes, the planet still reminds me of Nar Shaddaa in a lot of ways, but the map, the hidden corridors, and building aesthetics are uniquely Mek-sha.

To understand what I’m talking about, try to find the datacrons. There are two of them. You’re welcome to use a guide if you like, but they aren’t that hard to find if you just look around. Hunting for the datacrons will force you to travel off the beaten path and into alleys and buildings that you might not have noticed on your initial playthrough.

As most everyone knows, I’ve played SWTOR since before it launched. I have had only a few months’ gap in playtime since then. You might have thought that I would never be driven away. It would take something big. Yet I practically stopped playing earlier this year. I wasn’t sure if BioWare could do anything to draw me back into the game. However, the events in Onslaught have me replaying the vanilla storylines just to see what effect it will have on the current expansion.

Don’t get me wrong, I still think that Onslaught has a lot of room for improvement, but it’s got me invested and satisfied with the game again, at least for a couple of months.