While Funcom’s latest investor note focused mainly on DUNE, there was a little tidbit of big import nestled in there about the current IP-based survival game, Conan Exiles. Trust me, that little aside did not slip past me; I saved it to discuss more fully now because that one little line can have big implications for my favorite survival game. And I have to admit, the first time I read it, this point really stuck in my craw: “with the Company continuing to develop the game with a paid map DLC (Downloadable Content) for release this year.”

Wait, what? A paid map download? Every other DLC thus far has been filled with cosmetic extras; meaty content was always delivered free to the everyone. And this was what players were assured from the beginning. Now, suddenly we see the declaration that new DLC will be paid. That’s the kind of switcheroo that gets players incensed.

But once I had a few moments to stop and ponder, my initial reaction gave way to different feelings. I can actually see where this approach could be done positively and be a good thing while not completely backtracking on the studio’s earlier commitment to free DLCs. Will that happen? We have to watch how this develops to see whether paid DLCs become a new standard going forward – or this a special case of an actual expansion.

On the one hand we have Funcom’s oft-repeated promise that DLCs would only ever be cosmetic in nature. And they have been thus far. We’ve had nine different DLC packs filled with cosmetic and extras, such as new building styles. For two years the paid content brought fancy weapon and armor styles, new construction, tattoos, pet costumes, and mount saddles. None of that affected gameplay adversely, and even better, crafted items could be freely traded with players who didn’t have the DLC and ability to do so themselves. The free content included mounts, pets, new biomes, new dungeons, and more. So Funcom kept that promise to players. 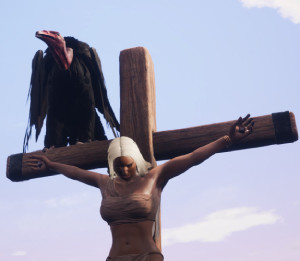 And then we hear that’s ending. I’m not going to sugarcoat it: Breaking a promise like this can lead to great frustration and even a complete loss of trust. Is the studio hoping (or should I say, do The Suits hope) folks are just so into the game it won’t matter? That they will pony up for their Conan fix like many ARK: Survival Evolved players did even after how terribly they were treated by WildCard? Is ARK a model being emulated?

Funnily enough, if that is the case, there are some ways that Funcom can do this that both make sense and don’t really break the promise. (Just please, please do not start emulating other WildCard behaviors!)

One thing that struck me about this announcement is how it kept using the world DLC for content that does not fit the mold of Conan Exiles DLC. Instead, it sounds like an ARK DLC. Conan Exiles DLC are meaty additions to the current map, whereas ARK DLC are entirely new worlds. In more MMO-friendly terms, they are expansions. If Funcom is making a whole expansion, that is an acceptable and fair reason to ask players to pay without going back on the free-DLC-for-the-base-game promise. And I personally think that’s exactly what’s going on here.

When the investors note mentioned the paid DLC, it referred to a map. In ARK, the new maps are fully fleshed-out new games with new features and creatures and mechanics. If it’s a whole massive new world map, especially one that can be accessed by your current character (as in ARK), I know I wouldn’t be the only one happy about that. I would love to see even more Conan Exiles gameplay in a whole new environment. So much more could be done than just adding a bit more to a current map. Imagine having an entirely new gameplay area the size of the current map, or even larger. Imagine moving the gameplay beyond the Exiled lands, maybe to take vengeance upon those who put you there, or to move to conquer all new places.

Yes, if this is an entirely new full game map to play, it is an expansion worth a price tag. I just might suggest that Funcom use the terminology “expansion” because that won’t ruffle the feathers quite as much as calling it DLC does.

It makes sense that the company wants to offer more and expand, especially reading further in the investors note where it states,

“Conan Exiles continues to perform well, with December 2019 having been the third best month in terms of average number players on PC since Early Access launch in January 2017.”

If population grows and profit is made, it is definitely worth it for Funcom to continue development, and this expansion might just be the first steps. Look how many WildCard put out: three paid and three free. And there is no denying that ARK made lots of money. This statement might also alleviate some fears that Conan Exiles will be thrust aside for the new shiny DUNE survival game. No need to butcher your cash cow, right?

Making the most of a new map expansion

Looking at the dinosaur survival for inspiration, I think there are a few ways Funcom can approach this expansion map that will be beneficial. For one, in ARK the gameplay of the other maps could be standalone or players could advance from one map to the next. Having this ability to choose to restart the game or to play your existing character is an important one!

What would be better is adding the feature allowing players to move freely between the servers if they so desire. Go run some dungeons on the new map, grab new loot, explore new places, then return home to your main abode on the first map. Or even vice versa. ARK achieved this with the ability to join the maps together in a cluster and implementing a device that allows players to upload their toon from one map to the other, complete with inventory (though minus a few items). 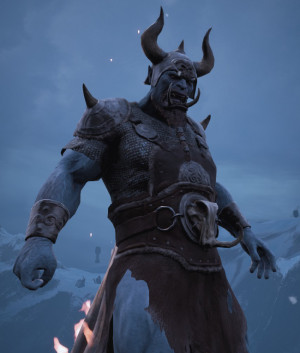 Even if a new map is created and sold, there are certain steps Funcom still needs to make to treat its fanbase fairly. First, the studio needs to complete the current map for free. One look at the current map shows an area in the northeastern corner just waiting to be filled in with a new biome or area. Funcom needs to add this into the base game for free, just as every new zone opening has been thus far. Two, new content needs to continue to be added to the base game — new expansions can’t have all the attention. Three, the cosmetic DLC need to be sure to work universally among all expansions and maps.

Not doing these things? Well, that kind of deletes all the good will Funcom has earned by doing DLC and survival games right.