I love survival sandboxes. They give me that virtual world experience I’m missing from most MMOs. And I can build! So, why won’t I touch Atlas, the recent pirate-filled addition to genre? It’s not because I am afraid I would like the game; with only one exception, I have found something positive in every game I’ve been in. And having already extensively played ARK: Survival Evolved, whose systems were shanghaied for Atlas, I know there is plenty I could have enjoyed. But I won’t. I just can’t. It’s a personal decision.

I am so frustrated with Studio WildCard/Grapeshot that I physically won’t support them financially. I can’t do it anymore. I wouldn’t even keep streaming or playing ARK any longer except that I have a crew of great people that I enjoy being with on the server I host, and I stay for them, to give them a place they want to play. They are worth it. Make no mistake though, if I could talk them all into finding a better survival home with me, I totally would go for it (and I have started the wheels turning on that already)!

What makes me so burned out on a studio that even though I love survival games I’ve sworn off of it and won’t touch a single future thing its devs ever produce? It’s not one thing. It is the culmination.

A vote of no confidence

Back in early 2017 I wrote about the sorry state of ARK: how the game that was the darling and king of early access was squandering its reputation and its fans through seemingly unsavory decisions and practices. What you might not know is that was actually my second attempt at that article, a tamer one. The first was much more, shall we say, blunt. Basically, the problem as I saw it was how Studio Wildcard appeared to be throwing every bit of decency, integrity, and goodwill out the window and morphing into something seamy. Not just morphing, either, but actively embracing that disreputable nature. And that impression has only solidified over the years.

Since then, I’ve followed — and written about — the continued slide into what now just feels like sleaze. Taken individually, each instance of WildCard’s behavior could almost seem justifiable. Almost. However, when you add the months and years of them atop each other, how can you come away with anything other than the studio has no regard for its players and is only trying to wring them dry, toss them aside, then yank in new ones to hose down as well? 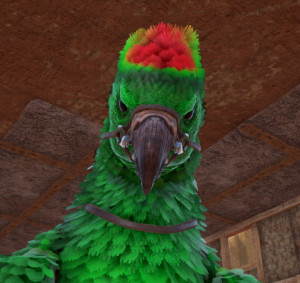 If you’ve not followed the studio’s antics over the years, here’s a small summary. You’ve got numerous instances of Studio WildCard disrespecting its players, from creating and releasing a paid expansion before the base game was even launched to outright insults and public name-calling of players. (I was even told during an interview that anyone with optimization troubles just had garbage computers!) Promised upgrades for ARK itself would not materialize for years, if at all (just look at the S+ integration mess), but work on a paid expansions and even sequels — that of course you had to pay for — did.

Wait, there’s more. The studio also seems to have absolutely no problem bending or even disregarding truth, starting with the now well-litigated lie that co-founder Jeremy Stieglitz was not working on ARK when in fact he was a key dev (thereby breaking his legal contract with another company), and moving all the way to the apparent dishonesty in the claim that the studio was working on ARK rather than ARK’s sequel (which we were assured was the case right until the announcement of Atlas proved otherwise). And remember when Stieglitz said he felt a “moral obligation” to break his contract to make ARK? In my opinion we can also toss in the strange silence about being bought by Snail Games and the attempt to deflect WildCard’s well-earned bad reputation away from Atlas by renaming to Grapeshot here, too.

In so many different ways the studio has told veteran players it just doesn’t care about them. Two examples: not wiping when major exploits were discovered and leaving the exploiters with ill-gotten goods, and not wiping when a massive bug destroyed entire bases and days of work for huge numbers of players because it would disrupt the hours of progress made by those who likely profited from it. Speaking of bugs, the studio has still not fixed years-old exploits that ruin play, but was quick to ban someone who pointed some out. And even when possibly necessary changes were made, they were delivered with snark and/or an adversarial tone. Why would anyone have faith or trust in this company?

Show me the money or GTFO

Has anyone else gotten the feeling that Studio WildCard is basically telling fans to show it the money or get lost? Because that’s how I feel. From devs saying players are cheapskates to ditching obligations to provide promised product in order to present new purchasable content, everything this studio does feels like a “money first!” slap in the face.

A very recent and blatant example of this to me is the whole S+ Integration thing. We were told we couldn’t have S+ until after Extinction (when devs got more money). Wait, no, we couldn’t have at all until after Atlas happens. Wait, if we really want to experience S+, we need to actually move over to Atlas where it’s been integrated better. Oh, and all those improvements WildCard learned and developed? Those are in Atlas and not ARK, so come buy the new game to experience them. They won’t ever be in ARK. In fact, it looks and feels like poor ARK, despite still having many bugs and unfinished business, has been effectively tossed aside for the new shiny that brings in more cash from folks who just don’t know better.

A bit of irony about the move to Atlas. Wasn’t the whole point of Atlas that devs learned from mistakes and such with ARK and were creating a better game? Because frankly, I haven’t seen anything resembling that learning. Unless you count learning how to bilk customers more. The bugs, the exploits, the cavalier dev attitude — it’s all still there, just with a pirate theme. It boggles me that all those ARK players who bought into the Atlas hype proclaiming that surely it would be better this time are shocked that it isn’t.

Do you think they have learned yet? That answer is, no. The latest facepalm the studio has initiated is courtesy of this week’s Mega-Update 1.5 that just went live Thursday. Just hours ahead of this launch on Wednesday night Grapeshot put out the announcement of all the things that will be in the mega update. The full wipe is just to be expected in an early access game that is undergoing major development changes, so that isn’t as eyebrow-raising, even if it is annoying. What has current players irked is the following little tidbit:

“For this relaunch, we’ll be spooling up the following networks, completely fresh with no pre-existing data:

See anything amiss there? There is no European network for the full-on PvP Empires network, nor a North American PvE network launching with the others. Oh, but don’t worry, we’re told the PvE one will show up in a “few weeks” or so.

“We’re currently in the midst of setting up hardware and expect that we’ll be able to deploy an additional NA PvE network in a couple of weeks time.” 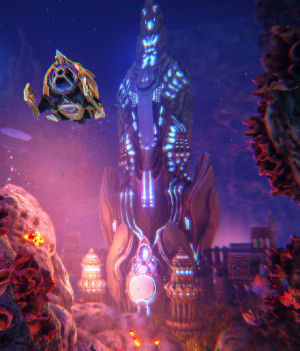 So, basically the studio did not prepare hardware for a major mode for two entire regions. Why? Did the idea of people wanting to PvE in NA just barely occur to devs? Why was this infrastructure not in place at the same time as the others? Now you have NA players ticked that they have no option for weeks other than bad pings on EU and the possibility of having to start over yet again, and EU folks ticked that their server will be flooded by NA people who may or may not remain. Both sides have every right to be upset: If the NA folks don’t stay, everything they have built in that time will be abandoned and they will need to start over, but the EU properties won’t become eligible to be reclaimed by EU folks for quite some time. And If NA folks do stay, the NA server may be underpopulated.

And then look at the PvPers. There are no plans to offer the EU an Empires network. If players are from the EU and want to be on the big no-limits network, they are forced to deal with the ping and lag issues of playing in a network across the pond. Because that’s really helpful in a free-for-all PvP scenario.

No Atlas for me

So no, I will not be buying Atlas or playing it in any way. I have a good friend who plans to buy it again (he already refunded it once) if/when private servers become available. However, I’ve told him I cannot join him. For me, it’s a matter of principle. Back in November 2017, I ended an entry of The Survivalist by saying,

Am I done with ARK? I can tell you I will not be buying any sequel. Will I still play those versions I’ve bought, even those that aren’t out yet? I am not sure at this moment. I can still play offline and on my servers with friends, and I can’t ignore that streaming is a part of my job. But I am considering not giving that kind of support either.

I already knew I wouldn’t buy or play the sequel, years before the studio further tainted itself. I won’t even play Atlas for work. I’ve played many a game I didn’t particularly want to for the job, but I did have to draw the line at this one for principle’s sake. I just can’t do it. At this point, my playing of ARK has dwindled to next to nothing, and I get to nix the majority of any streams as well. It’s a shame, too, because ARK is a neat game. And I am sure Atlas could be fun. Too bad the idea wasn’t born to a more worthy studio.

Players offer new estimate for the price of capping out a...