The optional co-op (co-optional?) ARPG Wolcen: Lords of Mayhem, which released on Steam last week, has had a bit of a rough go of it. In fact, the most recent update from the devs has confirmed some pretty severe problems with its online servers. That said, it appears to be doing reasonably well for itself and by players, all things considered.

First, the server issues: A hotfix that was applied last Friday caused some alarming problems including missing characters, emptied stashes, and deleted endgame progression. The devs immediately shut down its servers to prevent the problem from spreading and, over the course of fixing the issues, have run into a number of complications that are forcing the ETA for when Wolcen’s online gameplay will become available again. The team assures players that it’s working around the clock to fix these problems as well as other issues that are impacting the game’s economy and will keep players informed of the progress.

Server issues appear to be a constant bugbear for Wolcen as one looks over the game’s news feed on Steam. This is also reflected in the game’s mixed user reviews, which complain of these problems as well as other bugs yet also tout the game as a fun mixture of Diablo and Path of Exile. It also appears to continue to captivate players, with Steam Charts showing a 24-hour peak of over 71,000 players and an all-time peak of over 95,000. It would simply appear that the game is best played offline. For now, anyway.

I hope the devs manage to iron out the kinks and that this won’t have any immediate effect on the long-term success of the game. It’s a really great game.

Game’s rating was 92% with 4k+ reviews – before arrival of army of whiners. Apparently Steam reviews are just an indicator of connectivity issues after release.

I’m going to buy it in any case once after a month or two, once they’ll sort out server stuff and some of the bugs (gold duping, progression wipes).

Wolcen is easily one of the best ARPGs I’ve played (and I’ve played them all). The only issue I’ve encountered was the inability to play online with friends but come Sunday that was working fine. Visually a great looking game, voice acting is very well done, and so far environments nice and varied. No regrets buying this at 20 hours in.

I’m not a fan of reviews using ‘servers down’ to judge a game. Don’t get me wrong, the wolcen devs did a poor job and should be roasted for it, but it obscures reviews talking about legit problems with the game of which there are many to talk about for something that won’t be relevant for most people playing the game now that they’ve sorted out the server problems.

It’s a fun game, imo. It definitely lends itself well to hybrid classes and playing around with builds. I think the sound design is very good as well. I think some of the mechanics, like ailments and the willpower/rage resource system, is new and refreshing.

I hope they iron out the bugs but as for the server issues… That’s, well, whatever. I’ve sat through countless bumpy launches, it doesn’t really bother me anymore. If the game doesn’t work right away, I’ll just come back and try again another day. Launch problems are generally temporary. Going from 1k online users to 60k+ is bound to explode a few servers.

It’s a bit of a mess right now but it has excellent potential.

Wolcen is fun, but oh boy it’s buggy and badly tuned. Stuff like passives that only work on the first zone you enter per session, changing leech to affect force shield will reset your shields to 0 everytime you attempt to go above your max, get not applying properly some times etc. People seem to crash a lot on boss fights too.
The game has a cool take on ailments (dots) and the willpower/rage mechanic opens up some very interesting hybrid builds.
Minions should not have been added to the game in this state. They are very weak and both zombie skills are very squishy + there’s barely any scaling potential for them. Out of the 21 sections in the skill tree, only 1 of them have any minion nodes.

Played Offline over the weekend, until I hit my first bug when the game crashed during the Act 3 boss. Then again, it could have just been my computer telling me it was time for bed. ;)

Generally speaking, Wolcen does a LOT right, and brings a lot to the ARPG genre. Builds are *very* open, and you can mix and match just about anything, especially when you consider uniques. I also like that they removed “armor” as a stat and instead have physical resistance, which opens up gear variety for builds as well.

Gameplay is pretty solid, enemy pacing/grouping is very well balanced, and I found the boss encounters to be very fun and challenging. However, summons need a lot of love; they are too weak early on, require a lot of investment in the skill tree, and gain no benefit from your attributes. That said, I found them to be fairly fun to play, and they’re a much more active play style than your typical passive summoner that just walks around, which I liked.

The core of the game is very solid, and if they can iron out the bugs, they’ll go far with the game. If you like ARPGs, then I’d keep an eye on it over the coming weeks.

I haven’t played it yet, but the fact that there’s an offline option puts them ahead of D3’s launch. 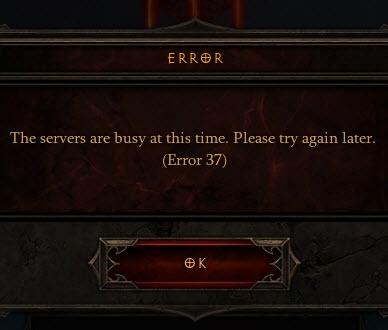 Well I played several hours last night online with no issues. They did mention that they were still having issues with their Asia Pacific servers, but the NA servers seemed to be humming along.

That being said this launch definitely qualifies as amateur hour dumpster fire category. Hopefully the worst is behind them because the game is really fun.

I just confirmed the NA servers are up and running.

I mentioned this in the wrap up comments, I don’t want to copy and paste it other wise it might get deleted for spam.