We are still largely in the dark when it comes to Amazon Game Studio’s upcoming Lord of the Rings MMO, but a new job posting at least lights a match to let us see a faint outline of this mysterious project.

This posting lines up with several from last year that showed the studio ramping up work on the project. Amazon joined forces with China’s Leyou to create the massively multiplayer title for both PC and console.

In another one of Amazon’s game projects, its online shooter Crucible (no relation to the Destiny 2 mode) finally has a launch window. The studio is going to be releasing it next month. Crucible welds together parts of PvE shooters and battle royales while also adding in a “game master” who runs interference with Twitch during matches. This announcement follows a series of delays from March to April and now to May. So far, Amazon hasn’t done much in the way of previews or public testing for the title.

You guys bitch about everything. So cynical. You want more AAA MMOs being developed, but then slam any bit of news that comes out with very few details and automatically make assumptions based on the feedback you’ve “heard” about a game that many who comment here have not even played (New World). There’s some different people working on this game vs New World. Also they are two very different games and even judging from the job postings it’s clear that they want to incorporate more social features than New World. It is possible for a gaming company to make two different games, especially a company with the resources that Amazon has. I’m not a fan boy here, but still cautiously optimistic that something worth playing for someone is still possible without seeding pessimistic doubt in every little piece of released news.

It is just a little difficult to trust a company which has a track record exclusively consisting of cancelled games, and a game doing major design pivots just half a year from releasing, while expressing zero care about the fact that they attracted a specific audience for three years before proceeding to tell this audience that they should look for another game.

“Amazon is customer obsessed” – giving customers the finger is a pretty weird way of expressing obsession.

I’ve said it many times before… the problem with MMOs is the players. It’s no wonder devs are more likely to clam up than give the children something to scream about.

I wonder how long until they announce it will be a pvp game.

Seems rather unlikely because of the setting, not just because it’s the Middle Earth itself where one side is doomed to lose, but because its set to the Second Age where Sauron took a beating and the success he had became through corrupting the Numenorians’ king when he was their prisoner.

About 6 months before release, right after they deleted 3 years worth of development.

I guess they’re not very far along with the new Lord of the Rings game then.

Notice how the game is never referred to as an MMORPG. Be prepared for disappointment.

To smash or not to smash that is the question.

Mr. Hulk looks more contemplating there than disappointed though. o.O

I wouldn’t play it if it wasn’t.

It was described as one in the very press release announcing Amazon Games joining its development:

“Amazon Game Studios… today announced it will collaborate with Leyou…. and Middle-earth Enterprises to develop and publish a free-to-play massively multiplayer online (MMO) game based on the milestone fantasy literary work The Lord of the Rings, by J.R.R. Tolkien…

“Tolkien’s Middle-earth is one of the richest fictional worlds in history, and it gives our team of experienced MMO developers — from the same studio developing New World — tremendous opportunity to play and create…”

Hopefully the new LOTRO will be a good game and not something like New World or Crucible (which sounds like Darwin Project clone).

Also I wonder if they can reuse assets from New World, they should fit well the LOTR world 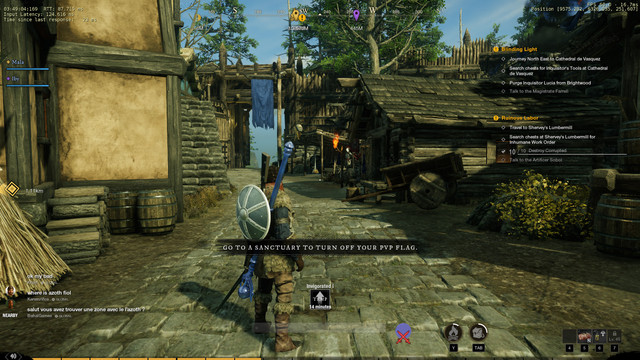 Is New World cancelled yet?

Not yet, will be cancelled once the public beta will start or shortly after final game release after all the negative reviews will start to appear.

No. Quite enjoying the Alpha test

They just released a big update internally on the Alpha, probably the last major patch before beta. They’re leaning super hard back into the PvE content again by doubling the world size and adding a lot of super tuned up group PvE content (2-5 people). Only some of it is instanced (there was one encounter with keys) to expect 1999 EverQuest level shenanigans with people training other groups and the like. Not much/any PvP changes other than damage is no longer scaling for levels so you no longer have level 60’s one shotting level 50’s with auto attacks.

PvE content might be enough to save them. Maybe. Depends how quickly they can get more out.

You mean “Invasions Unleashed” update? I highly doubt that this will have any affect on popularity of the game, it’s just yet another boring grind of dumb NPCs ;-)

I mean I agree with you personally, and the game certainly still is offering nothing that would hold my attention, but my ego isn’t so large to assume that just because I wouldn’t like something that no one would like it.

People were going on about asking for some sort of harder PvE content and they added it for a variety of level ranges (22 on up). Will that fix things in perpetuity? No. Will it buy them enough time till they can come up with more scripted themepark PvE content? Maybe. We’ll see how the general game population takes it over the next week or so (update was just 2 days ago).