Updates and pics are at the bottom of this post!

Welcome back to Eliot liveblogging about Blizzard events. Like you, I thought we were done with this with BlizzCon being cancelled, but the World of Warcraft team decided to host a Twitch stream with what is promised to be significant information about Shadowlands. And, metrics and the algorithm being what they are, I am here before you once again, a broken and miserable man. On the plus side, this will probably feature less mugging for applause than usual.

All SNL Celebrity Jeopardy-inspired introductions aside, yes, here we are with a liveblog of what’s going down on the aforementioned Twitch stream. As always, I’ll be liveblogging the details in the comments down below as Bree updates this post with the key info, so feel free to chime in in response or watch along as you prefer. What will we learn? The planned release date? The pre-patch date? How babby is formed? We don’t know! But we’ll find out very, very soon… 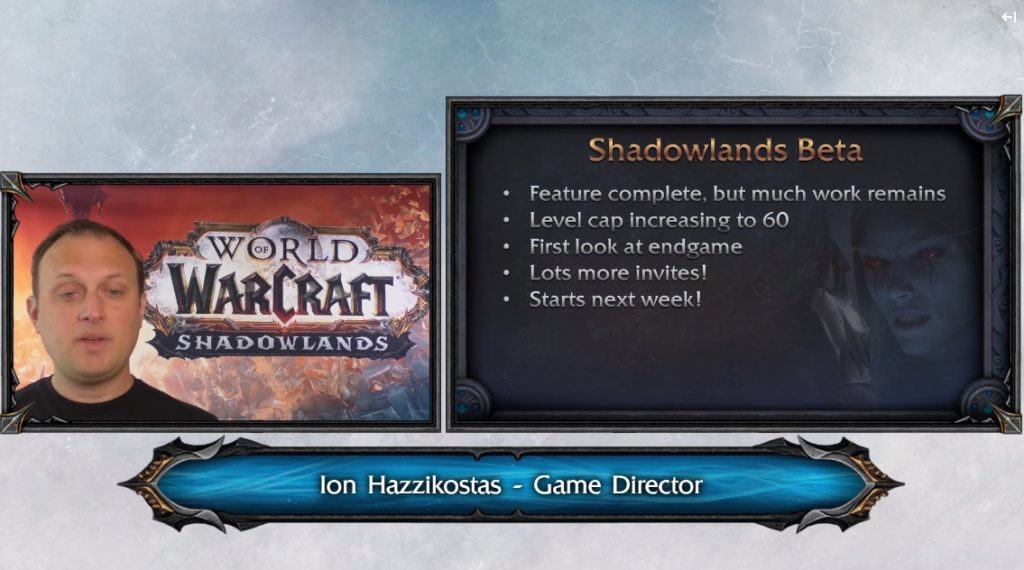 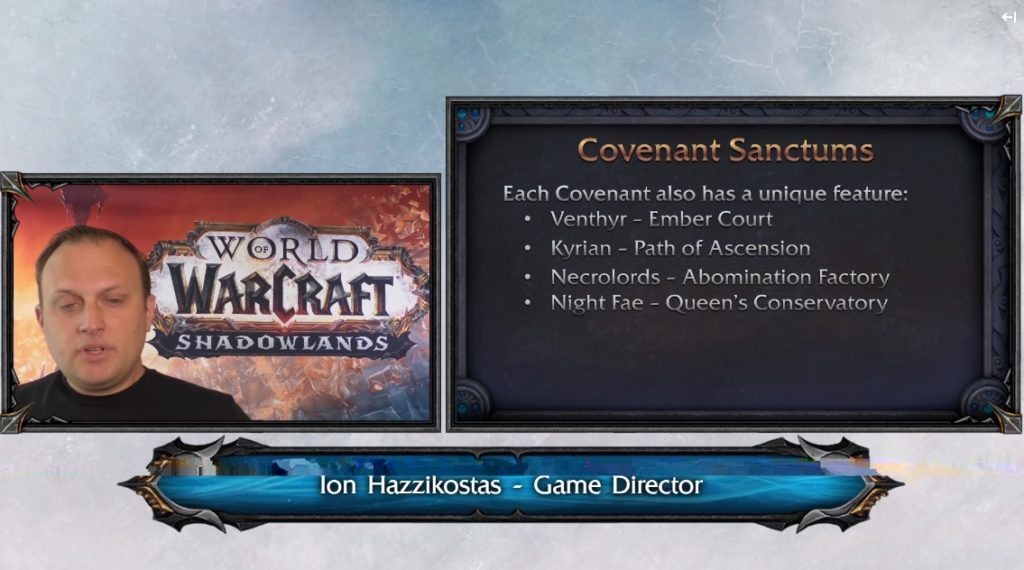 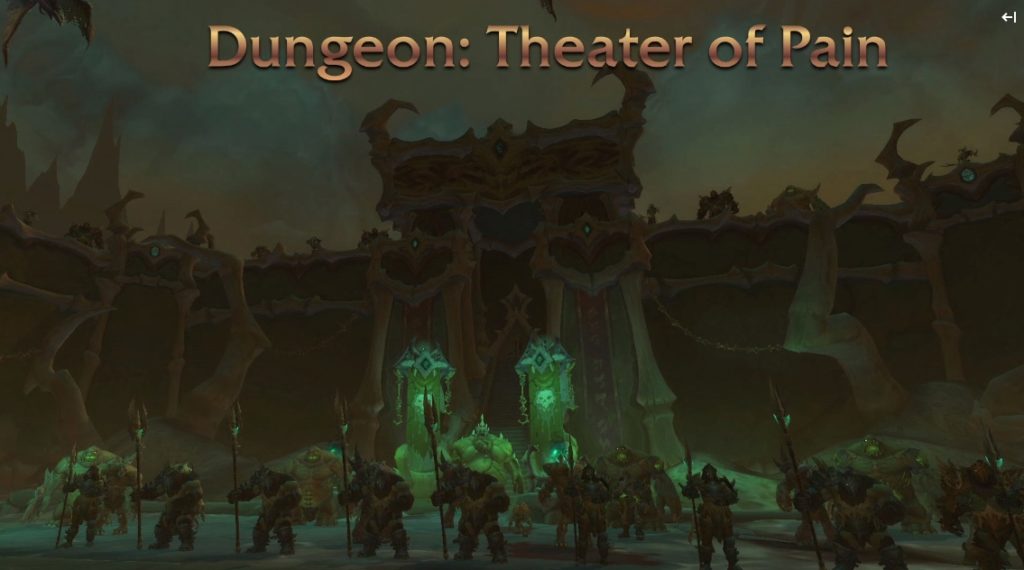 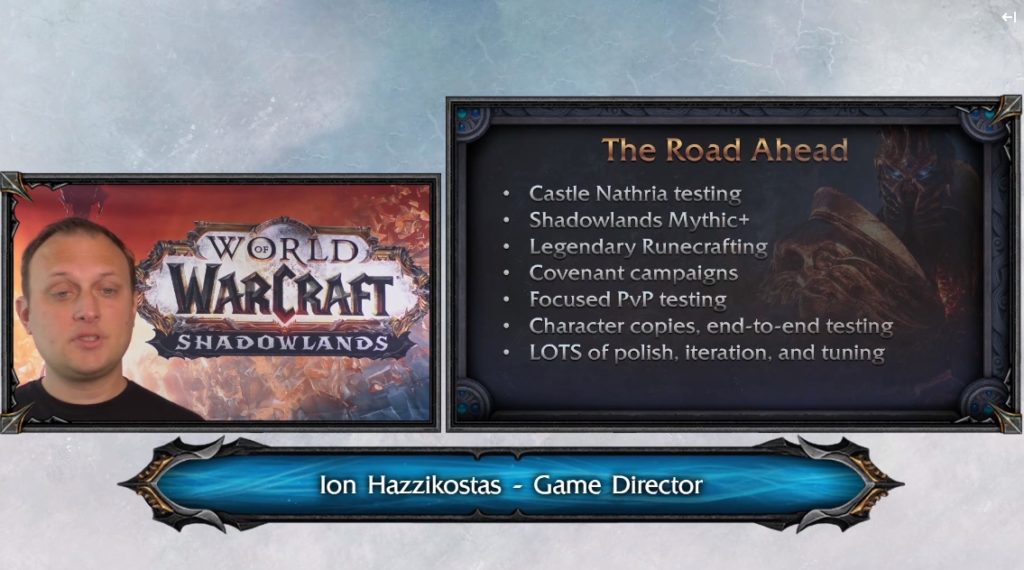 I’m not sure why they’re bothering having a beta when they don’t listen to beta testers anyway? People told them in BFA Beta that the new mechanics didn’t work well, and Blizzard wasted the entire expansion plugging their ears and going “We know best” until they eventually had to admit defeat and that yeah, maybe there were some issues.

Also my biggest concern is still that they’re going to make Shadowlands as big of a chore as BFA, based on Ion’s inane opinion that something has to be RNG-based to give a sense of achievement. Are we actually gonna get to have fun this expansion, or is it gonna be another expansion where I have to pay 15 bucks a month to basically have an extra job?

Catering parties? What kind of parties? Like a Raven’s Banquet, maybe?

Also whats the reason for the level squish? Is it lore based? or just one of blizzards fascinating ideas?

The reason for the level squish is to make leveling feel more meaningful. With 120+ levels, it’s virtually impossible to make reaching each level feel significant. By reducing the total number of levels they can make each one feel like a more important moment, giving your character some meaningful feeling of progression every time you ding.

Another mission table, another resource to farm, once again the art team looks like they are doing a nice job but the rest just gets a ‘meh’ reaction. Nothing exciting nothing dramatically off putting. Just kind of more of the last two goes around.

Sometimes all you get is a shrug and an ‘okay’.

The Character Creator update will be novel and interesting. But once that is ran out on folk’s interest…

…the rest looks like rehashed resource mistakes they where making in the last 3 expansions. >.< 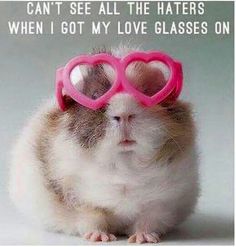 I’m more curious about when the prepatch to Shadowlands hits with the level revamp, the intro storyline, the catch up gear. I just want to level a character through appropriate expansion themes to enjoy the whole expansion like all of Wrath with a DK, all of Burning Crusade with a Draeni Shaman/BE Paladin, all of Pandy Land with a Monk (just kidding I hated that expansion).

The devil is in the details and hoo boy, there are quite a lot of details here! I’ll be pleasantly surprised if they somehow manage all of these systems in a satisfying manner.

Yes, I agree. The ideas all look good to me, but the entire expansion rides on how well they’re executed. There are so many complicated and interlocking systems that it will be extremely hard to balance them all, and unfortunately Blizzard’s track record on balancing these systems isn’t great.

As someone who still loves WoW despite everything, I wish they would step back from focusing so much on systems. It seems like everything is so systems-heavy right now. New systems upon new systems, throwing out the new system for a new system, and so on. It makes my head spin.