I’ve probably started and restarted this impressions piece about three different times now, primarily because I’m not entirely sure where to begin with Lost Ark.

I had the opportunity to dive into the beta build that is currently available ahead of its wider closed beta today, and I went into it with a whole lot of interest and intrigue. But now that I’ve had a few hours in the game, I’m kind of unsure about whether this particular MMOARPG is a good game or just a curiosity; a step in a wider search for a multiplayer ARPG that will actually hook me. As someone who is not really deep into this subgenre and is looking for this kind of game, I might have finally found the one that draws me in. Or at least gets me started on the path. Maybe. 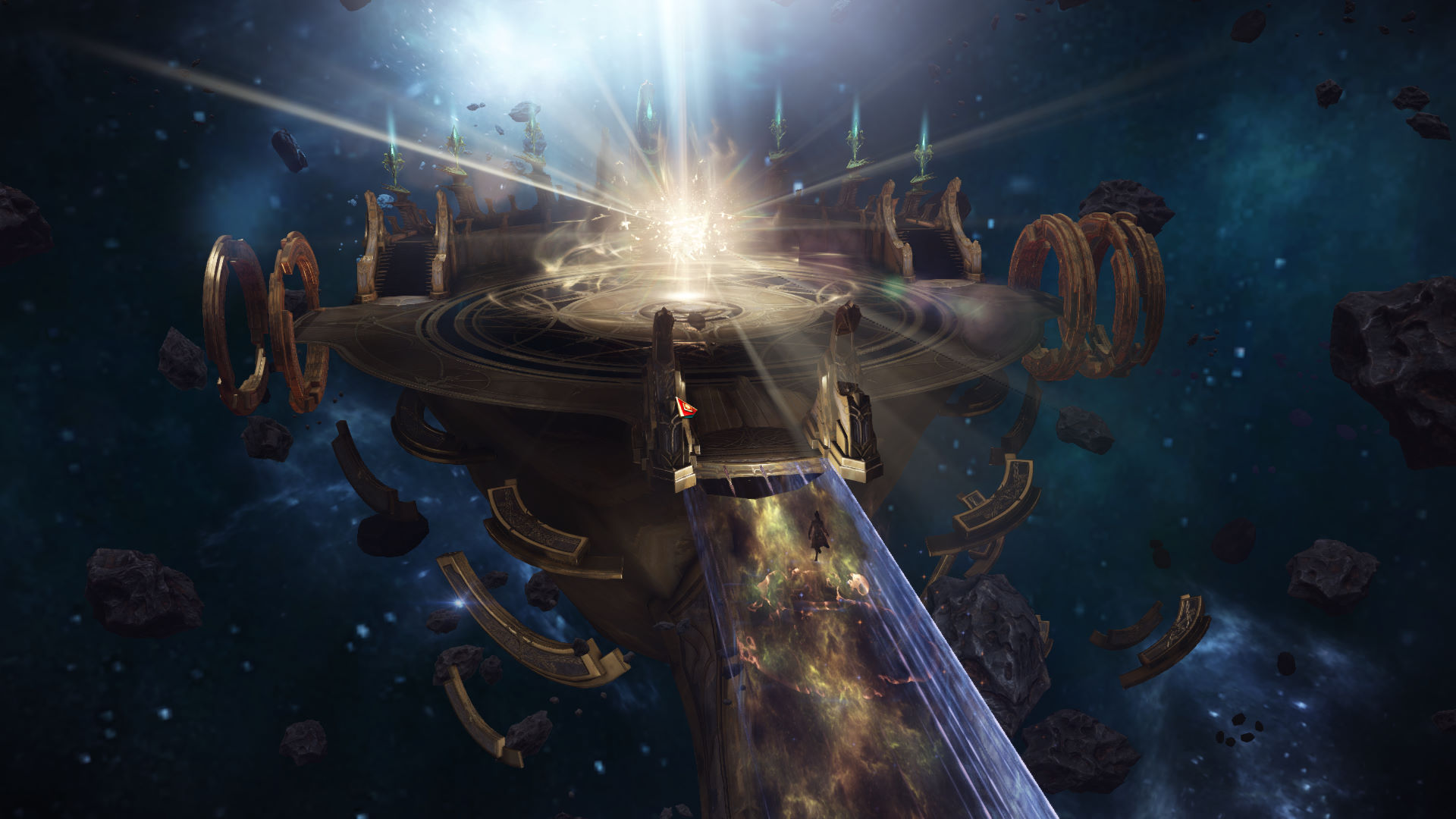 I should first point out that there are a lot of reasons to recommend this game whether you’re new to online ARPG gaming or not. For one, it is an absolute stunner in terms of visuals, with some gorgeous locations, great effects, and fantastic animations. The world itself isn’t quite something that I’ve been drawn to, but it does carry a lot of visual interest, and as ARPGs go, Lost Ark is definitely one of the prettiest going.

Another thing that took me by surprise was the narrative of the game. It’s not exactly a groundbreaker by any stretch – there’s a MacGuffin that was used to banish demons ages ago, and now that chaos is rising, both good guys and bad guys want it – but something about this game’s story kind of has me not quite blitzing through the quest text as I would in other MMOs. It very much leans into some classic JRPG simplicity, which is something I appreciate. Perhaps it just caught me in the right mood. 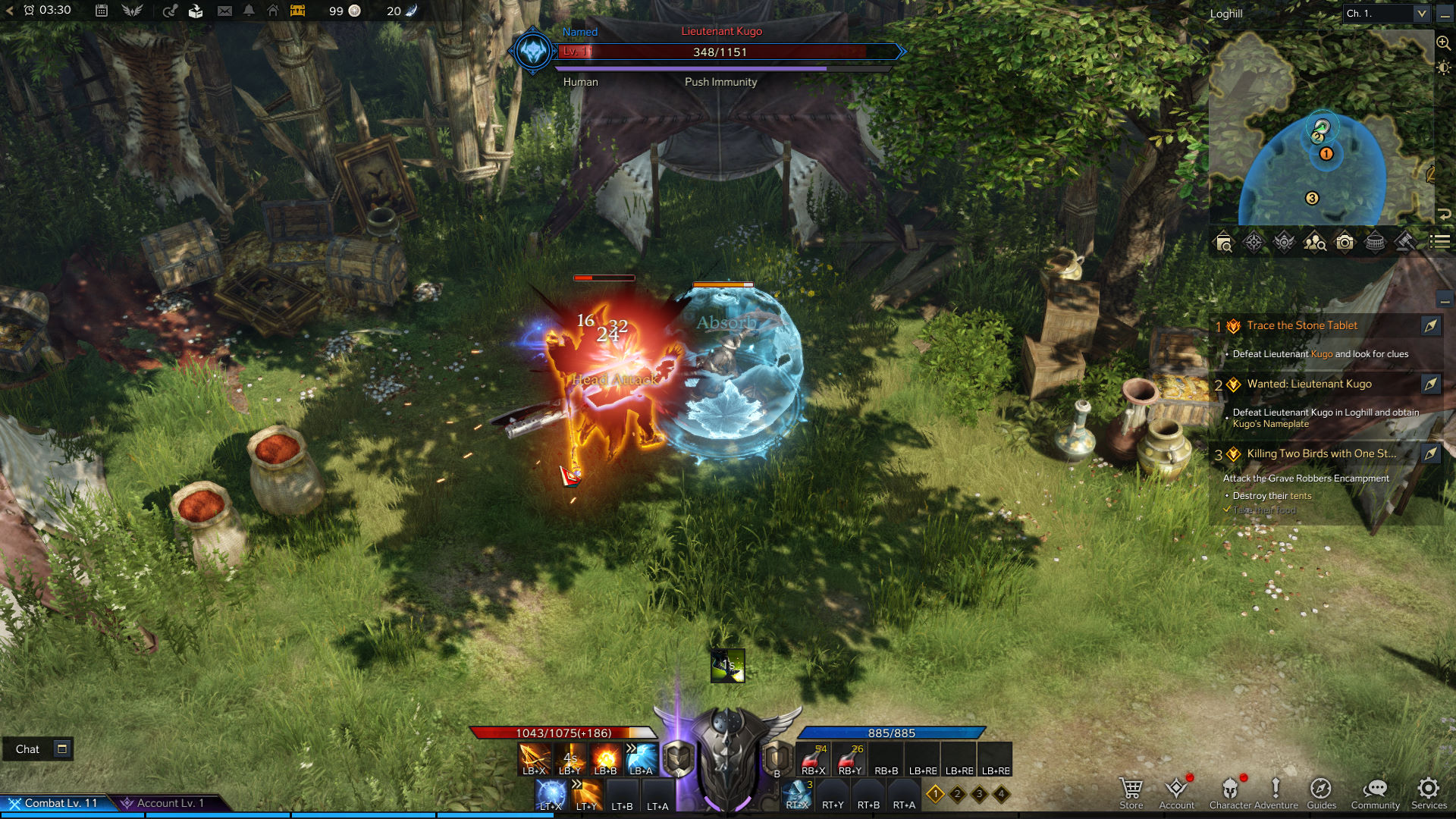 Moving in to combat, though, is where things start to get a little bit weird. This one doesn’t work quite like a Diablo where you basically have to mash out skills hard and fast to kill things quickly; it feels more like stringing together combos is the key to fighting success.

Enemies all sort of hitch for a brief half-second when they’re hit by even basic attacks, giving you opportunities to weave in some sort of ability to CC foes or drop some bigger hurt on them, depending on the class you’re rolling. Most of my time was spent with the Gunlancer warrior, meaning I wove in some blasting shots that kicked out big damage or blew foes onto their backs. More than other ARPGs I’ve played, the rotation seems to be the biggest sauce, rewarding optimal button presses instead of reactionary ones for the most part.

This idea definitely felt enforced when it came to boss fights. Certain skills, when engaged at the right moment, can halt a big attack and knock a boss prone, opening up a window for a whole lot of hurting. Thing is, none of the tutorials I went through really seemed to explain this concept particularly well, mentioning the mechanic in a sort of off-handed way and not really spelling it out too well; it was only when I looked at individual skill tooltips and noticed that some of them that mentioned their chance to stagger as being low, mid, or high that I started to appreciate the mechanic. It’s a very odd choice considering properly staggering bosses seems to be a huge part of battle mastery, and finding the right rotation and remembering which skills do stagger damage is key. 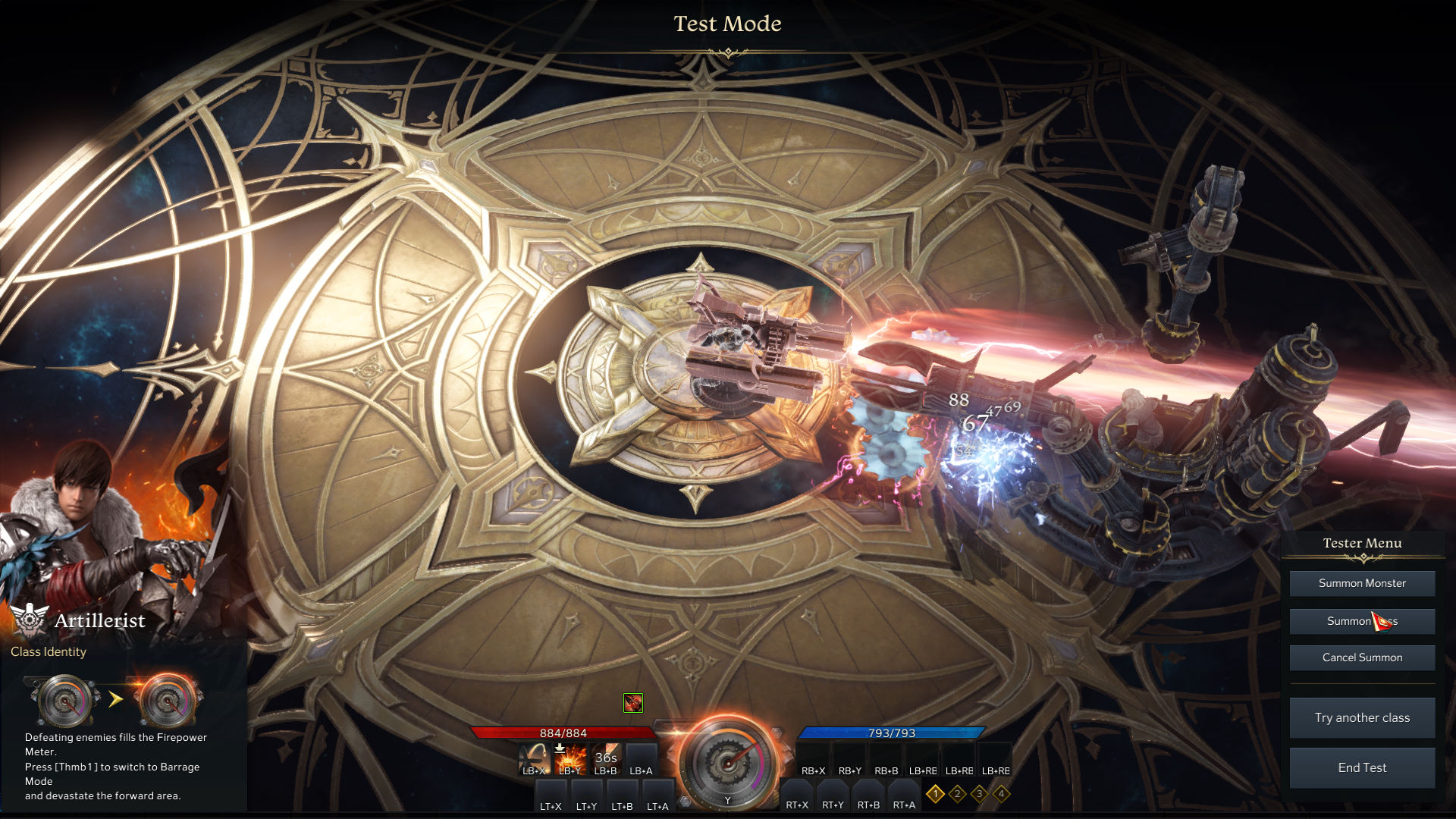 As interesting as that all sounds on paper, playing it initially feels extremely stiff, imprecise, and just plain weird. The click-to-move controls certainly don’t help. Over time, though, and with a bit of futzing around with options, I was starting to get the hang of it as I sorted out the cadence of combat, how best to aim my character at foes, and learning the muscle memory needed for proper rotations. Using a gamepad overall felt the most comfortable for me, and in both cases I started to develop something nearing prowess over time.

On the subject of the tutorial, that overall has been changed for the better, with the opening sequence tossing you into a safe zone where your chosen starter class can try out whatever advanced classes they have available to them, for as long as you want, without fear of taking damage. Better yet, once you’ve found the class you like, you immediately start as that class, kicking the game off at level 10 and sending you into a new prologue that provides some further tutorial instructions as well as the opening story beats. I’m told by the devs that this is a big change from the way the game used to open up; I don’t have any point of reference since this is my first time with Lost Ark, but I can’t imagine what it was like before and appreciate how ARPG noob friendly this all felt for the most part, save for the stagger mechanic complaint I had earlier. 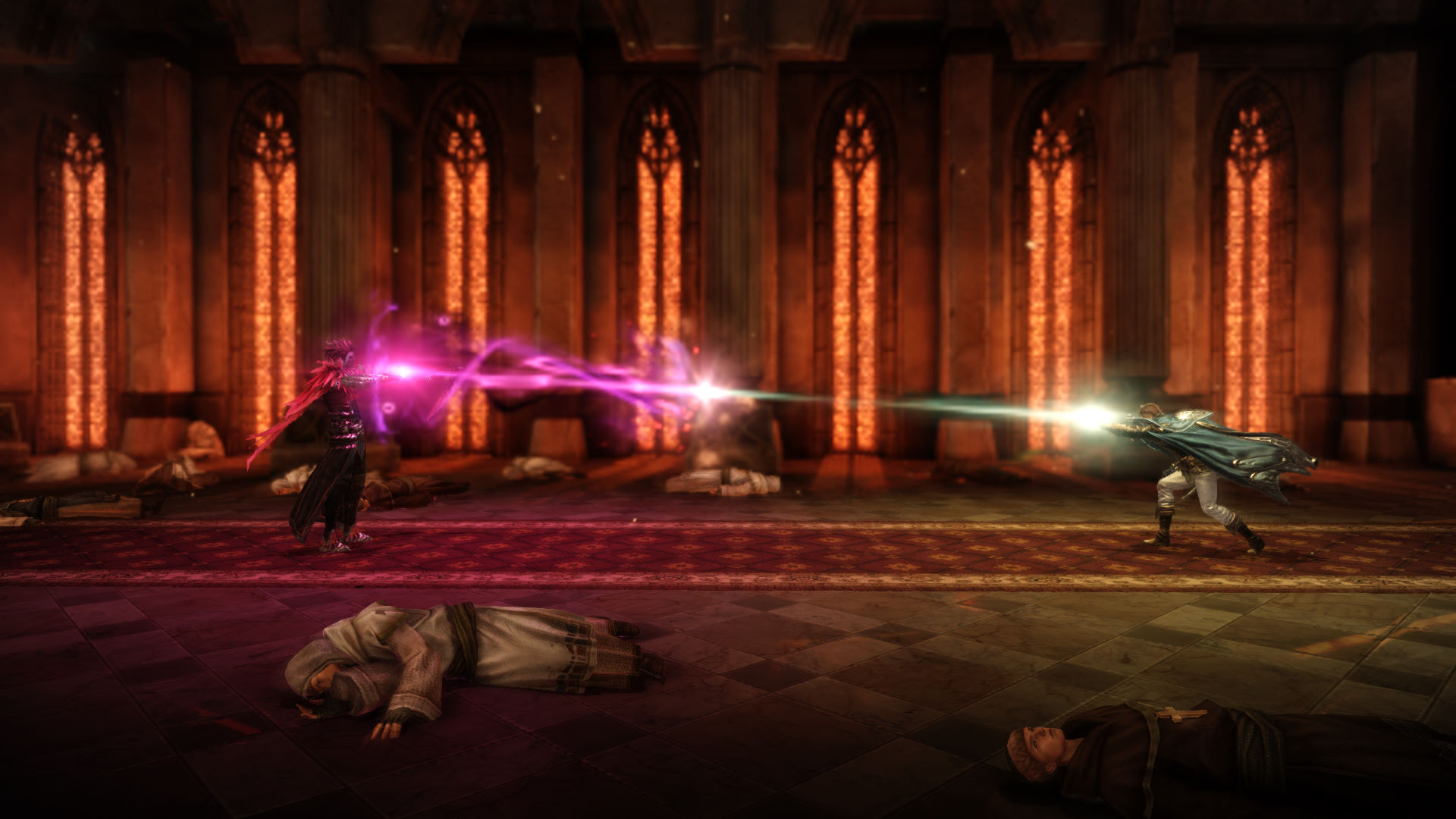 Another thing that feels ARPG noob friendly is the game’s skill upgrade system, which mostly involves allocating a number of points to your favorite buttons and unlocking variants for those buttons on a tree when enough points are applied. Most ARPGs seem to lean in on hyper-complex and convoluted advancement trees, so the generally streamlined progression system was welcome. Again, this is probably meant for wider consumption than the diehard ARPG player. Those sorts of fans might balk at paltry options, but honestly not having to worry about what nodes or gems or tree branches would give me the most optimal 1% improvement was a boon.

Even with all of these good points, I’m still not sure that Lost Ark is going to be the MMOARPG that I finally get. But maybe it will be. But then again it controls super weird. But then again it is pretty gorgeous, and I’m curious about the story. But then I haven’t quite learned when to hit the right buttons at the right time. But I also think it’s coming together for me. Maybe? I don’t know. Perhaps a few more hours to wrestle this puzzlingly intriguing game will yield me some more answers. Fortunately, that’s what we’re about to get with this November beta test.