In spite of its rocky start on Steam, Lost Ark has already rocketed to (almost) the top of the charts, even before its free-to-play launch. Last night, day one of headstart saw 532,476 concurrent players and well over a million Twitch viewers at its peak. You might dismiss those Twitch viewers given the incentives from all ends, but this headstart is buy-to-play, meaning Amazon and Smilegate are cleaning up on this imported MMO. That player count put the game in third place on Steam, under CSGO and Dota 2.

For comparison’s sake, Amazon’s New World saw over 900,000 concurrent during its launch weekend last fall. Then again, we’ve been waiting since 2014 for Lost Ark.

To handle the load, Amazon opened multiple servers throughout the evening, including Akkan for the west coast and Karmine for the east coast. The full free-to-play launch isn’t until Friday, so now you’ve got to decide whether you can wait a few more days for that or the hype machine is going to get your wallet open after all.

We’ll be streaming the game this afternoon, so check back at 2 p.m. EST for Chris’ first steps, and give a look at Tyler’s pre-launch hands-on with the game while you’re at it. 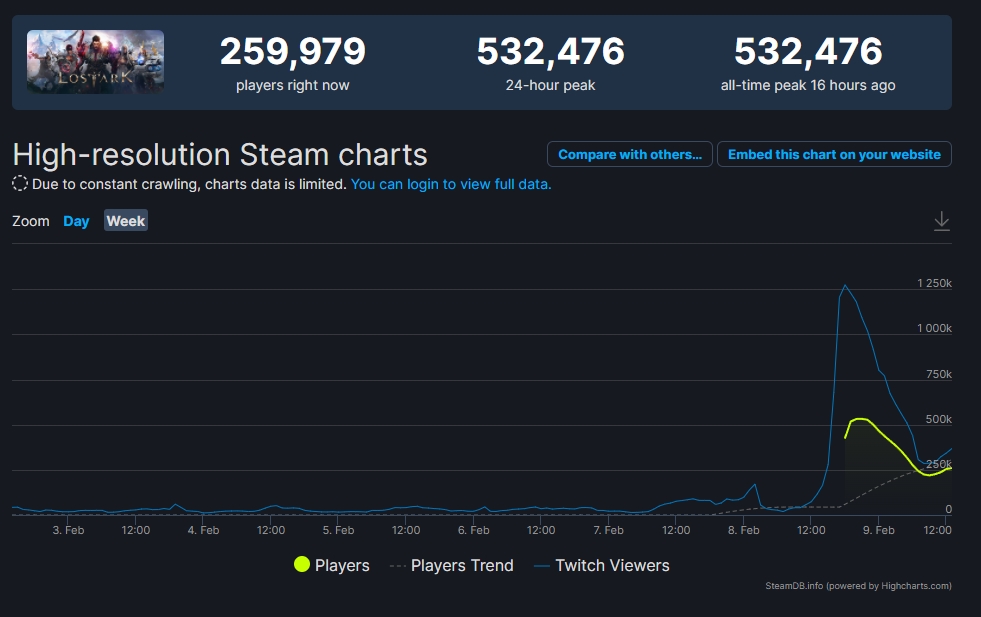 … And now for the final reveal of the Man at Arms recreation of the Berserker Sword!!