After years of waiting, the MMOARPG Lost Ark launches in the west today, at least for those who bought founder’s packs. The rest of us will be waiting a few more days for the full launch on the 11th.

I already previewed the beta of the game, but publisher Amazon Games was kind enough to let press delve in again prior to the launch, giving me the opportunity to dig a bit deeper into the game and its systems, as well as try out the newly included Sorceress class.

To be honest, my overall impression of the game hasn’t changed that much since my last column. This beta build wasn’t greatly different from the one I played before, and the game’s strengths and weaknesses remain consistent. In short, it’s good. It’s nothing revolutionary, but it plays well.

If consistency and polish are things you prize, Lost Ark has them in spades. This is one advantage to waiting so long for a western release; the game’s had a lot of time to find its stride, and it shows. Everything in the game — from the combat to the story and beyond — displays a consistent level of quality that few games match.

Even the basic quality of life feels great. Fast travel is cheap and plentiful, mounts are earned quickly, vanity pets gather loot automatically (praise the gods someone else gets it), and inventory space seems plentiful for a free to play game.

However, in a way, this is also the great downside of the game. Everything works well, but it also always feels a bit safe. Everything about Lost Ark is good, but little about it is great. 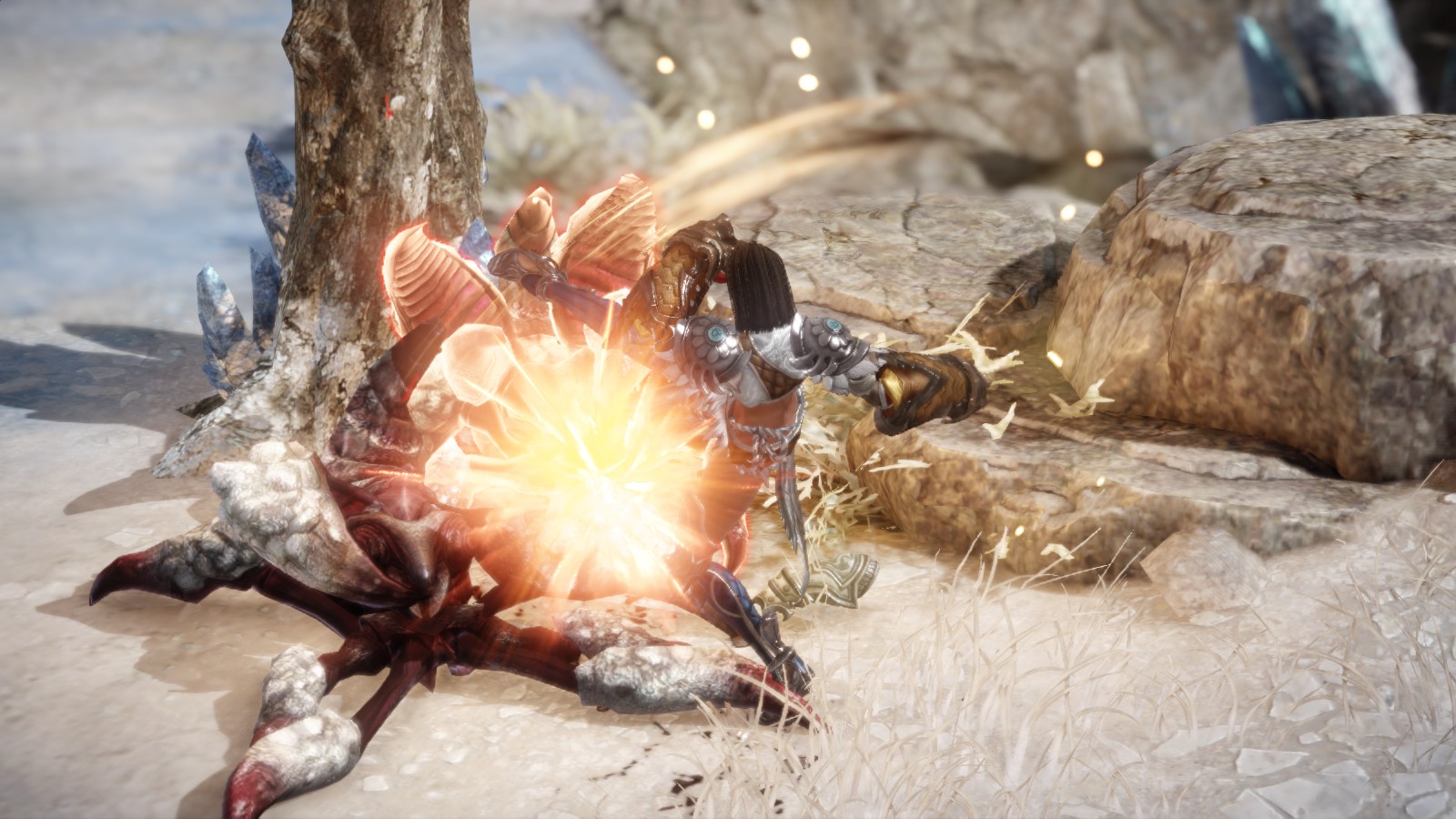 The combat, for example, is full of the kind of brutal intensity you want from an ARPG, but it’s not really doing anything we haven’t seen before. There’s no new ideas or interesting twists. You slaughter hordes of monsters with spectacular AoEs, just like in every other ARPG. It’s fun, but it’s not fresh.

Although they are very different styles of game, in some ways Lost Ark reminds me of Final Fantasy XIV. They both feel like games that consciously choose to neglect innovation in favor of taking a familiar formula and polishing it until it shines. How much this is good or bad is entirely down to personal taste.

Getting farther into the game this time did let me delve into areas of the game I didn’t get much experience of before – for example, the build system. There are some high level elements of character progression — such as the engraving system — I didn’t get to, but my impression of the low level build system is that it’s… adequate.

There are more skills available to each class than there are spaces on your bar, so there’s some choice there, and each skill can be customized by three tiers of modifications (each with two to three options) as you invest skill points into them. These mods can be swapped in and out any time the skill is not on cooldown.

It feels a lot like the rune system from Diablo III. You get three choices of “rune” per skill instead of one, but each individual choice tends to be less impactful. 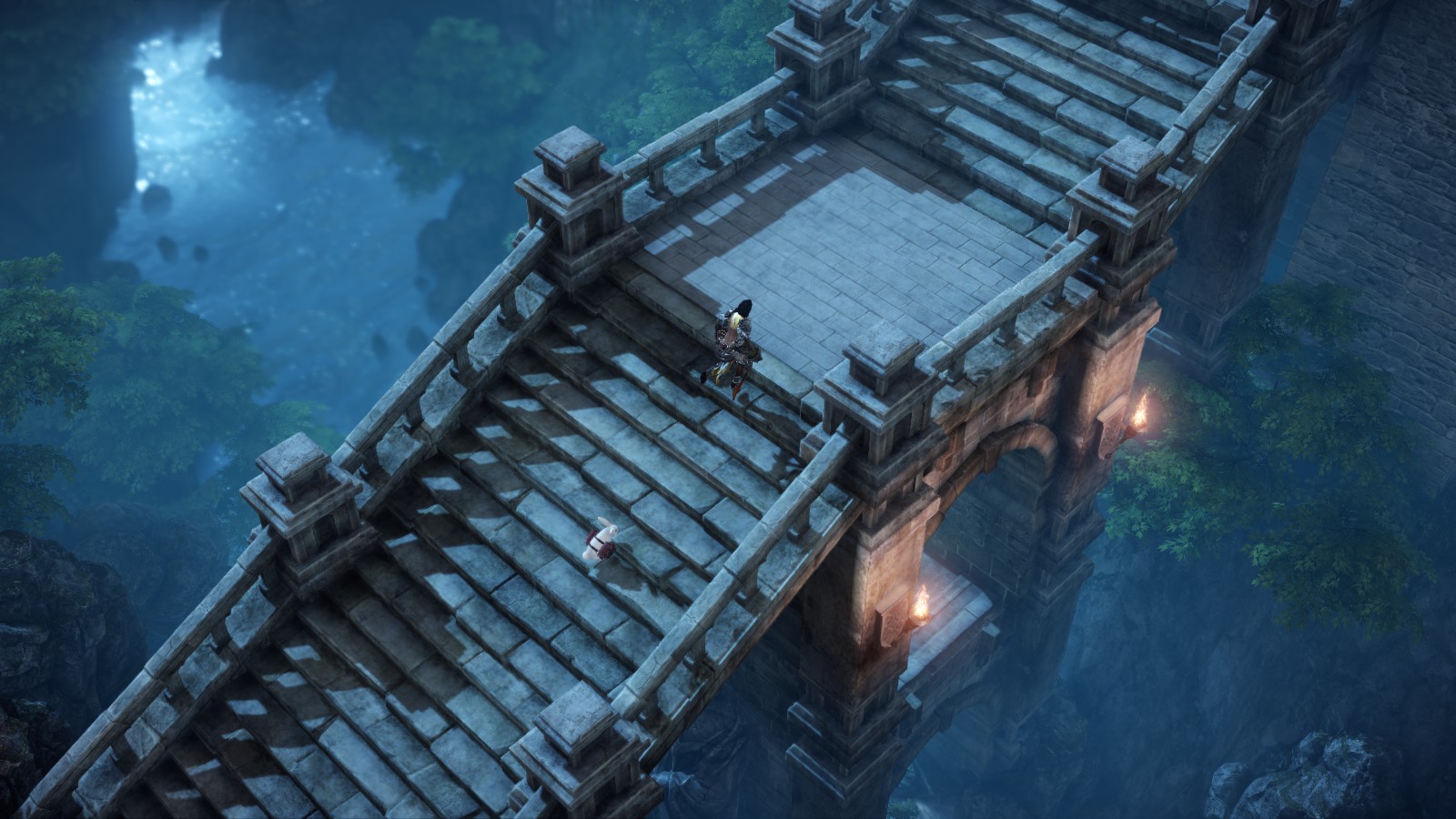 There doesn’t seem to be any kind of passive skills, at least at lower levels. The focus appears to be on customizing the active skills on your bar.

It’s enough to make you feel as if your character is not just a carbon copy of every other member of the same class, but it’s definitely not as deep as the systems you’d find in something like Wolcen or Path of Exile.

Speaking of classes, this was also an opportunity to check out the new Sorceress class, which has replaced the Summoner as one of two advanced classes for the Mage in the western release.

As I noted in my last column in the game, the classes in Lost Ark can feel a bit samey, so I wouldn’t say the Sorceress feels radically different from its predecessor, but for what it’s worth I do prefer it to the Summoner. It’s your classic elementalist mage, but the truly apocalyptic spectacle of Lost Ark‘s skill animations takes it to another level. I also appreciate that it does appear to be a class with which you can continue to utilize multiple elements at all levels instead of being pigeon-holed into one (glares at World of Warcraft).

Of course, even now I’ve seen only a small portion of what Lost Ark has to offer. It’s such a feature-rich game it would likely take months to experience it all, especially the way I play. So far I’ve counted nearly 10 different collection systems, not even counting pets and mounts. To say nothing of housing, or sailing, or high end raids, or PvP…

Playing alts will of course add even more options to the game, and this is clearly a game that wants you to play alts. Nearly all forms of progression are shared across a server-wide “Roster,” and I’ve been told that one of the most efficient ways to play endgame is to have multiple alts farming materials to feed to your main. There’s even an option to switch characters in-game without even going back to the character select screen. 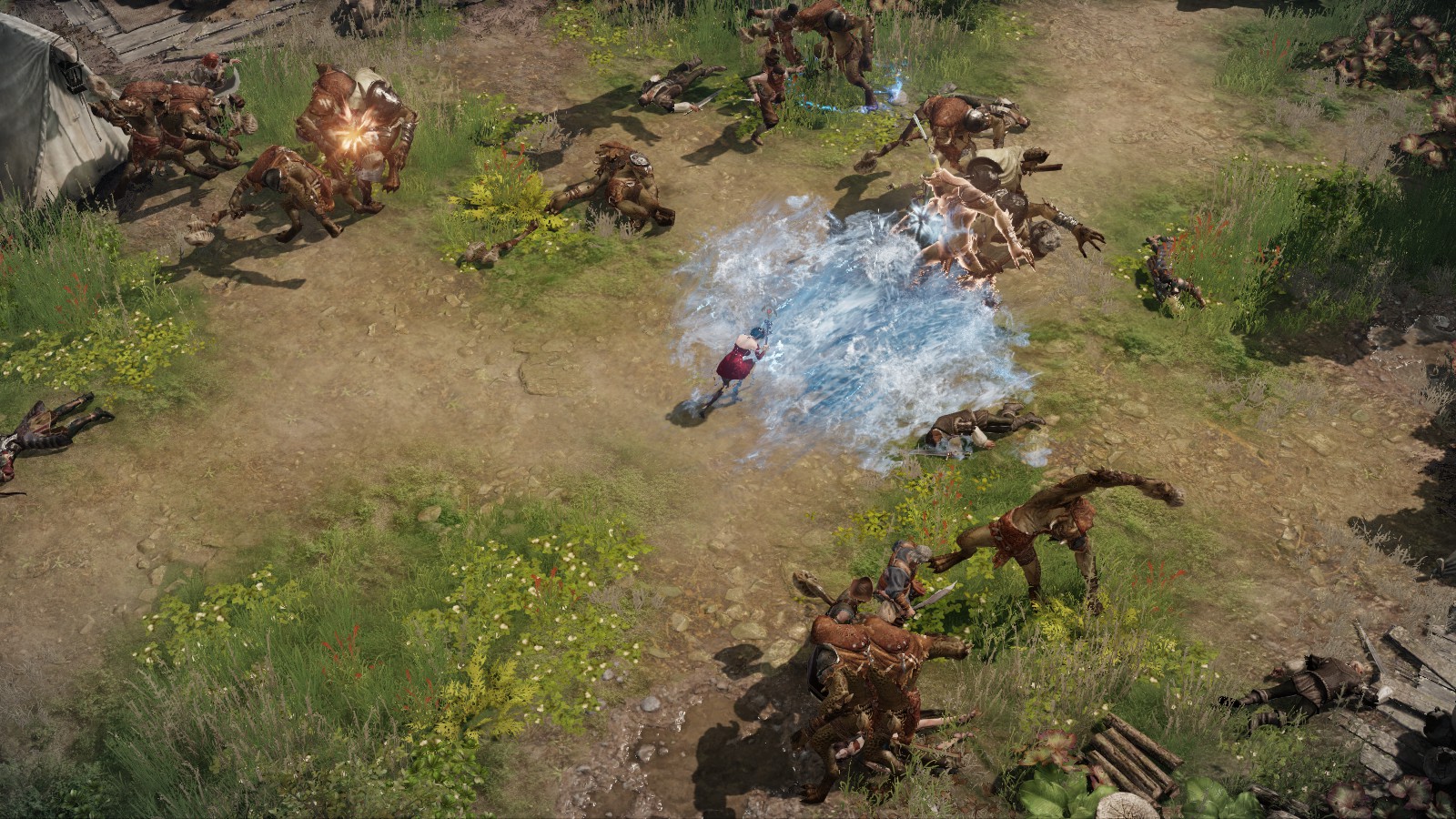 This all sounds good to me, but I do think there’s one flaw that keeps Lost Ark from being an altoholic’s paradise: Leveling is extremely linear. Every character is going to be doing the same content to level up.

There’s a way around this, sort of. There are both paid and (uniquely, as far as I know) earnable level boosts that can take your alts straight to higher levels. It’s not nearly as fun as leveling alts through different stories as you can in games like Elder Scrolls Online or Star Wars: The Old Republic, but it does save you a lot of repetition.

There is one feature conspicuous in its absence, though: There is no transmog or wardrobe system. There are cosmetic skins you can equip to overwrite your armor appearances, but from what I can tell most if not all of them are from the cash shop, and there’s no option to give high-level gear the appearance of low-level gear, for example.

Overall, Lost Ark is a very solid game, but there isn’t anything about it that really makes me sit back and say, “Wow!” If you’re a fan of ARPG combat or just want a new MMO to play and aren’t put off by the isometric camera, it’s definitely worth your time, and you’ll probably get some good fun out of it. But if you’re not already a fan of the genre, this probably isn’t the game that will convert you.