Like many ARPG fans, I have long-awaited the Western release of Smilegate‘s MMOARPG, Lost Ark. Though the launch has been delayed to next year, I, alongside MOP’s Chris, was recently granted access to an early beta preview of the Western version of the game.

I did play in a previous alpha test for the Western release of Lost Ark, and while an NDA still forbids from getting too far into the specifics of my experiences, I can say that I came away pleasantly surprised by the game’s quality and looking forward to the full release. This new foray into beta initially threw some cold water on my hype, before again reassuring me that this is a game worth keeping an eye on.

The big change that I could see in this version of the game is a new tutorial. In the previous alphas, each class got its own unique starting experience, ultimately culminating in the player choosing an advanced class and joining the wider world at level 10.

In the beta, that whole sequence has been thrown out. The stories of the previous tutorials are summarized in short cutscenes, and then you’re immediately promoted to level 10, set up to be anointed the Chosen One, and prompted to choose your advanced class (a permanent choice).

From a story perspective, it’s disjointed and confusing, and from a gameplay perspective, it’s downright overwhelming. You are permitted to try out each advanced class against enemy spawns as much as you like, but it’s still a lot of complexity to throw at people immediately after character creation.

Once you’ve chosen your advanced class, you are then beamed into a new tutorial sequence that is the same for every class, involving the search for an artifact in a ruined city. 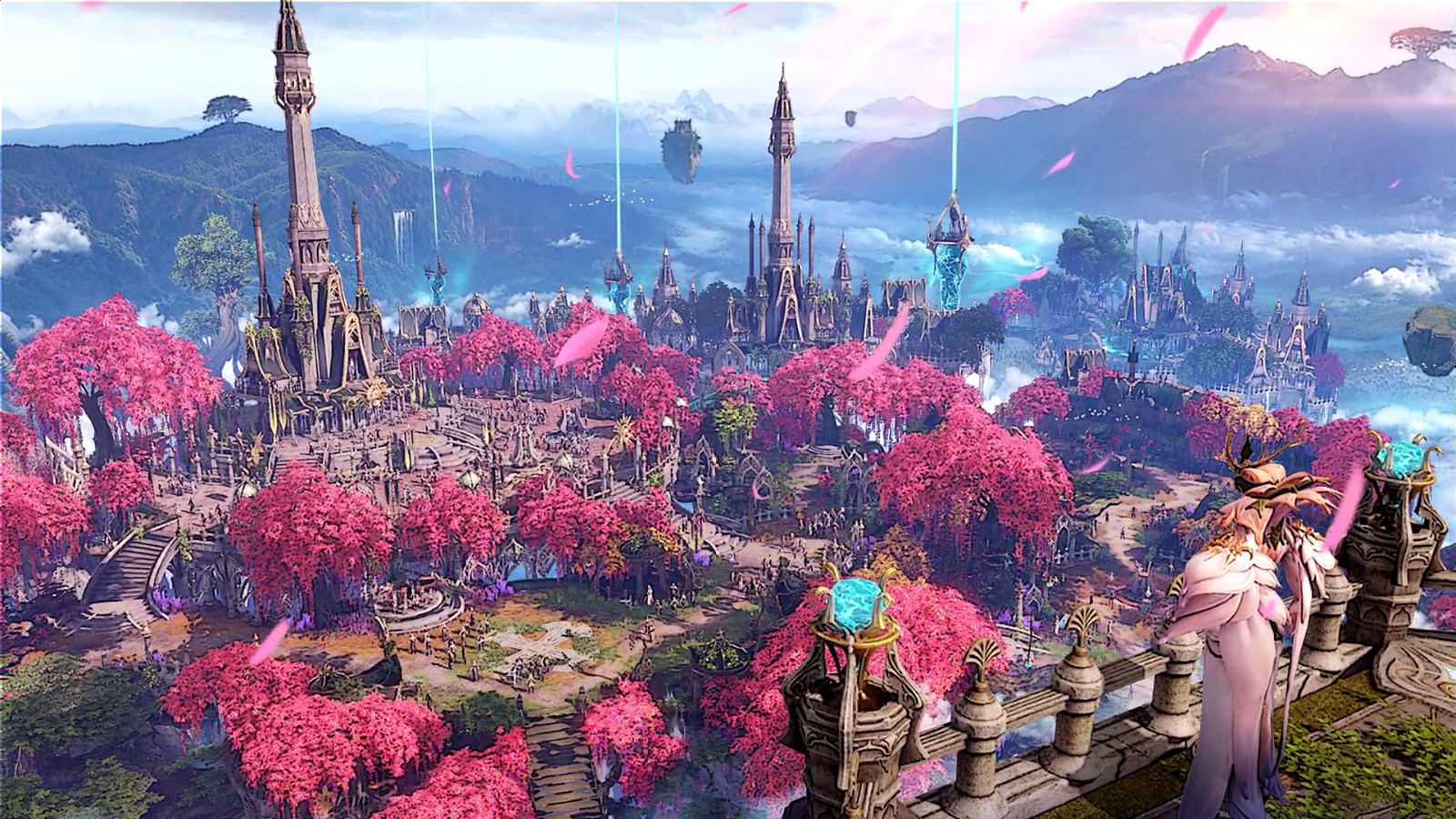 It’s not a really a bad tutorial as these things go — the story’s decent and helps flesh out the world-building a bit — but it does feel quite a shame to throw out all the tailored stories for each class in favor of a “one size fits all” approach. It’s also still pretty lengthy as tutorials go, so it’s really not saving anyone any time.

I’ll be honest: I have absolutely, positively no idea what the point of boosting everyone to level 10 and then making them do a full length tutorial anyway is supposed to be. This is one the clearest cases I have ever seen of a solution in search of a problem.

When Lost Ark‘s release was delayed to 2022, I had hoped it would be an opportunity to fix some of the game’s actual problems, like gender-locked classes, but at least so far, that doesn’t seem to be the case. It is possible that sort of thing is still coming before the Western launch, especially considering gender-locks are already being removed in other regions, but the fact this unasked for new tutorial was given priority raises some doubts about the decision-making at the helm.

So based on that I came into the beta feeling a bit grumpy. The new tutorial really ensures the game gets off on the wrong foot. However, once I got over that initial frustration and started to get into the swing of things again, I was reminded that Lost Ark is actually pretty good. There isn’t necessarily any one area where Lost Ark blows away the competition, but it does seem to be a very solid, polished, and feature-rich game.

An ARPG like this lives or dies by the strength of its combat, and while I wouldn’t put Lost Ark down as the best ARPG combat I’ve played, it’s more than good enough. I was initially concerned because Lost Ark combines two designs I’m not fond of — cooldown based abilities and a relatively bloated action bar — but combined they make for a pretty smooth experience. While the cooldowns are on the longer side, having a minimum of eight skills on your bar allows you to cycle throw them all with little to no waiting, and you can always fill gaps with your basic left click attack. 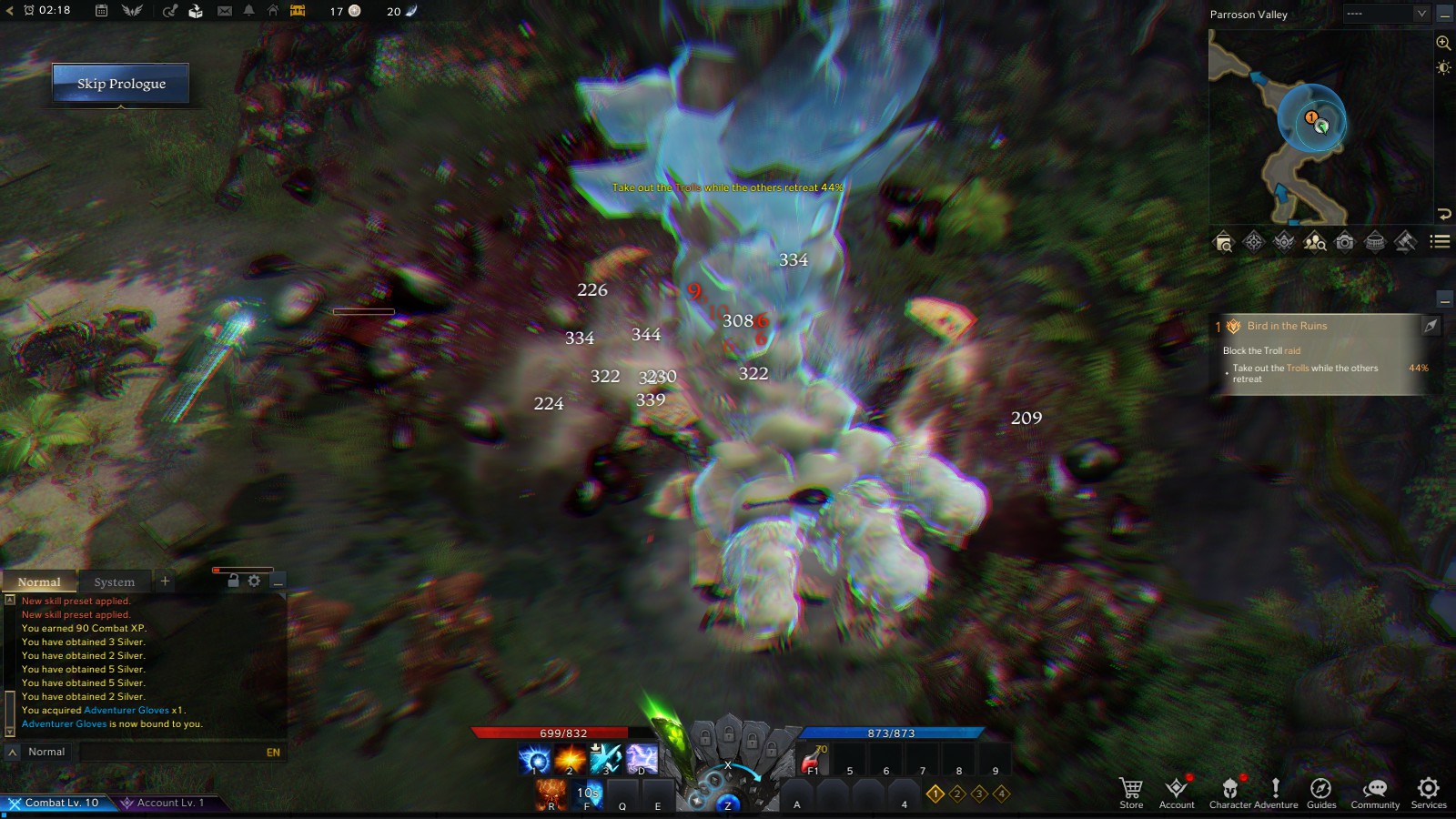 Meanwhile, eight skills — plus potentially a few more depending on subclass — is a bit more than I like, especially in an ARPG, but it’s not quite enough to feel truly awkward.

What really adds spice to the combat is the skill animations, which are gloriously over the top even by the standards of ARPGs and Eastern MMOs. Almost every single skill feels downright apocalyptic in its power. Some may find it a bit much, but ARPGs are a power fantasy, arguable more so than any other game genre, so if there’s one place you should be able to crush a squad of bad guys by calling down a giant foot Monty Python style, this is it.

I spent a lot of time in this beta tinkering with alts to experiment with different classes, and again I found the class design to be firmly in the category of “good enough.” Basic skills feel a bit samey across a lot of classes — a downside of everything being a godly wave-clearing AoE — but every class gets their own resource or gimmick, and that provides a decent amount of class identity. The summoner and war dancer build up charges to spend on stronger abilities, while the gunslinger swaps between different guns with their own skill bars, and so on.

As a connoisseur of angsty and edgy characters, I had already settled on the half-demon Assassin class as my main, but I will say trying the Martial Artist this time around made me second guess my choice, as both its War Dancer and Soulfist advanced classes feel really good, with simple but compelling class mechanics and incredibly satisfying sound effects and animations.

On the downside, I did find the ranged options underwhelming outside of the Soulfist, but I think that’s mostly down to personal preference. I can find no glaring objective flaws in the other ranged classes; they just didn’t click for me.

I was disappointed the Summoner class isn’t actually a summoner in the mechanical sense. It has a few skills that summon minions, but said minions are few and short-lived. Really “summoner” is just a flavor element, with your skills skinned as summoning spirits, but mechanically there’s no difference between hurling a fireball and conjuring a charging horse spirit. 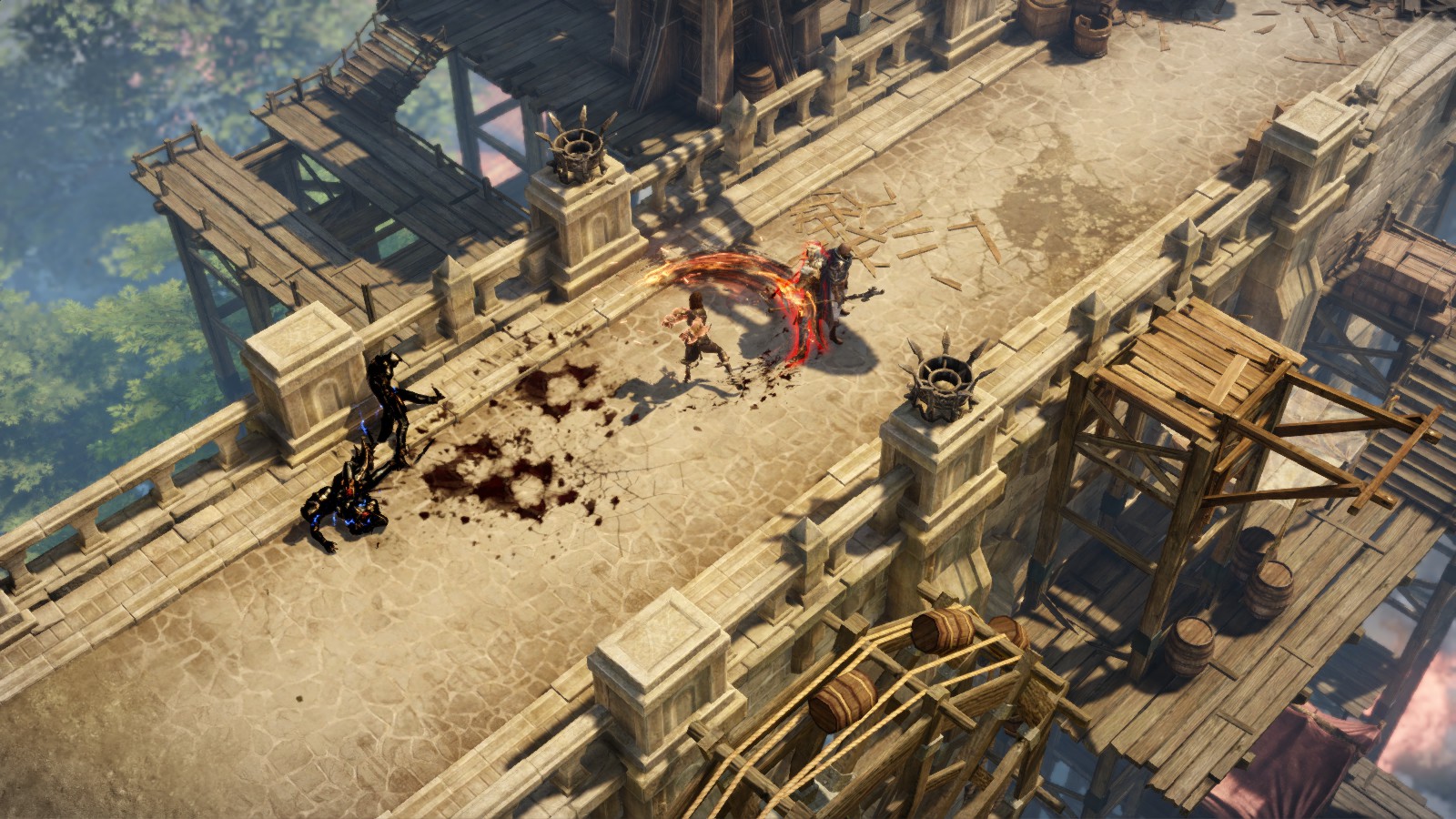 In terms of the other big factor that matters to me in an RPG — story — Lost Ark will definitely not win any awards for originality, but the execution is above average. It’s your standard “chosen one to save us from the demons story,” but there’s lots of cinematic story moments, the voice acting is plentiful and competent, and it seems like a decent amount of effort was put into fleshing out the backstory of the setting.

It’s also a very pretty game that does not like it first launched several years ago. It can absolutely pass for a 2021 release. I was particularly impressed by the detail of the character models, backed up by a character creator that is perhaps not so good the likes of Black Desert or Aion but is easily ahead of any other isometric ARPG I can think of.

I didn’t have the time to delve too deeply into the upper tiers of the game, but I did see enough to realize that Lost Ark is incredibly feature rich. Beyond the standard combat and loot grind you’d expect, I encountered or heard mention of Guild Wars 2 style vistas, lore collectibles, player housing, an NPC friendship system, pets, mounts, and an “adventurer’s journal” item collection system. Considering most ARPGs are relatively small in scope, this is an absolutely staggering list of features. The camera and combat may be pure ARPG, but the feature list screams MMO.

Although the tutorial change has left a bad taste in my mouth, Lost Ark remains a game I look forward to with some optimism, even if now it’s slightly more cautious optimism.