It’s pretty common knowledge by now that Lead Designer Romain Amiel really likes to give teasers and spoilers for The Secret World. Unlike Twitter, which limits these little peeks to only a short sentence and an image or video clip, the official dev livestream can pack in the information. And this week’s The Streaming Ones definitely delivered! During this ninth AMA, Amiel and the team showed of some incoming Halloween items, dished out secret information on Carter, and talked about a few of the features coming in the second half of Issue #12. Oh, and Funcom also announced that Issue #12.5 was being released next week! (And on a totally unrelated note, the livestream also showed that Amiel’s inventory is worse than mine.)

If you missed the stream, you can can watch the replay on Twitch, though it is broken into a few parts, but we’ve also got the highlights right here for you. We also have the proof saved for all posterity that developer Joshua Doetsch has committed to naming a his first child MassivelyOP! (We probably won’t hold him to that, though.) 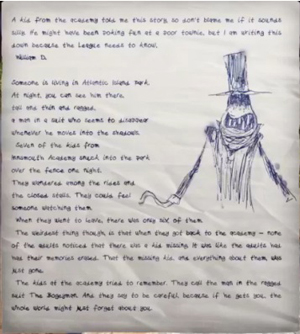 There’s no denying that Halloween is THE holiday in TSW. I’d venture to say that most fans are just like me: on pins and needles waiting for this year’s event to start. It’s even more exciting knowing that it was written by former Game Director Joel Bylos! Unfortunately, the stream didn’t divulge a date for the event or many hints about what will happen. What we did get, however, was the tiny tidbit that the mission sequence ties in with The Park, the new horror game Funcom is producing that is based on TSW’s Atlantic Island Amusement Park located in Savage Coast. Amiel also offered this tiny spoiler about The Park in the image to the right.

We also got a preview of at least one of the incoming holiday items. Based on “our new Funcom movie called Shriek” (devs words, not mine!), players will have the chance to don a hooded black robe and a familiar-looking melted white mask.

As in all previous years, players can to complete the event missions from past Halloweens. So if you really want that awesome radio from last October, you still have time to get yourself eligible to enter Tokyo.

A really neat bonus in this stream was learning more tidbits about Carter, the powerful prodigy from Innsmouth Academy. Devs brought out some information on the character from the in-house Wiki (which is apparently kept in “the dungeon”) and read a number of passages that offered more insights into the fan favorite. Some highlights include the fact that Carter is a senior at the Academy even though she is only 16 years old, and that she started at the school at the almost-unheard-of age of 12, recruited by Montag himself and granted a full scholarship. Carter escaped the fog by climbing atop the school buildings.

Players have already grasped that Carter is introverted, and if they’ve done her quests probably also realize that she stays away from folks because she is afraid of inadvertently hurting them with her powers. What  folks didn’t know was that Carter now also tends to shy away from her family because of her fear of hurting her parents or her younger siblings. Although her parents assured her otherwise, Carter feels she was sent away because they were embarrassed and even ashamed of her. 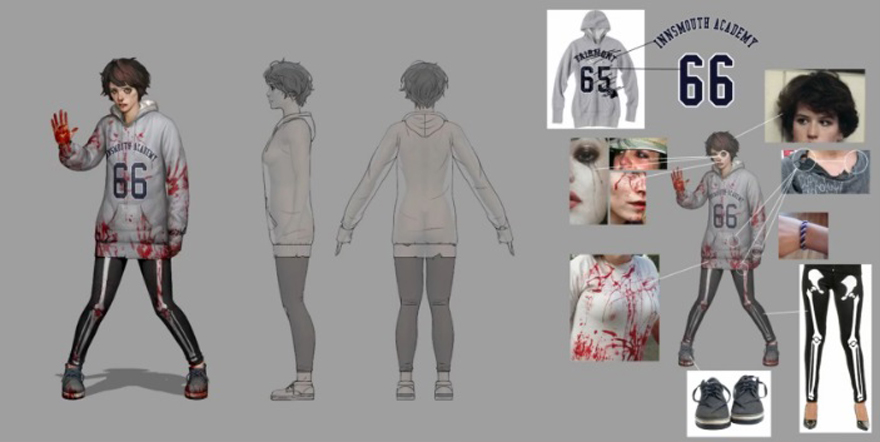 Another Carter spoiler is that she has two very close friends: Danny Dufresne from Kingsmouth (with whom there are the inklings of a budding romance) whom fans already know, and Melanie, a girl who fell victim to the zombie assault and is currently in magical stasis in a janitor’s closet. We eagerly await learning more about you, Melanie!

After showing off the production concept for Carter seen above, Amiel explained that most of the blood on Carter’s hoodie is actually her own, a product of “surreal nosebleeds” brought on by using her power. Speaking of her power, the devs also showed off something that many players — including me — didn’t realize when first doing the mission Carter Unleashed, where you follow her into the basement and get to witness a taste of that power. That ward generator you crafted should actually be used during the mission to protect you from her mega explosion! Me, I just ran as far out of her range as I could — after those first few deaths, that is.

Here comes 12.5, all dressed in white

OK, maybe the second half of Issue #12 doesn’t really have anything to do with white, but it does have to do with purple — purple, as in gear! The devs elaborated on the new loot as well as some of the other changes and features coming to TSW with the conclusion of the current issue. Sadly, we didn’t get any super hints or visual spoilers of the upcoming dungeon, but we do know that it  it continues on where you left off in the previous dungeon. Called The Manufactory Breached, it involves Spoiler: Click to open only if you dare!

going back in and finding out what happened with Emma, whom players discovered trapped at the end of The Manufactory from the first half of the issue.
The elite and nightmare versions of The Manufactory Breached will be released simultaneously. 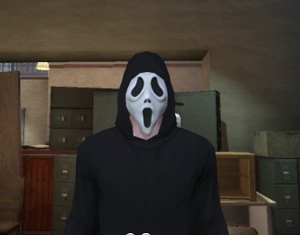 Also coming next week is the first ever Nightmare raid. The New York raid has the distinction of being the first one players can delve into; Amiel explained that the team is not quite happy with the balance of the other two, so they are being held back until around Halloween so that team can continue to tweak them.

For those worried about the increase in the gear cap to QL 11, this next piece of news may bring some comfort: Devs described how the loot was changed in the Nightmare version of the dungeon specifically to help players bridge the gap from what gear they have to the new cap. The new loot from the dungeon will come pre-built with signets in them; the 10.8 gear will have blue signets pre-installed, and the rarer 10.9 items will have purple. Amiel stressed that Funcom wanted this gear to be stuff that players actually wanted and has made adjustments through testing to bring that about. The idea is that players can equip it immediately and have an upgrade right off the bat; because this new piece has a signet already, players can focus their efforts on upgrading a different piece of gear, slowly building up their personal, customized sets. However, even though these loot drops are very good, make no mistake: Custom gear is still better.

Another change in this issue is that the drop rate for augments in scenarios has been seriously adjusted. Players who really do not like scenarios at all can still buy augment bags with Black Bullion as introduced in the issue previously (but they are pretty expensive!). However, those who do run the scenarios will find more augments are possible. In fact, every scenario that players get platinum level and don’t let any survivors die will have a guaranteed spawning of the rare boss 100% of time. This boss’ loot was also improved; in the Nightmare version, this boss will drop at least three blue augments, maybe a purple or two, and even possibly an orange miraculous augment. Basically, if you do very well, you won’t walk out with empty pockets — or possibly even more insultingly, only greens.

Off the 12.5 topic, Amiel stressed that the daily and weekly challenges were always meant to just reward players for how they played, but so many players are getting burned out because they feel that they need to log in and complete them all all the time. In order to help with this, the team is working on a few things. In the first iteration, the devs are looking at incentivizing people to do things (like scenarios or Fusang) by upping the drop rate of Marks of the Pantheon. Amiel also said that other plans such as new challenges are in the works, but the devs want to follow up on player feed back first. 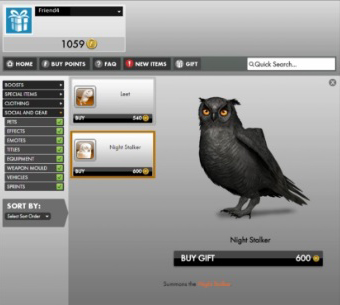 A long-requested feature is finally making it into game: gifting! Amiel explained that there are many factors involved in bringing the ability to gift other players things from the item store. Items can be faction-based, gender-based, or simply already owned, so how can gift givers avoid wasting their money on items that are not even usable by the recipient? The solution is still a work-in-progress, but essentially the new gift interface in the store will show the buyer what is available for the recipient. By selecting a name from your friend list on the special drop-down list, it will populate the actual item store for that friend!

Speaking of the item store, Amiel also said that the item of the day has been fixed and will now actually rotate daily.  Additionally, the IOTD is now 40% off.

MJ Guthrie mbbrazen yeah I hear you. RNG hates me so the really rare stuff I’m not going to get. I don’t even rue about it anymore.

Sounds great! I will enjoy Halloween 2015 in The Secret World and here’s to Halloween 2016 and many, many after that for FunCom!

I get the feeling this will be the last Halloween in the Secret World and the way things are going it may even be the last issue .

Really looking forward to TSW halloween…need to finish the radios this year.  That was creepy, but I wasn’t in Tokyo yet so I couldn’t get them all :/

Fingers crossed that Funcom is around to do Halloween 2016!  (or that TSW is sold off to…err….Red Thread?)

For the challenge popup on login theres an option to disable that if you want.

Trying to persuade people to do “not-challenges” for MoP instead of the challenges is going to fail as long as these challenges exist and taunt you upon login.
And – but that’s a strictly personal problem – there’s little difference between three blue augments and one green for me. Those are going to get dumped on the alts anyway. I can only hope the RNG loves me and favours the purple/yellow category :)

mbbrazen I want the NM version cat soooo much!  No way RNG will allow me to have it though.

I love Halloween in TSW! Have never missed one. The only loot from previous Halloweens that I didn’t get was that dang cat. I passed on it so a friend who desperately wanted it could get.it…dang friends. Looking forward to this year;s version. I’d better get going on the Manufactory and finish up the elite version.

Armsbend That is exactly what I thought!

Wait…Carter was designed after Molly Ringwald?!?

Pantheon addresses leashing concerns in the wake of its streaming tech...

Bless Unleashed PC offers a preview of its next patch and...

World of Warcraft updates patch 9.1.5 with a release candidate and...