END_OF_DOCUMENT_TOKEN_TO_BE_REPLACED
With over 12 years of development under its belt, EVE Online has now revamped, rebalanced or replaced practically every part of its gameplay at least once. Almost every ship and module has now undergone extensive rebalancing in the past few years, for example, and the entire research and industrial side of the game was completely re-imagined last year. Just recently territorial warfare got a massive revamp, and player-owned structures are about to get an overhaul with the Citadels expansion next year. So many parts of the game have been iterated on and improved since their introduction, but there are still a few things that are badly in need of an update.

The most cited example of dated gameplay in EVE is its probably agent mission system, which sends the player on an endless stream of odd-jobs to ferry items from A to B or blow up a pack of bad guys. We’ve seen some good movement on this front with things like the burner missions and CCP’s long-term vision for PvE is pretty epic, but agents aren’t the only feature badly in need of a redesign. Low-security space has been badly neglectled over the years, off-grid warfare link boosting alts continue to plague small-scale PvP, and the temporary Sansha incursions that kicked off in 2010 have been running for five years.

In this edition of EVE Evolved, I tackle three EVE features that are desperately in need of an overhaul and describe potential solutions for each of them. 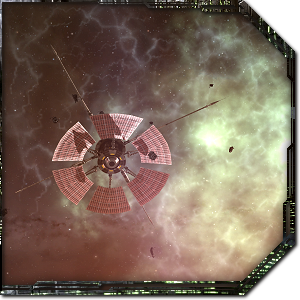 Off-grid boosting should be fixed

PvP roaming in EVE is a game of cat and mouse played over multiple star systems, with each fleet evading targets it can’t take down and hunting those it can confidently kill. Being able to accurately assess an enemy’s capabilities is a huge part of the game, hence the saying in EVE that “If you find yourself in a fair fight, someone miscalculated.” This is particularly important in the solo and small gang warfare that typifies lowsec combat and corp wars, as some ships and fittings are hard counters for others and knowing the capabilities of your ship can let you punch far above your weight.

There are very few ways to get hidden bonuses that enemies can’t see, and each one comes with its own risk and down-side. Combat booster drugs can give huge bonuses of up to 30% to armour repair, shield boost amount, signature radius and other stats, but they come with side-effects. Pirate implant sets can also give massive bonuses to armour hitpoints, shield boosting or speed, but they cost billions of ISK and are destroyed if your escape pod is blown up. The only hidden bonuses without drawbacks are warfare link modules, which can give significant fleet-wide bonuses to armour, shield, electronic warfare, and speed. A booster ship can be practically impossible to catch if it warps around a system between safespots, and in lowsec or highsec any neutral character could be a booster alt.

Solution: The problem with warfare links is that the boosting ship doesn’t have to be in harm’s way to give its bonus. We heard news this week that CCP is intending to fix this problem in the near future, possibly by limiting the bonus to ships that are on-grid with the booster. If this coincides with the huge increase in grid sizes then I don’t think it’ll make a difference as the on-grid booster could still be thousands of kilometers away and warp between pre-prepared safespots. The best solution would be to make the boosters area-effect fields limited to a range of about 150km. We’ve previously been told that area-effect mechanics can be a technical challenge to implement without causing lag, but it’s the only sensible way for it to work that isn’t open for abuse. 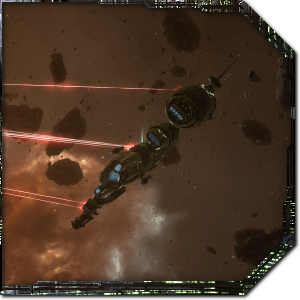 Back in 2010, EVE‘s NPC storyline started to seriously kick into high gear with a series of live events surrounding Sansha’s Nation. Sansha’s Nation learned how to control wormholes and began leading incursions into constellations throughout the game. A new type of group-based PvE was born with real danger and high rewards, and players scambled to work out strategies for dealing with the Sansha menace. Corporations formed around fighting back incursions, and CCP talked about possibly doing similar events for other factions using the new incursion PvE and AI tools.

Incursions were always meant to be temporary, but it’s been over five years and they’re still here. People run incursions for the high ISK payout and CCP seems reluctant to remove a feature that players are actively using, but today’s incursions are a pale shadow of the fun we had at the end of 2010. The first few months of incursions saw hundreds of players lose their ships trying to figure the mechanics out and optimise their strategies, and even some wars were sparked over rights to run the highsec incursions. Players have long-since optimised this gameplay and removed all risk, and now you can join a public incursion community to take part. Players even formed agreements not to run the final mothership event in highsec incursions too early so that everyone can grind the maximum amount of ISK.

Solution: The highest payouts in PvE should be reserved for the most dangerous and challenging content, but EVE players are masters at mitigating risk and eventually optimising strategies. The Sansha incursions need to end, but there’s no reason we can’t get new challenges in their place. We’ve recently been told that the mysterious Drifter faction coming from wormhole space will be launching its own challenging incursions. I hope that the reward for this new content comes partly in the form of rare items instead of all direct ISK payouts, as this ensures that the value of PvE decreases over time as the content becomes lower-risk to run. We’ve seen this recently with the fantastic temporary addition of Blood Raider PvE sites popping up all over lowsec, and there are hints that we’ll be getting a Serpentis complex event for Christmas. 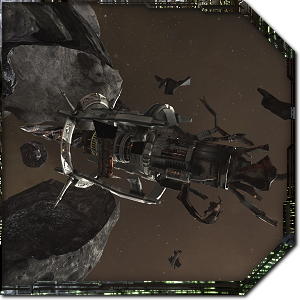 Lowsec mining is due for a revamp

Mining has always been a pretty low-priority feature for CCP as it has a reputation for being boring as hell, but it does have its place in EVE as a largely idle activity that lets you make some money while reading a book or watching TV. People mine in highsec a lot because they think they’re safe there (though suicide ganking is very common now), and they often mine in nullsec if their alliance has space with some nice ore in it and they have downtime. People even mine the rich asteroid sites in wormhole space, though they tend to use disposable ships as you can’t see danger coming with no local channel.

The problem is that nobody has a reason to mine in low-security space. Despite its higher security rating, low-security space is far more dangerous than nullsec because you don’t own the space and piracy is rampant. The risk of being ganked or interrupted while mining is huge and you don’t even have access to good ore to make that danger worthwhile. You also can’t mine idly like you can elsewhere in the game, as you have to constantly watch the local channel for bad guys entering the system and then warp to somewhere safe.

Solution: I’d love to see lowsec turned into an active game mechanic rather than something you can do idly. The vast majority of your time could instead be spent searching for super-rich asteroids in procedurally generated asteroid belts, with the actual mining itself being relatively quick to minimise risk. This would be analagous to scanning down exploration sites as most of your time is spent searching for a big score rather than actually running the sites. Alternatively, players could be allowed to install a limited number of mining rigs on asteroids that fill up on their own and need to be manually emptied when full. Players could then set up rigs in an asteroid belt and empty them when it’s safe, or steal from each other’s rigs.

While EVE Online has been updated countless times over the years, there are still several parts that are badly in need of improvement. Baffling mechanics like off-grid warfare link boosting have managed to stay in the game unchallenged for years despite clearly giving an invisible advantage to multi-boxing players. The Sansha incursions that should have been temporary high-risk but high-reward group PvE have turned into a safe ISK-grinding experience. And lowsec’s chronic lack of developer attention has left it pointless for many activities and lacking a primary driver of traffic and conflict.

These are just a few of the old mechanics that are in need of an overhaul and it’s very promising to hear news that at least two of them may be getting attention in the coming year. EVE is one of the few MMOs that has reached over the ten-year lifetime mark (now sitting at over 12 years) and it’s thanks to incremental improvements and periodic gameplay overhauls that it’s still alive and kicking today. Hopefully the mechanics mentioned above and other neglected areas of the game can be improved or even made part of the focus of a major expansion in the coming years, and EVE can continue to thrive throughout its second decade.