If you’ve been following the EVE Online news recently, you’ll have heard about the colossal war that has kicked off between the game’s largest military coalition (known as CFC or The Imperium) and a horde of its enemies collectively known as The Allies or Moneybadger Coalition. It’s estimated that over 60,000 pilots are embroiled in the war, and that number is growing by the day as both sides continue to swell their ranks. In the first article on this war, I looked at some of the events that led up to the conflict and details of the opening salvo in what has become the largest PvP war in gaming history.

The first few days of the recent war effort have seen some huge fights and political twists, with Moneybadger Coalition initially destroying the infrastructure hub in M-OEE8 and major military alliance Circle of Two severing ties with The Imperium. Yesterday saw further fighting with major clashes over the Imperium station in the UQ9-3C system and The Imperium announcing a new set of strategies in hopes of countering the superior size of the enemy fleets.

Read on for an update on the second major day of fighting from what has now come to be known as World War Bee. 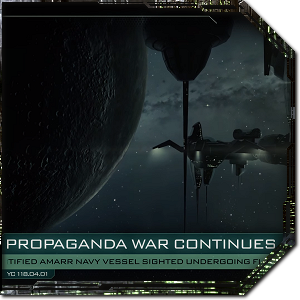 Yesterday’s war efforts kicked off with Imperium leader The Mittani giving a State of the Goonion address to Goonswarm Federation and its allies in an effort to keep morale high and set out the coalition’s response to attack. Circle of Two was accused of back-stabbing the coalition the previous day after Imperium members had spent nine hours defending its home system of M-OEE8.

The coalition’s strategy for the war going forward was then presented, which includes changing its system’s vulnerability timers, targeting enemy fleet commanders, and using asymmetric warfare strategies such as interceptor wolfpacks and bomber squadrons to slow down and punish large enemy fleets.

“Their numbers are vast, and in the face of that we’ve been doing the worst possible thing: we have been fighting fair. Not any more. The enemy wants set piece battles which we lose in their prime time served up on a platter, but what they will get is either their destruction or relentless harassment.”

The speech ended with a call to arms in defense of the UQ9-3C system, the home and staging system for Imperium member Fidelas Constans (FCON), in order to protect the assets stored in that station. If the station is fully captured by another alliance, FCON will lose its docking rights there and will have extremely limited access to its stockpile of replacement ships there. The State of the Goonion address was held just over hour before the vulnerability timer in UQ9-3C ticked over and fleets immediately formed to defend FCON’s home. 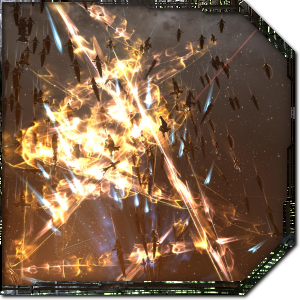 The battle for UQ9-3C was a mixed bag for all those involved, with over 3,000 players clashing over two strategic targets: the Station and the Infrastructure Hub. Moneybadger brought a combined force of over 2,300 pilots, while The Imperium brought an estimated 1,100 pilots. Many of the Imperium forces came from the system’s owners Fidelas Constans, with around 500 pilots reportedly showing up out of a total of around 4,300 alliance members. Despite the call to arms in the State of the Goonion address just before the battle, core Imperium member Goonswarm Federation reportedly brought only 177-250 pilots out of over 17,200 members.

Reports indicate that the Moneybadger Coalition dispatched later than expected to UQ9-3C and underestimated the slowing effects of time dilation, causing its members to miss almost all of the vulnerability window for the infrastructure hub. When the fleet did arrive, a heated battle was fought on the stargate into the system. The Imperium managed to deal considerable damage during the battle despite being outnumbered over two to one, and it prevented the Infrastructure Hub from being destroyed, but the battle was eventually lost and the station was captured without much opposition. The station has now entered a freeport mode that allows anyone to dock there, and the next battle will decide which side captures the station and which is locked out of it. Players have been spotted evacuating ships and other assets from the station by jump freighter to prevent them from being trapped.

The low Goonswarm Federation participation level in yesterday’s battle was highly atypical of a fight occurring after a State of the Goonion address, which has been cause for a lot of speculation in the EVE community. Dysphonia Fera over at Crossing Zebras believes that the timezone of the fight may have been a key factor, which would mean The Imperium’s plan of adjusting its timers to fit better with its own prime time may help to even the odds.

The first few days of World War Bee have been intense, and The Imperium has conceded several key losses to Moneybadger Coalition, but it’s still much too early to call the outcome of this war. It remains to be seen if Moneybadger Coalition can keep its momentum up or The Imperium’s new strategies will prove effective. The only thing we can be sure of is that the days and weeks to come will be filled with amazing stories and fantastic screenshots (such as those above by EVE player Raffi) from the largest war in gaming history.

Stay tuned to Massively Overpowered this Sunday when I’ll have a more in-depth look into the history of this war, the motivations of those involved, and more in the next edition of the bi-weekly EVE Evolved column.