END_OF_DOCUMENT_TOKEN_TO_BE_REPLACED
In the build-up to EVE Online‘s Citadel expansion, there was a great deal of speculation from both players and the EVE developers about how the new player-built citadel structures would be used. Some hoped that a new player-run trade hub would open up near Jita and take over as the main place of trade in the game, many expected that citadels would play key roles in nullsec conflicts, and some predicted that even small corporations would launch their own citadels in high-security space. It’s only been a month since the expansion went live and we’ve already seen all of this and more.

Several fortizar citadels are currently fighting to become the dominant player-run market in the game, offering tax breaks for traders and other benefits. A new Charity Citadel trade hub project was even announced with the goal of donating all profit to in-game charitable causes and CCP’s PLEX for Good disaster relief campaigns. Wars have predictably erupted over the deployment of citadels throughout the game, with major clashes over citadels in Saranen even helping to reinvigorate the fighting in World War Bee. Hundreds of citadels have now been deployed all across New Eden, though adoption rates by smaller corporations may have been hampered by an unexpected increase in prices.

In this edition of EVE Evolved, we look at how citadels have been used since the expansion went live and ask why the build costs are still over double the originally announced values. 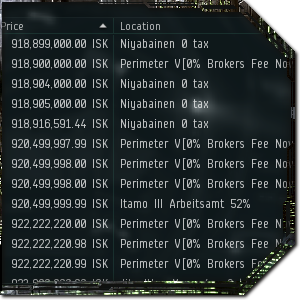 Citadels are disallowed in key trade hub systems such as Jita, but that hasn’t stopped players from plastering the surrounding systems with them. The Reimannian Manifold Torus corporation launched a market fortizar in the Perimeter system, the Kernite Kollectors corporation launched one in Niyabainen, and Syntonex corporation launched the Terminus fortizar in New Caldari. All three stations initially offered base broker fees of 1% in order to out-compete the 2% to 3.5% fee people pay in Jita, but competition has been fierce. They all promise to match any competitor’s rates and have used schemes such as 50% fee happy hours, free jump clone services, and discount offices to attract trade. They’re all currently running temporary 0% tax offers to encourage players to use their services.

Players have figured out that if they set up a buy order in one of these citadels with a market order range of 1 jump, then it also covers trades in Jita, allowing them to get the citadel’s lower tax rate on the purchase without actually moving their trade out of Jita or risking assets. It remains to be seen whether any of the major market fortizars will end up becoming a major trade hub, but the Reimannian Manifold Torus citadel in Perimeter seems to be coming out on top for now. More competition may also be on the way in the form of the Charity Citadel project, which aims to create a safe market hub near Jita that donates all of its proceeds to charities such as the PLEX for Good disaster relief programme. 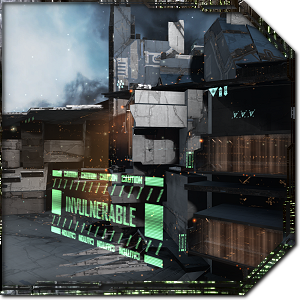 For the first few weeks of the Citadel expansion, practically every citadel that was built became an instant target for attack. Everyone wanted to get onto an astrahus or fortizar killmail, and it turns out that the weapons on the structures themselves are incredibly weak. Corps without the ability to form large enough fleets to defend their structures found themselves at the mercy of war declarations, and many citadels placed in obvious locations were destroyed even before they’d finished fully deploying. Over 200 citadels have been destroyed so far, though the novelty of kicking over these virtual sandcastles is definitely fading.

Citadels have already begun driving conflict between nullsec alliances, with some huge battles breaking out over citadels deployed by The Imperium. Pandemic Legion even planted its own fortizar citadel right outside The Imperium’s staging station in Saranen. Since citadels can be placed anywhere in space, they can be pre-placed near PvP flashpoints such as stargates and infrastructure hubs. Players can move their clones and some replacement ships there before a battle so that they can get back into the fight more quickly after being killed. This effect alone may make citadels a decisive factor in future nullsec warfare, and we’re already seeing intense fighting erupting around some. 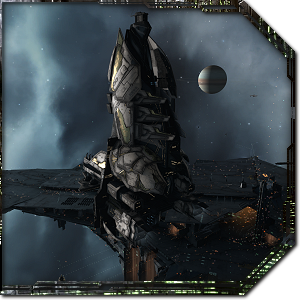 Citadels are starting to reshape EVE

Astrahus citadels have begun popping up all over the game, and the Perimeter system next to Jita is fast becoming a citadel hub. Omega and Friends Medialabs corporation has planted two publicly accessible astrahus citadels in Perimeter, one specialised for ice reprocessing and one for ore reprocessing. The F.R.E.E. Explorer corporation has launched the competing Verite’s Stellar Carography astrahus funded by a 0.1% refining tax and offering free jump clones and cheap corporation offices as incentive. These are just a handful of the hundreds of citadels that have been built throughout EVE, with around 50 in The Forge region alone.

Now that citadels have been in the wild for a while, players have discovered some handy uses for them. It turns out that if you install a jump clone in a citadel, then you can switch between your current clone and the jump clone instantly without incurring a jump clone timer. This is useful for switching between a learning clone with expensive +5 attribute implants and a PvP clone with no implants, or for switching between two different implant sets. Citadels also offer a way to get free corporation offices and cloning services in systems that don’t have NPC stations, though medical clones are disabled inside wormhole systems. The day may come when players routinely use player-built stations for these services instead of NPC stations. 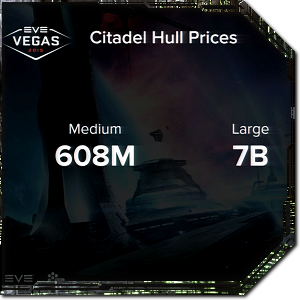 The price is wrong

The only thing about citadels that has disappointed me so far is the price. CCP originally announced that the medium-sized astrahus would cost around 608 million ISK, with the larger fortizar costing about 7 billion ISK and the colossal keepstar coming in at 120 billion. So far the prices have been around two to three times this, but this may not be the normal post-patch price spike that accompanies new ships and items. The base build costs seem to be stabilising at around 1.2 billion ISK for the astrahus, 14 billion ISK for the fortizar, and 270 billion ISK for the keepstar.

So why are the prices twice as high as advertised? The answer may lie in the raw component list for the astrahus, which was intended to be equivalent to a starbase in order to keep it accessible to individuals and small corporations. It uses the exact same types of raw component as a large starbase control tower but requires just over twice as many of each component, and the control tower used to cost just over 300 million ISK. CCP’s official expansion launch PR still says citadels cost from 700 million to 120 billion ISK, but demand of the components has more than tripled and that has pushed up the price.

Developer CCP Claymore suggested on the forum that the prices will eventually settle out and were initially just spiking due to market speculation. The issue is that the components have a relatively stable and slow-glowing supply from players doing planetary industry but the increased demand for the components is likely to remain high in the long term. It’s anyone’s guess as to where the prices will finally settle when the market reaches equilibrium, and whether destruction of citadels will be enough to keep demand high indefinitely.

When the details of citadels were first revealed, EVE players all across the game started making plans for how to take advantage of them. Pirates thought of setting up stations near the stargates in well-travelled trade routes, miners envisioned bringing refining services to previously untapped star systems, and wealthy traders imagined building their own trade hubs.

It’s been only a month since the expansion landed, but all of this and more has already happened; It’s just unfortunate that the build price of the astrahus seems to have stabilised at over a billion ISK, as a starbase may still be a more cost-effective choice for small corporations. It’ll be interesting to see how citadels are used in the coming months as we look forward to the release of industrial structures and drilling platforms this autumn and winter.