If you didn’t watch the Star Wars: The Old Republic livestream on Monday, then you missed Creative Director Charles Boyd, Producer Ben Irving, and Community Manager Eric Musco give a brief overview of the new endgame content for SWTOR 5.0: Knights of the Eternal Throne. Although there are many components to the new max-level content, it can all be summed up under the Galactic Command interface.

As a general design concept, I’m on board with the Galactic Command. Most of the components touch on exactly what SWTOR was needing and make some of the endgame confusion for new players vanish. The Galactic Command takes all the elements of max-level content and ties them all together into a nifty little package. Repeatable Knights of the Fallen Empire and Knights of the Eternal Throne chapters, operations, dailies and heroics, flashpoints, galactic starfighter, warzones, and the new group content Uprisings all appear on the new interface, allowing players to see exactly what can be done at max level and also queue immediately for any or all of those activities.

And then? There’s Command Rank gear.

Lately, I have felt that BioWare has taken two steps back for one step forward. It has been losing players, especially endgame players, with every new activity that its designers release. However, Galactic Command might be the first time in a while that BioWare has taken two steps forward and only one step back. Let’s talk about the steps forward first, then we’ll get to the big one back. 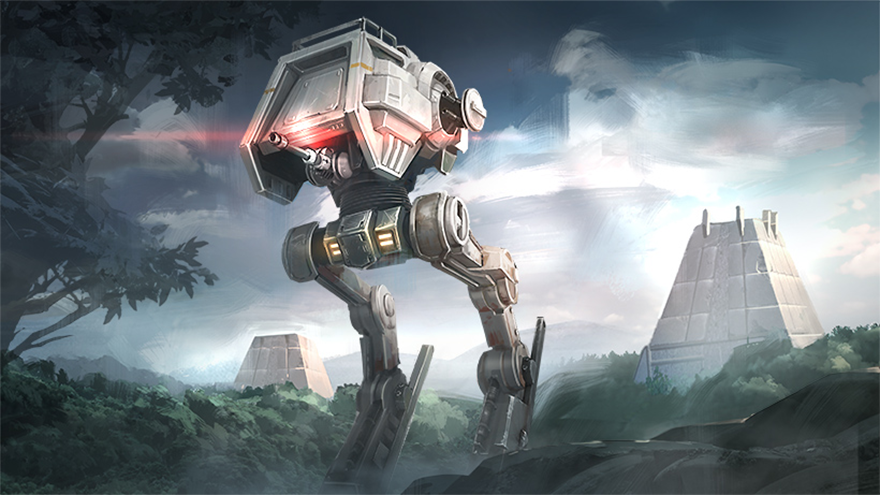 Although much of the new group content is currently shrouded in mystery (non-disclosure agreements), the idea that players will actually have brand-new, tiered group content is definitely praiseworthy. With major players over at BioWare, like Studio Creative Director James Ohlen, no longer calling SWTOR an MMORPG and opting for the less-specific term “online roleplaying game,” many fans — including me — wondered whether group content would ever be a thing for SWTOR ever again.

BioWare calls this new group content Uprisings. The studio has yet to release the details behind Uprisings other than to say that the content is meant for four players and will launch with three difficulty levels: story, veteran, and master. All the content in the last expansion was far too easy for my taste, and I’m glad to see that BioWare recognizes that. I don’t mean that BioWare should be looking out for my personal interests, but I know that if it’s easy for me, there are some players out there for whom the content reached sleep-inducing levels of boredom. Also, Musco mentioned that Uprisings might introduce content geared for eight players in the future. I doubt that will happen, but it’s nice that the team hasn’t forgotten about people who like to run with a slightly larger group. 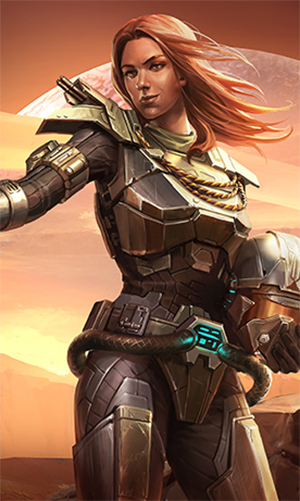 The Dark-vs.-Light event that ran this summer and fall will likely go down in history as the most poorly planned event that BioWare has ever done (apologies to the creators). Not only did the event alienate veteran players, but it also sent new players on a difficult and laborious grind. However, with the launch of Galactic Command, BioWare is introducing some interesting mechanics revolving around Dark-vs.-Light.

Unfortunately, we will still see a similar grind that we’ve seen in the past. Players earn Dark- or Light-Side points by simply choosing which side they are fighting for. It’s unclear at this time how one goes about choosing that, but I’m assuming that it’s part of your character interface. Players gain dark or light points by killing elite mobs, completing missions, and making story choices. These choices add to the server-wide dark or light score, which shows up in the Galactic Command interface.

As one side gains more influence over the other, players who are a part of the winning side (meaning that side has reached Dark 5 or Light 5) gain bonus command experience points and access to a special cosmetic vendor. However, if you are part of the losing side, you will have an opportunity to attempt to catch up before the war resets. To help facilitate the shift back, the losing side will gain a bonus to alignment points.

My favorite part — although it might be a small thing to many people — is that as the winning side reaches Dark or Light 4, planets like Tatooine or Alderaan will see spawns of NPCs from the winning side show up at random. I’m a fan of players having influence over the game world, even if it’s in small increments.

If Uprisings and Dark-vs.-Light are steps forward, then Command Rank is a step back. Indeed, if fan content creators like SWTOR Central, which released a call-to-arms video yesterday, are representative of the community at large and communities like ours, then Command Ranks might be much more than just a single step in the wrong direction.

As players complete objectives in the Galactic Command interface, they gain Command Experience Points (CXP). CXP earns you Command Rank. Each time you gain a new rank, you will receive a box of loot. If these boxes of loot contained random cosmetic items or even Cartel Market items, I might be OK with them, but alas, they contain endgame gear at random. Not only that, but when 5.0 comes around, Command Rank will be the only way for players to earn endgame gear for PvP and PvE. Bosses will drop only decorations, mounts, and the like, and all commendations for PvP and PvE will go away.

As I recall, SWTOR has done something like this before. At one point, PvP gear was earned through RNG boxes. When a player would open the box, it would contain a random piece of gear that she might or might not need. There was such an uprising (pun intended) that BioWare created a whole new system, practically on the spot, to mitigate the player outcry. Perhaps the BioWare team has experienced such high turnover that no one on the current team remembers this issue. But I certainly remember it.

During the livestream, the developers contended that the reason for this change is to prevent players from picking the wrong loot for their class and role. I commend that wholeheartedly, but there are far simpler solutions to that issue. The easiest being put names like “healer” and “tank” in the gear name. That way anyone who doesn’t want to think about the kind of gear he or she is getting won’t have the really worry about it. At the same time, it will allow min-max players the opportunity to experiment.

For me, this is another clear example of BioWare creating a complicated solution for an easy issue. As readers of my columns are well aware, I’ve defended lockboxes in principle. But the developers at BioWare really need to remove their collective lips from EA’s tush and quit presenting lockboxes as the solution to every single reward system. But most of all, they need to listen to the people who play the game. Although the check might say Electronic Arts on it, the money comes from the players.

That’s my take — what’s yours? Let me know in the comments below, and at the same time, let me know what your solution to this issue would be. How would you eliminate the problems that will come with Command Rank? What do you think about the new content? Besides Command Rank debacle, is BioWare taking steps in the right direction with Uprisings and Dark vs. Light?