The controversy over the sudden split between Destiny 2 developer Bungie and longtime publishing partner Activision continues with the announcement that “global investor rights law firm” Rosen Law claims it is filing a class action lawsuit “on behalf of purchasers of the securities of Activision Blizzard, Inc. […] from August 2, 2018 through January 10, 2019.” The lawsuit will reportedly allege that Activision Blizzard “made false and/or misleading statements and/or failed to disclose” that the split between the two companies was imminent and that it would “foreseeably have a significant negative impact on Activision Blizzard’s revenues.”

“According to the lawsuit, defendants throughout the Class Period made false and/or misleading statements and/or failed to disclose that: (1) the termination of Activision Blizzard and Bungie Inc.’s partnership, giving Bungie full publishing rights and responsibilities for the Destiny franchise, a series of science fiction-themed video games, was imminent; (2) the termination of the two companies’ relationship would foreseeably have a significant negative impact on Activision Blizzard’s revenues; and (3) as a result, Activision Blizzard’s public statements were materially false and misleading at all relevant times. When the true details entered the market, the lawsuit claims that investors suffered damages.”

You may recall that this isn’t the first bit of legal hullabaloo associated with the termination of Activision and Bungie’s partnership, as earlier this month a separate law firm, Pomerantz LLP, announced that it would be investigating Activision for possible fraud on behalf of investors considering a class action over “securities fraud or other unlawful business practices.”

Activision’s stock price has struggled over the last few months, and analysts have expressed uncertainty about the company’s growth outlook in the immediate future. This latest action, which will seek “to recover damages for Activision investors under the federal securities laws,” is certainly not going to help matters. 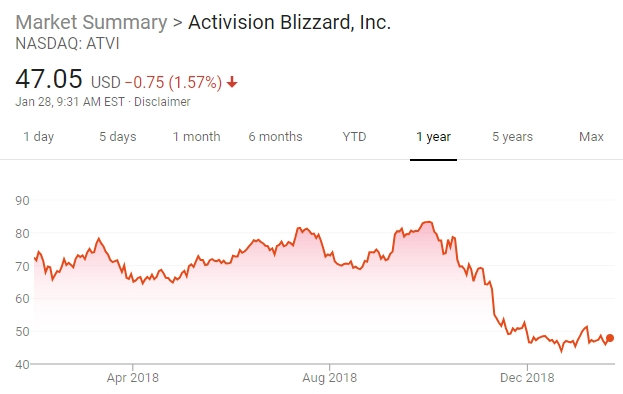