Talk long enough to Guild Wars fans about their favorite franchise, and chances are that sooner or later, they will start gushing about the game’s gorgeous art. And they should; these games still look beautiful even when placed next to many newer games with much higher graphical fidelity. The importance that ArenaNet places on its art is evident everywhere in the game. Much of its concept art makes its way into the game — on loading screens, in cutscenes, even as paintings in NPC homes. As you might expect, a game like this attracts a lot of artistic types (in fact, every Wednesday Guild Wars 2’s Twitch stream hosts artists from around the community) as well as those who, like me, are better at appreciating art than creating it.

END_OF_DOCUMENT_TOKEN_TO_BE_REPLACED
When ArenaNet offered us the chance to do a review of its new art book, The Complete Art of Guild Wars: ArenaNet 20th Anniversary Edition, I was pretty excited. Per our ethics policy, I gladly disclose that I did receive the book for free for the purposes of writing a review on this site, but as always, ArenaNet neither requested nor received any influence over the contents of this piece (or any other article). You can buy it yourself on Amazon, or you can help support MOP by using our affiliate link. Let’s dig in! 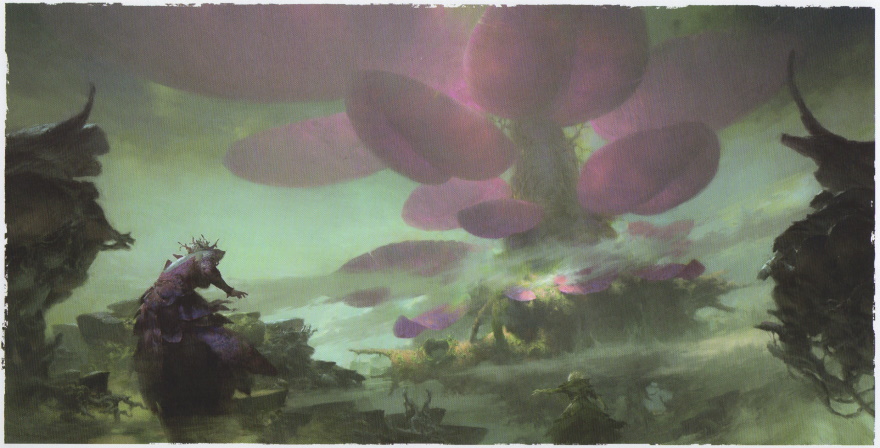 As for the book itself: It has a hardback binding with fine quality, heavy matte paper. Scans really don’t do it justice, though I’ve tried to show off a few of my favorites in this piece. I’ve owned art books for other games that have glossy pages, which can cause annoying glare that make the art hard to see under certain lighting, but the coating on the pages of this book is perfect. Another frustration I’ve had with some art books is their habit of spanning pieces across both pages, leaving some details distorted or obscured by the crease. While The Complete Art of Guild Wars is not entirely free from this annoyance, it happens only occasionally, and only when the piece is very detailed and best viewed as large as possible; it seems almost as if the people who compiled this book were aware of this frustration and avoided it wherever they could.

My only complaint with this book as a whole is, ironically, that I wish there were more text. I know it’s a strange request for an art book, but I like reading lore tidbits (even if they aren’t anything new or revolutionary) about what I’m seeing on the pages. These exist, but I’m sometimes left wondering “What is that thing?” or “Where was this supposed to be used?” as I go. I would have liked to have seen some developer or artist commentary on what they were thinking when this piece was created. This is an art book, and not a lore book, so it’s a pretty minor complaint. 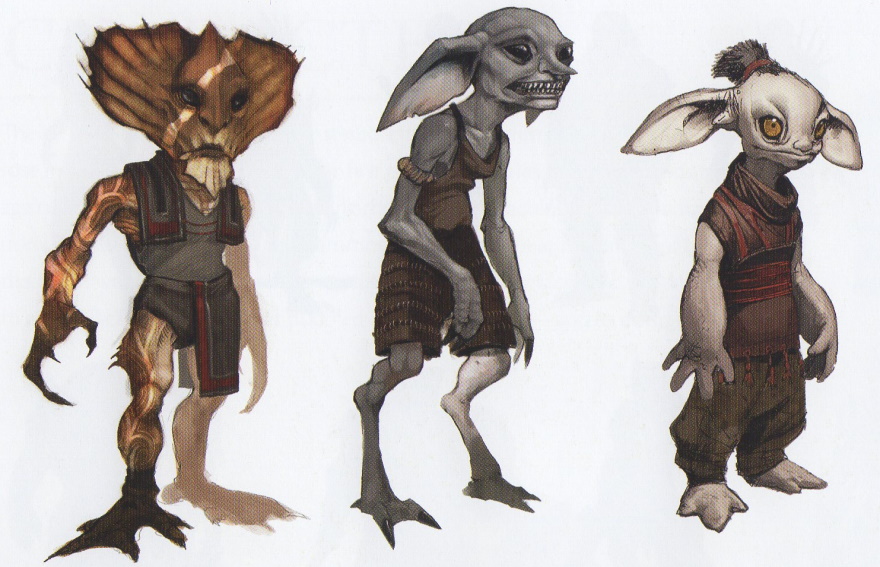 Each chapter of The Complete Art of Guild Wars is divided into sections for characters, creatures, environments, and weapons. My favorite part of books like this is seeing how character and creature concepts evolved over time and what ideas the artists had that were too fantastical to make it into the final game. Asura with fins? Giant polar bears (proto-Kodans?) carrying ships on their backs? Octopus mounts? These are all in concept sketches that can be found within the pages of this book.

The Complete Art of Guild Wars is further broken up into nine chapters: Chapters one through four cover the three Guild Wars campaigns and the Eye of the North expansion, whereas chapters six through nine cover the Guild Wars 2 base game, its two expansions, and the living world. But what immediately caught my eye was chapter five, Guild Wars Utopia.

Utopia was a planned fourth campaign for the original Guild Wars, set in “a lost realm of the Mists,” on the island of Xotecha, which was cancelled in favor of Eye of the North and Guild Wars 2. (You can read our Game Archaeologist’s recap right here.) To my knowledge, this is the first time some of these pieces have been printed. The architecture and fashion of Utopia was clearly influenced by a variety of Mesoamerican cultures, and the magitech themes that eventually made their way into the designs for the Asura are also strong here. 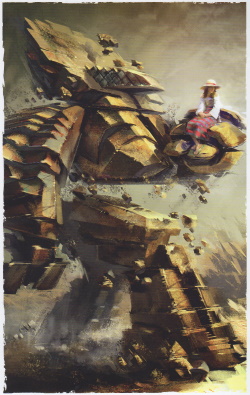 It’s really unfortunate that this game was canceled because all of the concepts look incredible and unique. I think that Mesoamerican cultures are sadly underrepresented in fantasy, and I would have liked to have seen what ArenaNet did with it. It is, however, really interesting to see all of the ideas that later made their way into the Guild Wars games that did ship. For instance, Utopia featured humans with constructs that would eventually inspire the Asuras’ golems. This whimsical image of a behatted damsel being transported on the paw of some magical stone golem is probably my favorite piece in the whole book. There are also some concepts that very closely resemble the Quetzal Tengu who would appear in Eye of the North and Heart of Thorns.

One oddity that I noticed about this book is that, while there are specific sections for Guild Wars 2’s two expansions and the Living World, the vanilla Guild Wars 2 section has a number of pieces that clearly came later. For instance, Taimi, Braham, and Scarlet Briar appear, as does the key art for the Mirage and the Firebrand. It’s not a big deal, but it does make me wonder how familiar the people who worked on this book were with Guild Wars 2. Again, it’s a minor distraction from an otherwise good book.

In some ways, this book is a chronicle of the evolution of digital art. Flipping through the pages, there is a stark contrast between the rougher, more artificial looking art created for Prophecies, and the painterly, impressionistic stylings of Guild Wars 2. All of the artists are clearly talented, but when 20 years’ worth of art is all bound together into one book like this, it’s striking how much the medium has matured in that time. 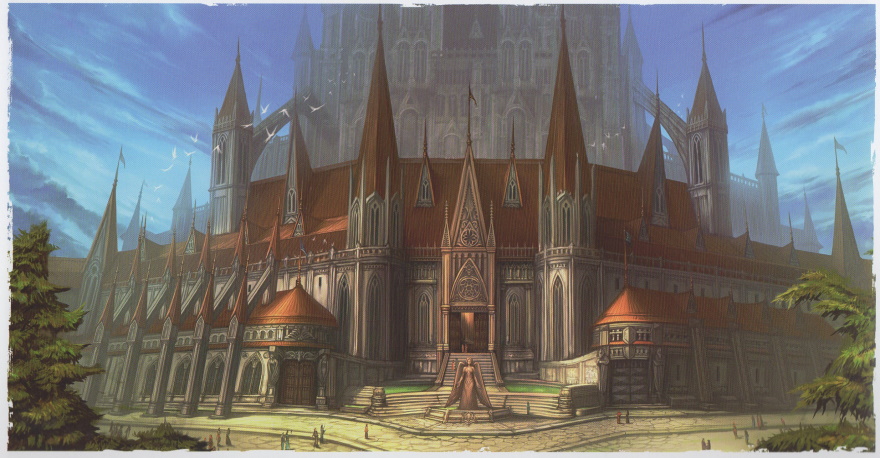 If you’re a collector of Guild Wars memorabilia, or just a fan of fantasy art, you will want to give The Complete Art of Guild Wars: ArenaNet 20th Anniversary Edition at least a look. It’s a perfect tribute to all of the incredible artwork that has gone into the making of some of the most beautiful games in our genre.