If you’re looking for big news about World of Warcraft Classic… well you’re not likely to get it for a while, in spite of the teasing during last night’s investor call. Blizzard’s not gonna stomp all over Shadowlands for nothing. But you’re definitely going to get some medium news, as Blizzard announced that Naxx will open at the top of December on the Classic realms.

“Testing of the Naxxramas patch is wrapping up over the next few weeks, and WoW Classic Version 1.13.6 will go live on December 1. The Naxxramas raid and Scourge Invasion content will unlock at the same time for all realms in the world on December 3. We’ll let you know the exact time in advance. With the content unlock, players can become attuned to Naxxramas by fulfilling Archmage Angela Dosantos’s requirements in Light’s Hope Chapel.”

In WoW Retail news, Blizzard is of course now ramping up into hype mode for Shadowlands new release date just ahead of Thanksgiving. The studio has released a launch graphic showing when exactly the expansion will unlock simultaneously around the world (it works out to 6 p.m. EST on November 23rd, but that’s actually early morning on the 24th across the pond, so heads-up!). And this afternoon, there’s a new preview trailer up for Bastion, which you can check out down below. 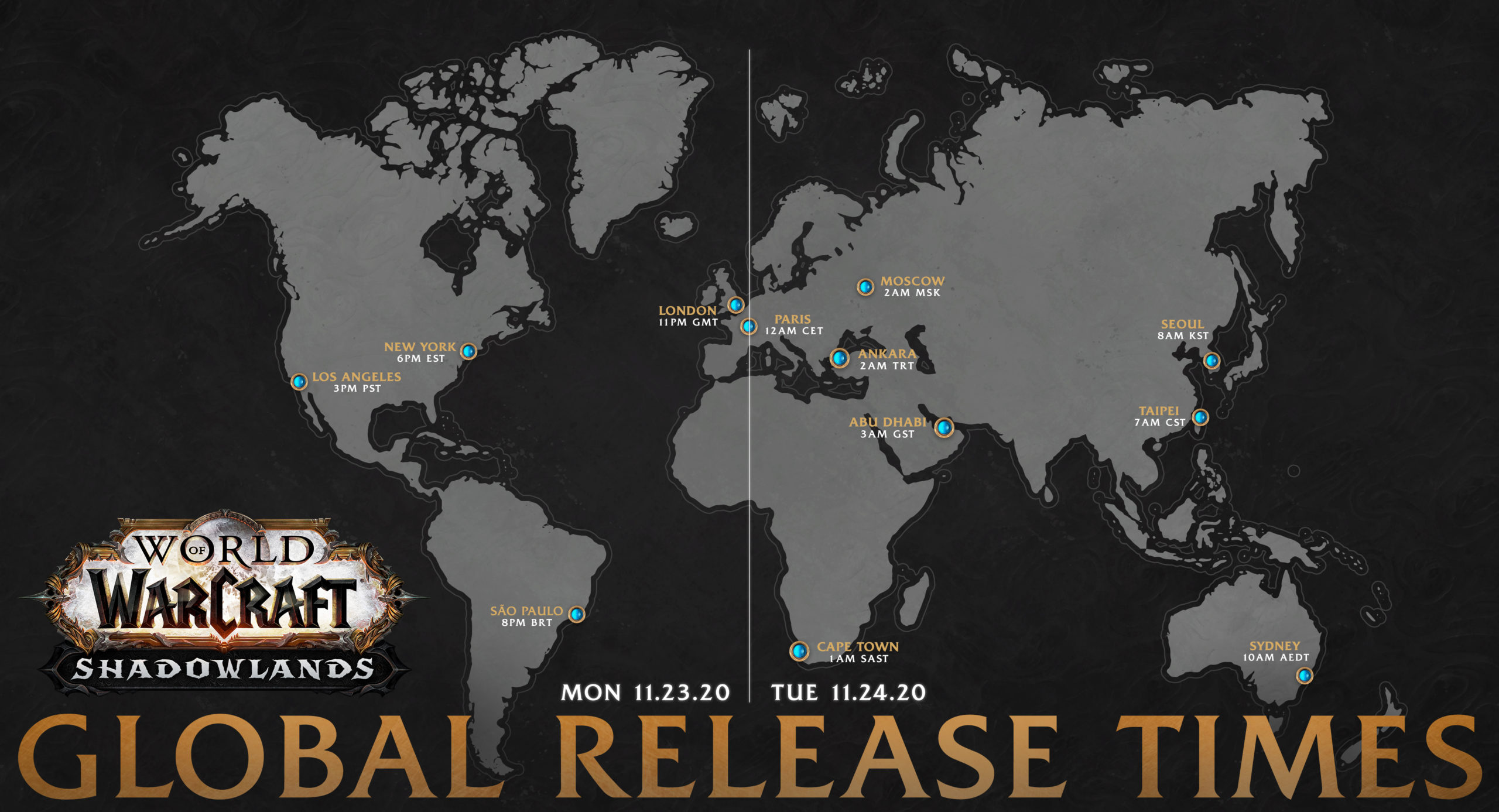