Yesterday’s The Icebrood Saga: Champions: Truce update for Guild Wars 2 came with a fun surprise in the form of the Roadrunner skin for the raptor mount originally introduced in Path of Fire. “You’ll have a fine feathered friend to help you traverse the harshest Tyrian landscapes!” ArenaNet’s promo says. “This enormous bird is an eye-catching delight with colorful feather tips and a subtle crest.”

The thing is, the bird is kinda stealing the spotlight in a patch that’s prompted a lot of salt for the new dragon response missions, mastery track, and reused content. And that’s entirely because, well, the roadrunner looks a tad chocobo-ish. “This is that Final Fantasy MMO everyone’s been talking about, right?” the top thread reads. “I legit had to do a doubletake cuz I thought it was a screenshot from FF[XIV],” another poster said.

There are actually multiple threads now with a combined total of over 2000 ups as I type this – not shabby at all for GW2 fluff, more than for the patch launch itself. So… go birds?

This is that Final Fantasy MMO everyone’s been talking about, right? from Guildwars2

I’m so happy I can have my own Chocobo now:) from Guildwars2

It’s a Chocobo I see there ! ♫ from Guildwars2

Our pic up top, by the way, comes courtesy of MOP’s Carlo’s brother, who quipped, “My Guild Wars 2 characters can ride into the Shadowlands with no fear!” Cheers, Carlo’s bro! 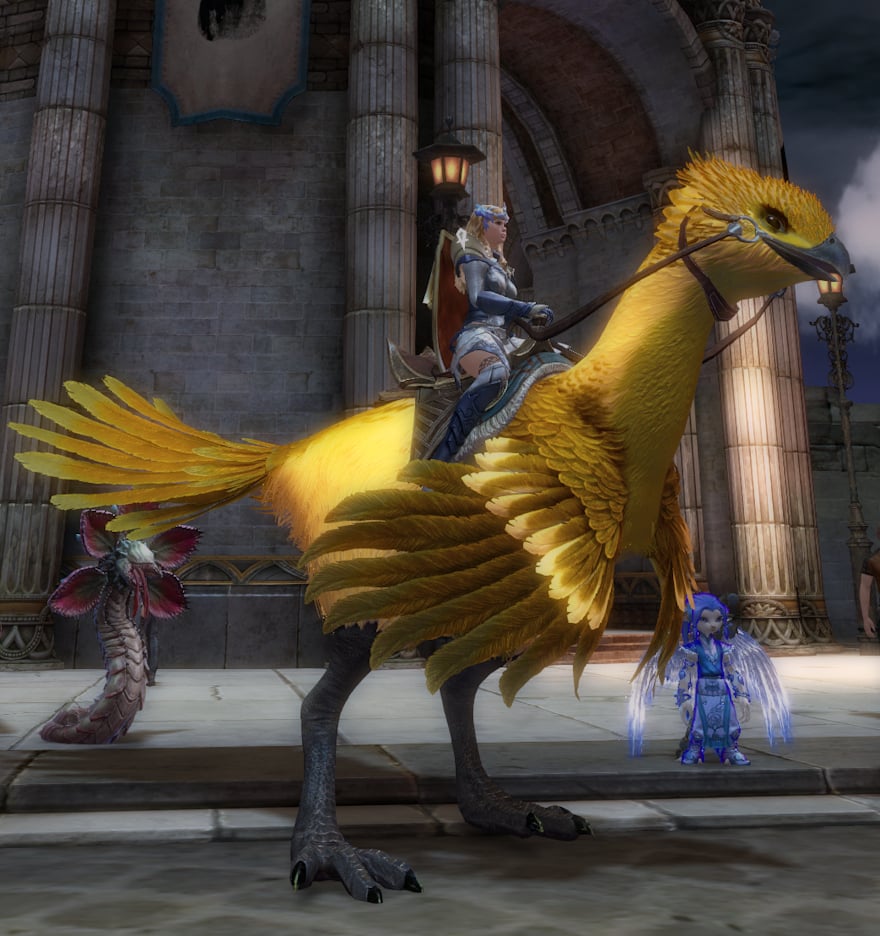