Way back in August, I did a first impression of Black Desert for the PlayStation 4. It was a solid game, but I couldn’t stick to it. The game just isn’t as good on consoles. It ran sluggishly and it felt slower on a controller. And I’m not really a console player at heart. I played it on the original PlayStation 4, which I barely used. I just couldn’t justify shelling out the extra dosh to get a PlayStation 4 Pro just to get a framerate boost.

END_OF_DOCUMENT_TOKEN_TO_BE_REPLACED
I don’t usually buy into the newest console generation when it begins. I usually wait until I can reliably walk out of a Gamestop with the console of my choice, but an encounter with serendipity scored me the PlayStation 5 on launch day. Naturally, my first reaction was to download Black Desert.

Even downloading this game was a much more pleasant experience on the PlayStation 5. The 50 gigabyte game downloaded in two hours, which beats the 4-5 hour download I had to endure on PlayStation 4. Keep in mind that the console version will need a PlayStation Plus subscription to play, and that adds on to the cost of the game. But it’s a pretty good deal if you’ll make use of the other games that go along with the $10 subscription.

Once I had the game running, I was impressed. I rolled a Tamer, since I’m most familiar with the class. Editing the character took a little adjusting because I’m not used to creating a character on a controller. But after fiddling around with it, I got one made with minimal problems. One of the first things I noticed is that the game uses a static loading screen. It’s an aesthetic choice, but I like that better than the pseudo-cutscene that plays when the game loads up on a PC. It’s simple and effective.

Console players: This console generation is the best generation to play Black Desert Online. Whatever extra oomph Sony slapped into this bad boy is more than enough to get the game running at a smooth framerate and quick load times. When I originally played it on the PlayStation 4, my console’s fan ran extra loud and the console got incredibly hot. That’s not the case on this new gen; it runs quietly and plays well.

And it’s not just the game running at a better framerate: The controller feels better to play the game with too. Maybe Pearl Abyss made no changes, but something about playing the game on controller feels much better. It’s responsive and easy to get used to. Being able to do this on a console is pretty awesome too; it’s like playing on a laptop without burning your thighs. Anyone who’s played a third-person shooter will easily adapt to the controls. The left stick controls moves the character forward, back, and side-to-side. The right stick adjusts the camera. Double tapping the right stick left or right while the weapon is out turns the character 180 degrees. It’s a small addition, but its a critical piece for better movement and pulling off essential maneuvers in combat.

Speaking of combat, the game feels different in the console version. The game felt a little slower, as if there were fewer monsters in the game. I also found the monsters dropping less loot. I looked through the Reddit, and it turns out that a recent patch actually made mob packs on console 40% smaller. It’s the tradeoff for playing on the last-gen consoles. Fewer mobs means that the game runs a little better. Of course, that means console players will be making much less money too. According to player accounts on the Reddit, it’s most felt in the endgame spots like Aakman, where it will yield less cash per hour when compared to the PC counterpart. 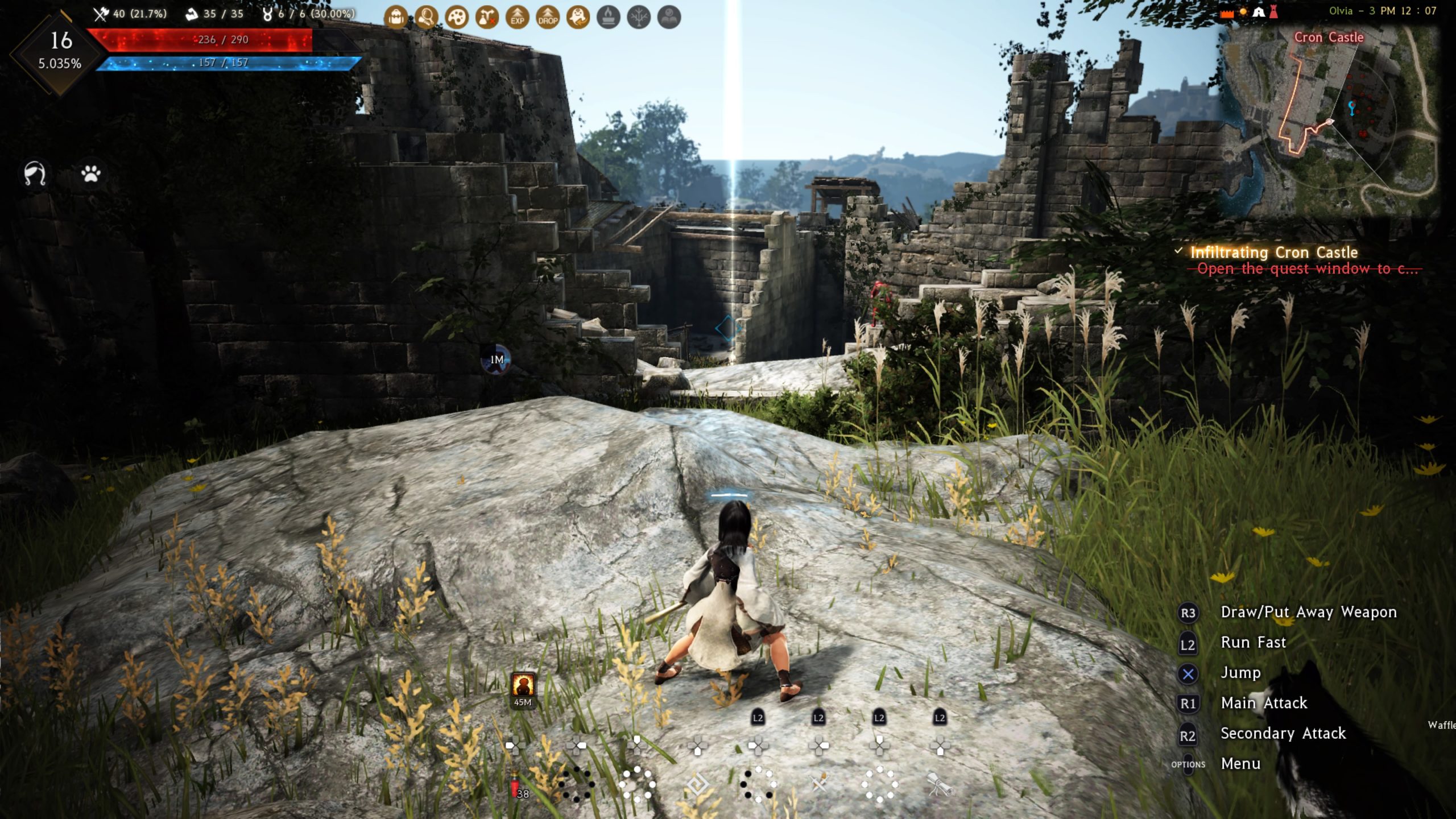 This would be problematic if the game shared its economy with the PC game, but it doesn’t. The game has its own economy. The game does feature crossplay, so PlayStation 5 players also play with Xbox and PlayStation 4 players. It’s an established economy now, so it’s not a fresh start, and that’s a good thing. When I first played the console version back in August, it featured only a handful of classes. But today, players have access to the Hashashin and the rest of the character classes. While the PC version’s classes all have their successions and awakenings, the consoles are still releasing the successions for classes.

I did have a few issues with the game. There are far fewer settings to play around with. When it comes to the performance setting, that’s fine. Pearl Abyss made it a point to make the game look and play well. I couldn’t do any better. But not being able to change a few things made no sense. One of my biggest issues is the UI: I couldn’t change the map to the 3-D map found in the PC version. I looked through the options and I couldn’t find it. Unless I’m missing some kind of option, I don’t think I change those settings. Also, the bottom right corner of the screen features a control guide, and I couldn’t get rid of it. It turns out that it’ll disappear after players reach level 53. But until then, the control guide and the quest log will clip together. It’ll be this huge jumble of text that I can barely read, and I can do nothing about it.

Also, I can’t seem to turn off the various notification the game throws at me. I managed to turn off some, but not all of ’em. As I played through the game, I kept getting notifications saying that a player reached master level at fishing, or a guild was going in or out of war with another guild, and so on and so forth. I don’t know if it’s another part of the settings, but I wish they were just all in one spot. Of all things the game has done, giving players full control of the UI should be something put in the game ASAP. 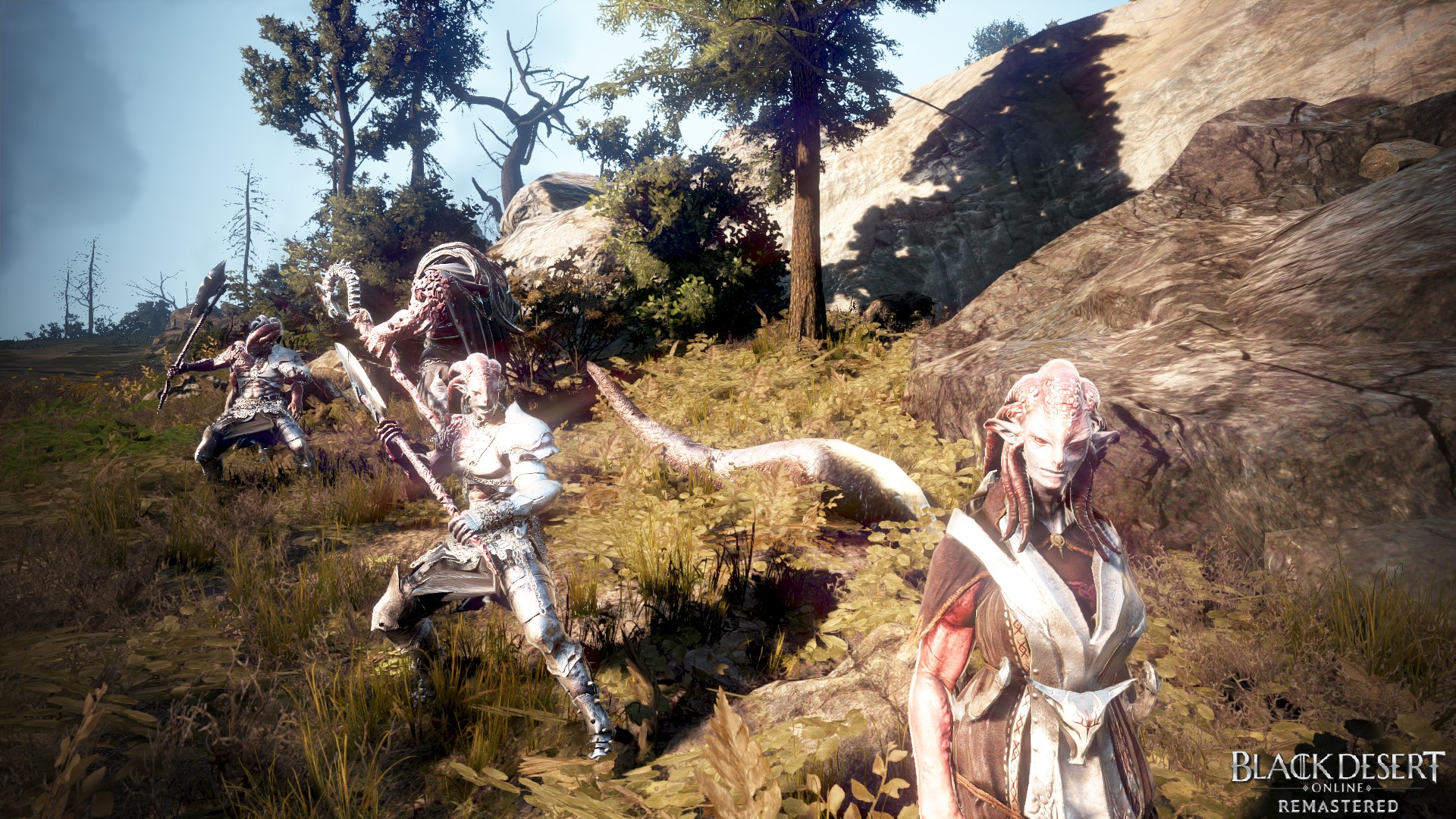 If you’re lucky enough to have one of those new-fangled consoles and want to play an MMO, get this one. This has to be one of the best ways to play Black Desert on a budget with very little setup. Playing the game on controller while sitting on a couch is super luxurious (and might even be better for your back). I’m thrilled to see this game make such an easy transition to the latest generation.