The Blizzard family got a whole lot bigger this past week. Games Industry reported that the World of Warcraft developer absorbed 200 employees from the Activision side, thanks to a restructuring of the larger firm.

The new staff comes with the Albany-based Vicarious Visions studio, which previously worked games like Tony Hawk Pro Skater and Destiny. One of that studio’s execs, Jen Oneal, was moved over to become an executive VP of development at Blizzard. Going forward, Vicarious Visions will be devoted to Blizzard’s titles.

Vicarious Visions was (and possibly still is) rumored to be working on a remastered version of Diablo II.

“After collaborating with Vicarious Visions for some time and developing a great relationship, Blizzard realized there was an opportunity for [Vicarious Visions] to provide long-term support,” a representative said.

I still think a remastered D2 is a great idea. I dont know how you could mess that up? So when is this going to happen, maybe they will say at Blizzcon.

They could mess it up exactly like they did with the Warcraft 3 remaster. Where they actually made the UI *worse,* didn’t noticeably improve any of the cutscenes and only marginally updated the models (and apparently not even in a way that was visually consistent.) And then, rather than making the Remaster a separate product or optional upgrade, forced it on EVERYONE as a mandatory patch.

The WC3 Remaster also destroyed a lot of the existing user generated maps and *also* included a new TOS that said that Activision immediately, permanently, and irreversibly owns any idea, concept, and game mechanic that any players create using the tool, until the end of time. By making visual contact with this TOS you agree to transfer all rights to Activision in perpetuity, and they reserve the right to change this TOS in their favor at any time. Also, they now own your soul. But you can keep your firstborn kid, they don’t need the additional QA testers right now.

I guess i am trying to think positively. Lately we have had to many negative things in the news.
Not that your points are wrong, but this is a new group of people here so maybe they will succeed where the folks doing warcraft couldn’t.

It’s not a case of how can they mess it up, they will mess it up and upset the longtime fans of Diablo 2 (myself included) who hold the title in such reverence. Typical example would be releasing a remaster for £40 which somehow looks and sounds worse than the original and has a ton of missing content, then turning off the original D2 servers and forcing everyone to migrate to it.

totally understand your point of view…But hey it is not even out yet much less announced. So maybe we hold of on the torches, and wait til we hear more on what they are doing. Then when we know more we can decide at that point if we are going to lynch them.

Just to provide some more context:

D2 remake was originally the planned project for Team 1, which was their “classic games” unit. Team 1 developed HotS, SC2, Starcraft 1 remaster and Warcraft 3 reforged. This team was completely dissolved last year, and the D2 remake project was given to Team 3 which is in charge of developing D4 with Vicarious Visions. Now Vicarious Visions is part of Blizz proper.

Now the question remains – will Blizzard handle the D2 remake like they did SC1 remake (success) or like War3 remake (complete disaster)?

Just one small, but important correction here. SC1 was remastered, while WC3 Reforged is a remake.

While i do agree with the semantics, i would say the end goals were very similar. However, the SC1 remaster achieved modernizing the original game and kept its spirit intact, while the War3 remake completely failed on multiple fronts.

My mind went the same direction as EmberStar and Hirku Two, but I landed on this guy: 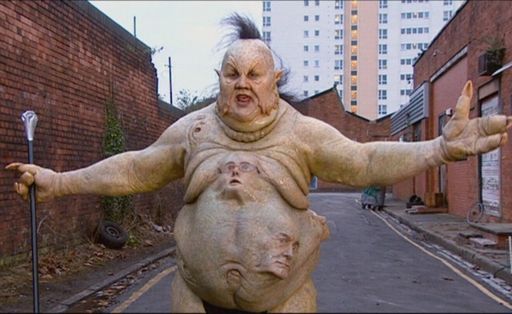 That headline reminds me of something:

I reading that as “digests” in the metaphorical. o.O

I read the title, “Blizzard absorbs 200 employees,” and the first place my mind went was some weird cross between the villain from “Slither” and the Borg.

My brain is weird. OnO

Well this is one way to make sure you don’t fubar another remake. Grab someone that has already done several.

Considering how mad people were on Twitter because of a good studio being absorbed into the pit of mediocrity that is Blizzard nowadays…yeah, i would say so.

I was one of them. VV has been trying hard to become a lead dev and do their own thing. Their remakes are great and I wanted to see them tackle their own game from the ground up like a new Tony Hawk, Crash, or Spyro as they proved they can continue on their lineage.

With blizzard? What exactly can they make? Blizzard isn’t really known for their wide library. So after this what else? Wc1,2, D1 and that’s about it? Then relugated to supporting w.e Blizz game (most likely Mobile since their best are mainly there) is being focused? Yeah, not a good outcome.

I’d be into some remastered D2. Take my money, Blizzard!