Do you miss Path of Exile’s 2018 April Fools’ joke battle royale mode made real? Or did you miss out on it completely as I regrettably did? Either way, if you’ve been yearning to play it, then today’s your lucky day — and a good start to the weekend! That’s because Path of Exile: Royale, which players have long been clamoring for, has finally returned. Better yet, it has expanded in duration, scope, and fun. And it all begins with the first weekend trial run as soon as the expansion Q&A today finishes.

END_OF_DOCUMENT_TOKEN_TO_BE_REPLACED
While announcing the rebirth of this popular mode, Grinding Gear Games Managing Director Chris Wilson shared details with us about the improvements to the mode. GGG did more than just turn it back on since there was no balance to the original. Instead, the studio revamped it since, according to Wilson, “to actually make it a decent experience would require a lot of custom balance, playtesting, and feature implementation work.” Of course, work on the regular releases couldn’t be compromised either. Happily for us, a few months ago the team was able to start work on the improved, long-term iteration of Royale. And if players like it enough, it could even grow further and get new features as time goes on!

GGG improved upon a number of systems to make the battle experience better. To start, the terrain itself is more varied so that fights feel different depending on the location. No bland island here! Some locations may be more hotly contested, such as the replenishing Flask Troves that will provide charges to flasks.

A big improvement comes in form of the passive skill tree. Instead of trying to use POE’s massive default passive tree – where the options are lacking for those who rarely reach level 10 – the studio developed an all-new Royale-specific passive skill tree. It has everything players need to quickly adapt their characters for the high-speed PvP combat of a battle royale match. 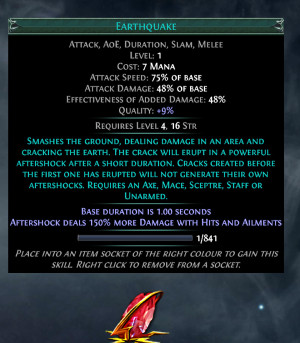 Wilson noted the tree has around 90 new custom notable passives for players to build their perfect setup, and players will gain two passive skill points for each level. Additionally, it is possible to allocate passive skills from any of the tree’s starting locations, regardless of which character class you picked. And topping that all off, the whole window only takes up a portion of the left-side of the screen, so contestants can keep an eye on their surroundings (safety first!) while allocating points.

As for skill gems, players aren’t restricted to those available to the under-level-10 crowd. Where would the fun be in that? GGG has created low-level versions of approximately 50 iconic skill gems and 20 support gems. The same royalification happened to over 70 unique items. In a 12-minute run of Royale, players can get a taste of high-level play in POE on low-level characters.

Wilson explains that other smaller improvements include a better leaderboard and improved spectator mode. Looting has been improved, putting player belongings in a UI window to pick from instead of cluttering the ground. Players can also keep their characters instead of having to remake them for every match; at the end of every one, characters will simply be reset to level 1. And those who win a match will earn a new Rhoa Dinner Hideout Decoration that gets more impressive the more matches they win.

With all the work that went into Royale (as opposed to the one-day of effort staff gave to the first one), it would be pretty ridiculous to have the mode be live for only one weekend. Wilson said that this weekend will be just the trial run, then it will be available on weekends thereafter throughout the Expedition league with the exception of the league’s launch weekend (next weekend). Patching and balance tweaks will happen during the week. How long will it survive this time around? The long-term viability is unknown, but Wilson says that that if Royale is popular enough, development will continue and even include adding more features in the future.

Path of Exile’s Expedition league sets off next week