Well, apparently not. Blizzard just announced that the game will indeed launch in 2022, and if you’re not deterred by Blizzard’s current monetization practices in its other MMO, then you can even prepurchase it as of today. The official site goes further and says that the expansion “will be available on or before December 31, 2022.”

The company is offering three editions spanning $49.99 to $89.99, depending on whether you want the cosmetics, character booster, and 30 days of gametime. 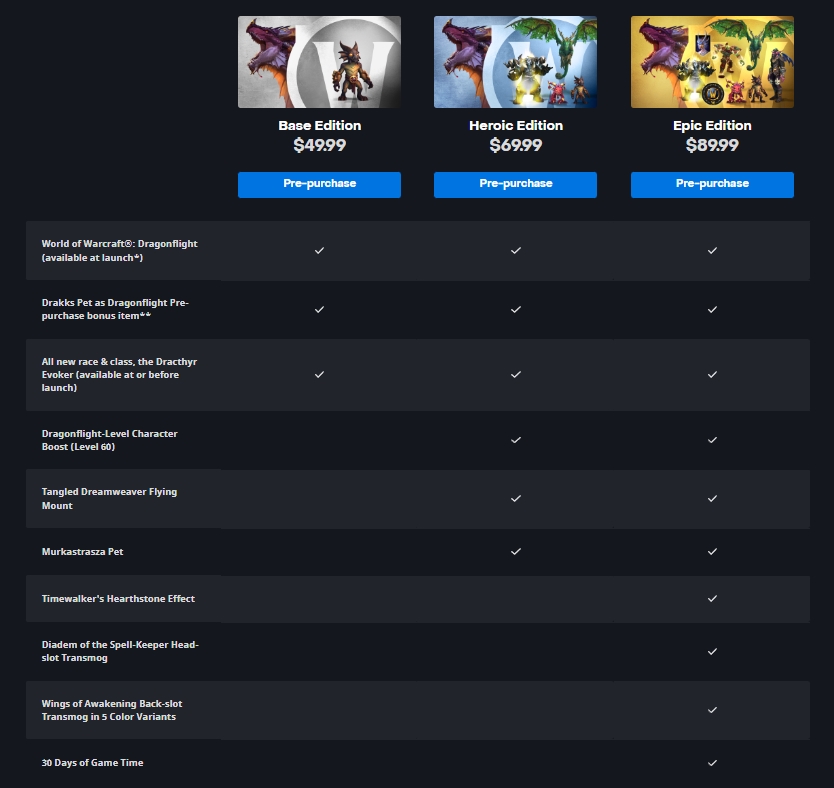 “The Dragon Isles feature four lush new zones for players to adventure through on their journey to the new level cap of 70: the vibrant Waking Shores, the verdant Ohn’ahran Plains, the sprawling Azure Span, and the resplendent Thaldraszus. Dragonriding, a new method of aerial movement, empowers players to soar through the skies of each new area in style atop customizable Dragon Isles Drakes. The isles are home to the all-new playable Dracthyr allied race, who mix the magics of the dragonflights with ranged damage and healer specializations as a solely dedicated Evoker hero class that start off at level 58. [… ] The expansion introduces an extensive overhaul of the game’s character talent system, which offers flavorful and impactful talent choices at every level. There are also significant updates to in-game professions with new work order and specialization systems, on top of a modernized and streamlined Heads Up Display (HUD) and User Interface (UI).”

Source: Press release, official site. Cheers, Allan.
Activision-Blizzard is considered a controversial gaming company owing to a long string of scandals over the last few years, including the Blitzchung boycott, mass layoffs, labor disputes, and executive pay fiasco. In 2021, the company was sued by California for fostering a work environment rife with sexual harassment and discrimination, the disastrous corporate response to which compounded Blizzard’s ongoing pipeline issues and the widespread perception that its online games are in decline. Multiple state and federal agencies are investigating the company as employees strike and call for Bobby Kotick’s resignation. As of 2022, the company is being acquired by no less than Microsoft.
Advertisement