I’ll open with a little personal opinion: I’ve never liked the baseline Pokemon games. It never appealed to me when it first released, the later versions of what all essentially read and looked like the same game didn’t really strike me as all that interesting, and in my opinion there were a large number of RPGs that were far superior as RPGs (though admittedly playing them like straight-up RPGs is kind of missing some of the series’ point, but I digress). So I was pretty sure that Temtem wasn’t going to speak to me as a result of that years-long opinion, and for the most part I was right.

That doesn’t make this a bad game, though. 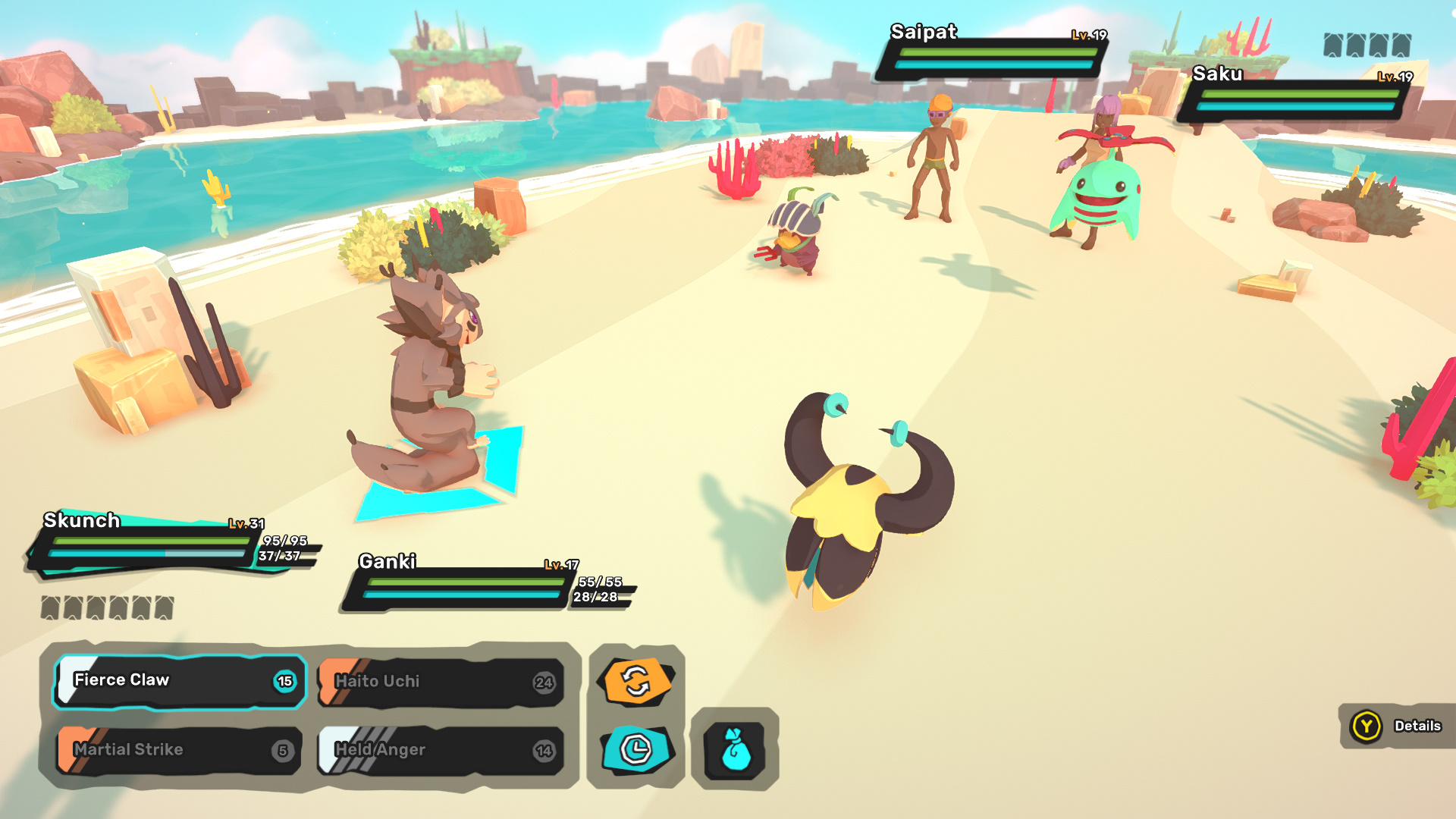 In fact, as a Pokemon analogue, this really does seem to hit all of those notes. The battle system’s layers of complexity are pretty much the same, the turn-based mechanics and how buffs and debuffs are pretty much the same, and as far as I’m aware some of the later systems in Temtem, like shiny hunting and breeding and competitive PvP, all share those same hooks. All that’s really different, at a brass tacks level, is this one is able to be played with a bunch of others at the same time. And that’s not enough of a reason to make me care.

Neither was exploring the world, as much as I was able to. It did open me to the delight of just wandering around, finding new tall grass to run around in, and filling out the Tempedia, but even that starts to get walled off and I’m led down the tunnel of doing the story content that I don’t care about, pushing my way past the dojo fights that serve as doors I’m forced to open in order to see and experience new things along the way.

For the most part, I did find some new things to experience in the island of Deniz before I was forced to shuffle off to Omninesia. I had forgotten that there were a few places along the northern part of the map that I hadn’t actually touched yet, and while I was en route to those things, I realized that there was also a portion of the caverns I had to go through earlier with water I could surf on, which led me to another area to check out and a few other quests to experience. Basically, I was trying my best to ignore the walkway that was coming and just throwing myself everywhere. 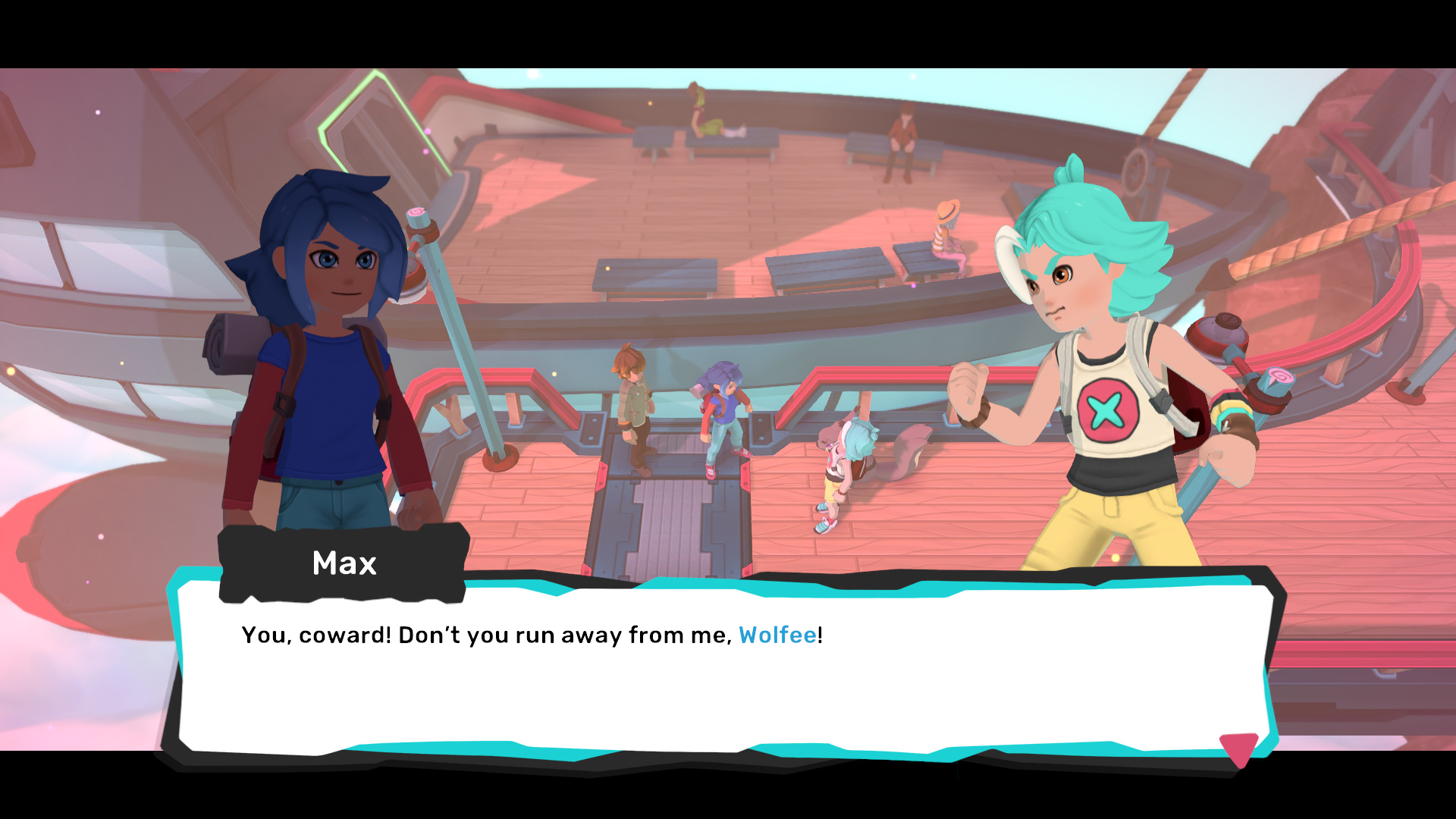 Of course, this being a generally on-rails MMORPG, that was only going to last for so long before I would bite the bullet, put my head down, and get through some of the things I needed to. This only felt worse as I went to Omninesia, where there appeared to be a significant lack of open areas for me to explore and run around in. Sure, there were some branching paths in the map, but most of them linked back around to one another and there weren’t a whole lot of diversions on offer.

Granted, Deniz has a pretty linear route as well, but at least that location felt bigger. Omninesia, by comparison, felt a lot more guided. It didn’t really help that there were only a couple of new Tems for me to capture here, and both of them didn’t actually spark my intrigue like some of the others did.

I was beginning to lose motivation, and after a few hours and realizing that I was once more being ushered down a hallway, I stopped playing and uninstalled.

Despite my dour travel report, I still don’t think Temtem is a bad game. It’s just not meant for me. The Pokemon games I genuinely love are completely divergent from the formula: Things like Pokemon Snap or Pokemon Stadium or Pokken Tournament. Maybe I’d like Pokemon Legends Arceus if it didn’t have what look like survivalbox elements. That had an open world to run around and find critters in.

I guess what I’m saying is that Temtem does too good a job copying its contemporaries. And the original Pokemon RPGs all have a few different ways to enjoy them: You could just go through the RPG story, you could focus on competitive play, you could focus on shiny hunts, or you could catch ’em all like the old tag line says. Temtem has exactly those same hooks, and that means it’s almost precisely like a series that I just don’t really have a deep abiding affection for. It competently and confidently parrots the foundation that Pokemon laid from a gameplay standpoint while trying to be distinct in its setting, creatures, and MMO proclivities, but none of those really was interesting enough to stop me from disconnecting from this kind of title. 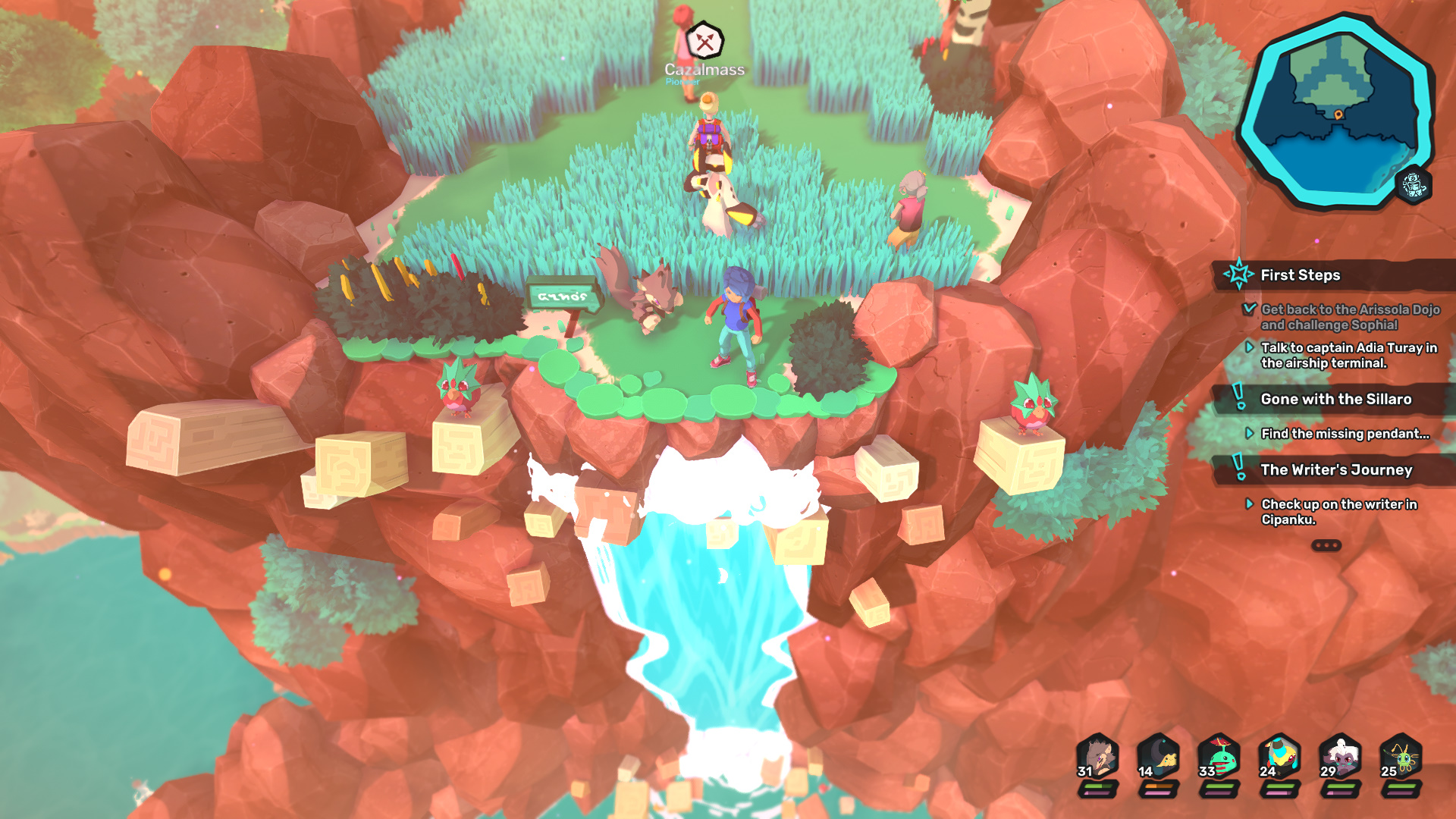 I appreciate that reading this might sound like I’m trying to speak out of both corners of my mouth – like I’m trying to bag on Temtem for not being Pokemon but also bagging on Pokemon fans. But I’m genuinely not. I honestly hope that Temtem’s seemingly dogged determination to mirror a beloved franchise hooks fans of that franchise in and opens them up to a new game. I hope that Crema has success. I hope that Pokemon fans have a great time. I’m just not a Pokemon fan, and Temtem kind of makes that’s a requirement to really have fun.

I’m not unhappy I got to experience Temtem, all things considered. There is some charm here; the critters are cute, the writing is fun, and even if the mechanics are practically a Pokemon copypasta, unearthing that depth is neat. It plays fine. I just don’t really like Pokemon RPGs. It’s not you, baby, it’s me.

Now that I’ve gotten that off of my chest (and probably confused a lot of you), it’s time for us to head forward for the next month’s game, and the polls demand that Lost Ark be experienced first. Anyone who’s been reading my earlier impressions knows that I was pretty much face-first all in on this game for a little while but then just stopped after some time (primarily thanks to raid PUGs being angry at me for not knowing everything about the Korean version’s fights). So I’ve got a couple of established footholds in Arkesia, though I am also well behind the endgame curve. On the other hand, starting over means it’s a breadcrumb trail to cap but then I also get to try out some of the new classes – the Machinist will be out by the time we get started.

Basically, it’s time for the poll.

Should I pick up an old character or start over in Lost Ark? 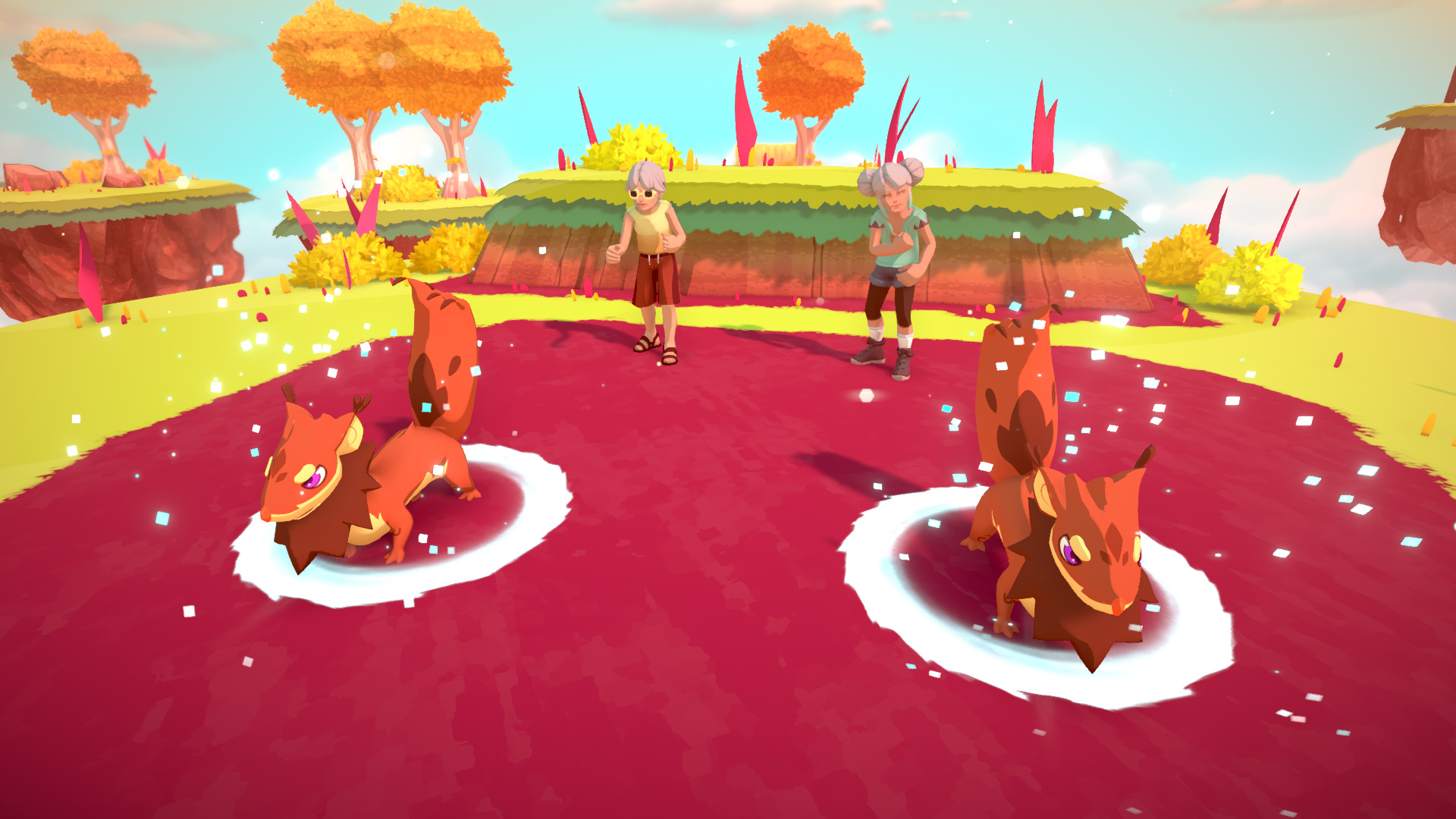 Polling wraps up at 1:00 p.m. EDT this coming Friday, September 30th, as per usual. We’ll see how many legs this particular game has for this column. I’m kind of hoping this will re-engage my enjoyment of it all, but if worse comes to worse, I just draw from one of the other games from last week’s poll. Let’s see how the Four Winds edition blow.