It’s not often an MMO makes me ragequit, but hoo baby did I ever do that with Neocron.

I’ll digest on why I think I noped myself into space over this one, but first I’ll elaborate on just what happened when I first booted the game up. The first half of my time spent with the game was trying to adjust the UI, learning that I could only really change the font size by either playing the game at potato resolutions or manually adjusting an .ini file to size up or change the font itself. This was pretty annoying but I eventually cut through it. Sort of; after a little while I just wanted to try to play the game.

After a bit of character creation – which is doing a lot of heavy lifting, let me tell you – I was treated to some of the most Unreal Engine-est cutscene visuals I’d experienced in a while as I arrived at a tutorial area. It was here that I was treated to some pretty rough but at least somewhat informative opening portions to get me acclimated to the way the game controls. For whatever reason, though, the point where I was supposed to equip, draw, and use a weapon wasn’t working. Thinking there was a problem with my character selection choices, I decided to try a hard reset of the game.

…which tossed me out of the tutorial zone and into the game’s opening portion. 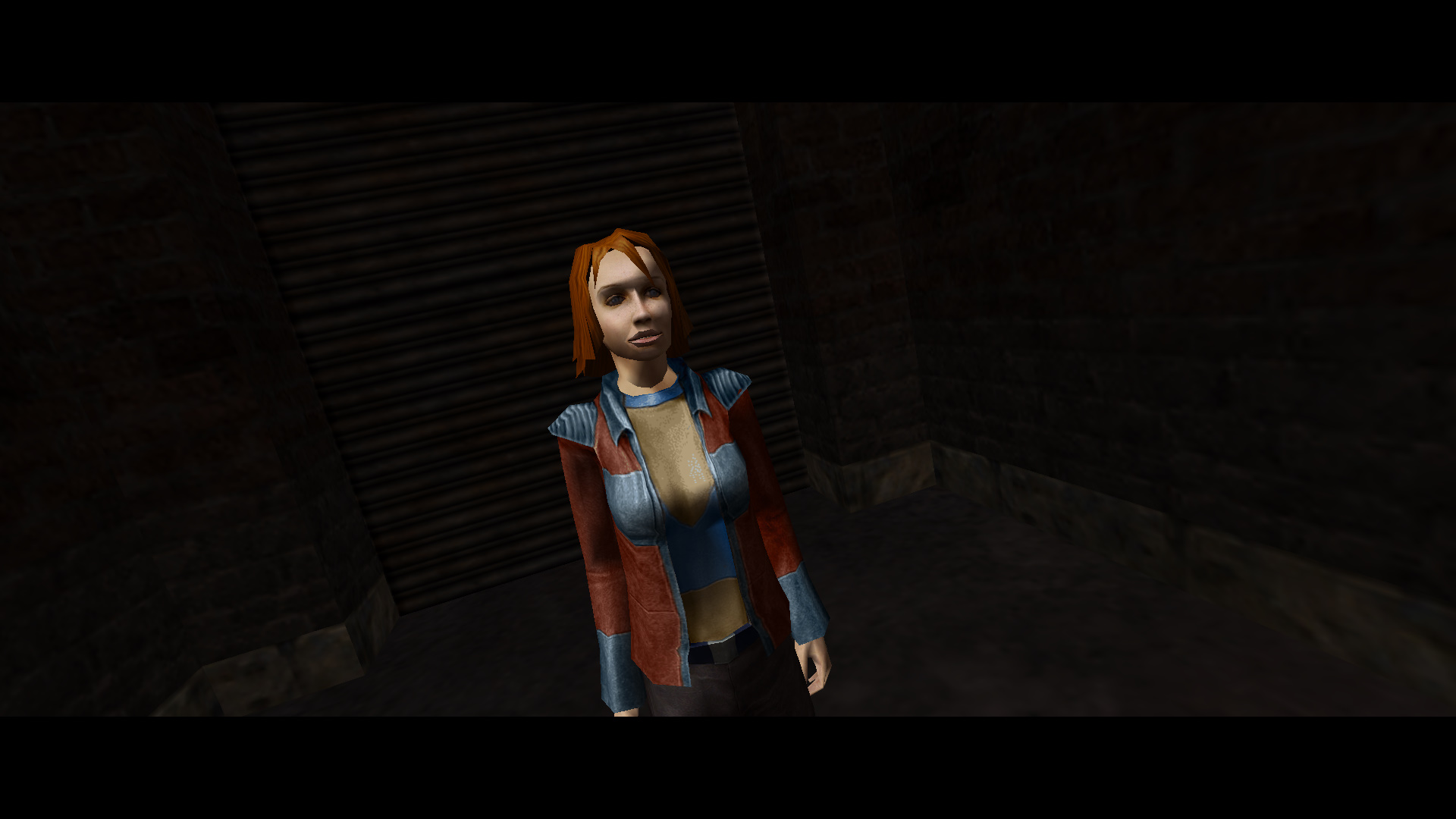 That was a confusing decision, but I also wasn’t so attached to my character that a reroll was going to be devastating, so after a few moments of finding out how to delete a character (it’s not through a UI element; it’s through the literal Delete key), I tried to make a new character. And was hit with a lockout of eight minutes before I could do so. It ultimately didn’t matter anyway because I escaped from the game again, was kicked out of the tutorial again, and just instead decided to go through the opening portion itself.

A lot of this felt a whole lot like the semi-guided and admittedly wonky start of the original Deus Ex game from 2000, which was funnily enough a mindset that helped me out a great deal in navigating my way around. After a bit of sleuthing and self-discovery, I managed to get far enough into things that I was at the starter zone – some sort of ruddy-colored wasteland… place.

I admit that this game is old, and I also have said before that visuals don’t matter, but I really cannot stress enough just how much Neocron’s visuals have aged like an open carton of milk. This game is hideous to behold. Finally entering combat was pretty much blase, some of the other portions about the game’s mechanics like how to use the recycler weren’t really explained well in the tooltips or help segments (perhaps that would have been elaborated upon in the tutorial that I wasn’t supposed to leave), and after a few hours I just finally uninstalled. 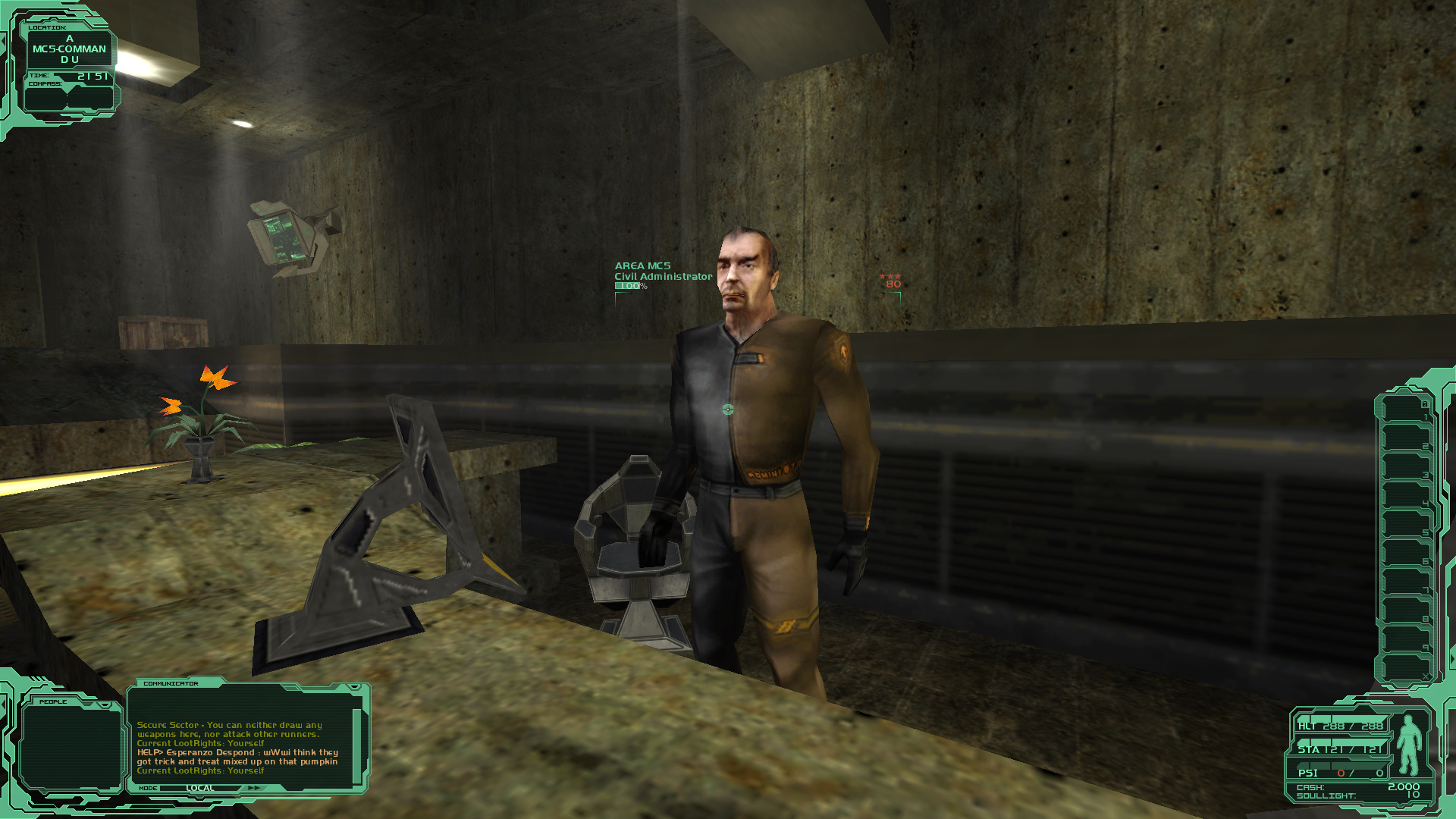 This is leading me to ponder exactly just what it was about Neocron that repelled me so hard. The visuals weren’t the thing; I’ve been able to get through ugly games before. The gameplay wasn’t the thing; it was jank but probably could have been worked through.

No, what I think what damaged this one for me is a lack of nostalgia and underappreciation for the original MMO’s release. This game was literally not something I was paying attention to in 2002; most of my time back then was eaten up with Morrowind and Final Fantasy XI. So I was coming at this old game with modern expectations, tempered as they may have been by prior MMORPG gaming experience from that general era.

Consider my nostalgia for City of Heroes, as an example. Back then it was a mind-blower because it wasn’t really like anything else on the market (and arguably still isn’t today), but I also admit that there are some things about the game that just are hard to like in our modern MMO’ing age. The only reason I can mostly give it a pass when I fire up COH: Homecoming is the fact that I carry nostalgia for the original and am generally better girded for its proclivities. Not so with Neocron. Honestly, I probably would have felt this way when I arrived to Star Wars Galaxies were it not for Bree’s guiding hand. 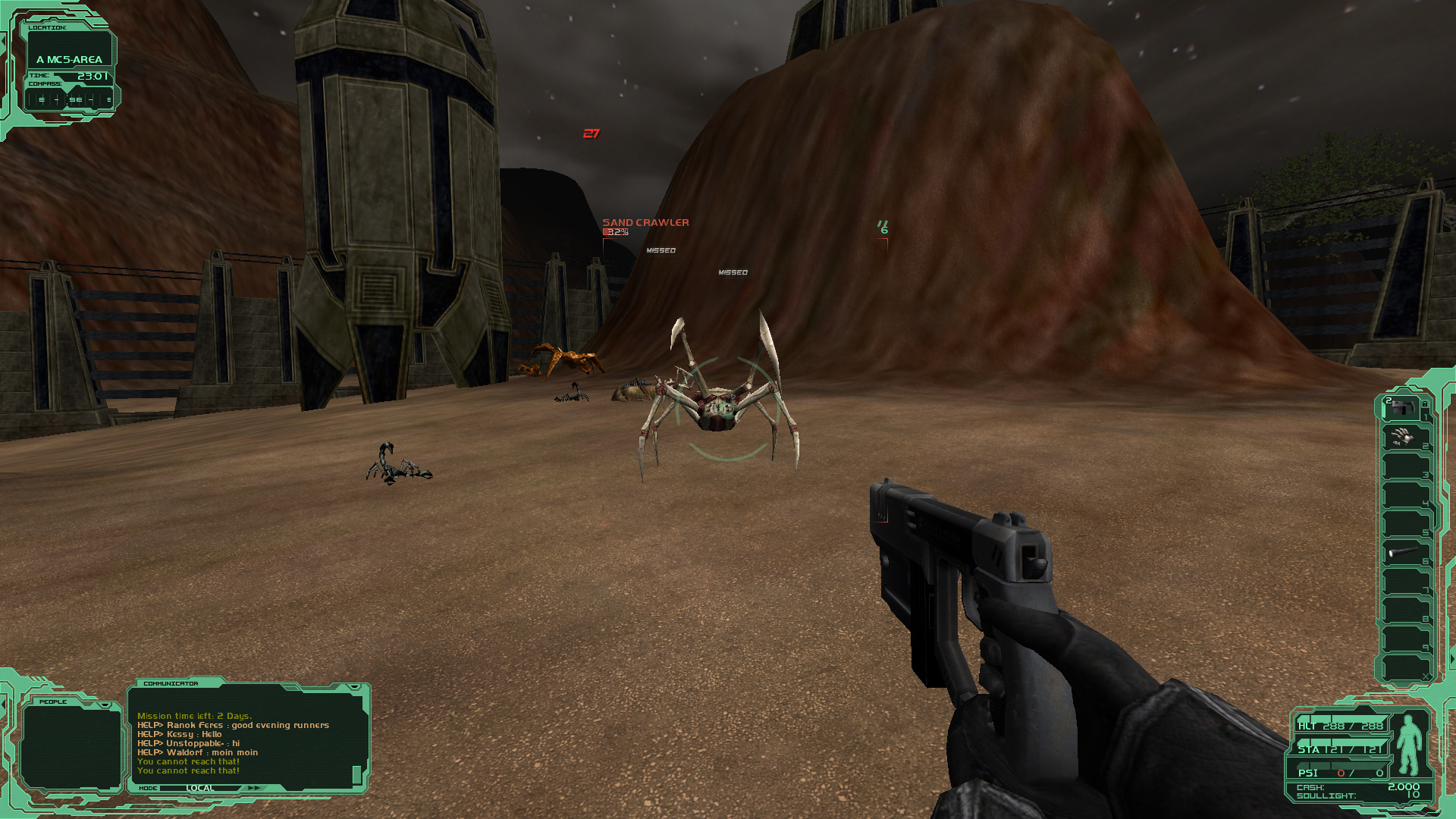 I will concede that a lot of this feeling is my fault, but I also cannot ignore Neocron actively tossing up things that halted me from really understanding the game. Perhaps reading some guides or getting some community resources would smooth out the experience, which may mean that a return trip could be possible. But as it stands right now, there’s just not enough of a hook for me to care to dig in deeper. It’s just an old game and it is what it is.

Sometimes you have to chalk it up to age, others’ nostalgia, personal preference, and one’s patience for jagged edges. And this time through, none of those things exist for me, ending up in nothing but frustration and a bit of boredom. For those who love Neocron, I hope this continues to make you smile, and I hope this game stays online for you for a good while yet. And kudos as well to those who are running the Evolution version of the MMO; the preservation of this game is genuinely important. I’m just not going to try again for now, or for a while yet.

So, since this one ended up in disappointment, it’s time to pull another game from last week’s poll list for this week’s choices.

What other "quirky" MMO should we try next?

Our next poll is kind of dovetailing from this whole rant – namely, it’s about whether I should do some homework about the game and come at it at a later time, as opposed to going in to games as a regular person who doesn’t know much about the game and is open to whatever experience is on offer. Putting aside the argument that an MMO shouldn’t require you to do outside research to play it, I also contend that other games with community-made resources and tools have improved my experience greatly. I am open to a retread here if folks would like me to, and I’m incidentally open to suggestions on what resources to consume should the voting swing to the “yeas.”

Should I return to Neocron after some research? 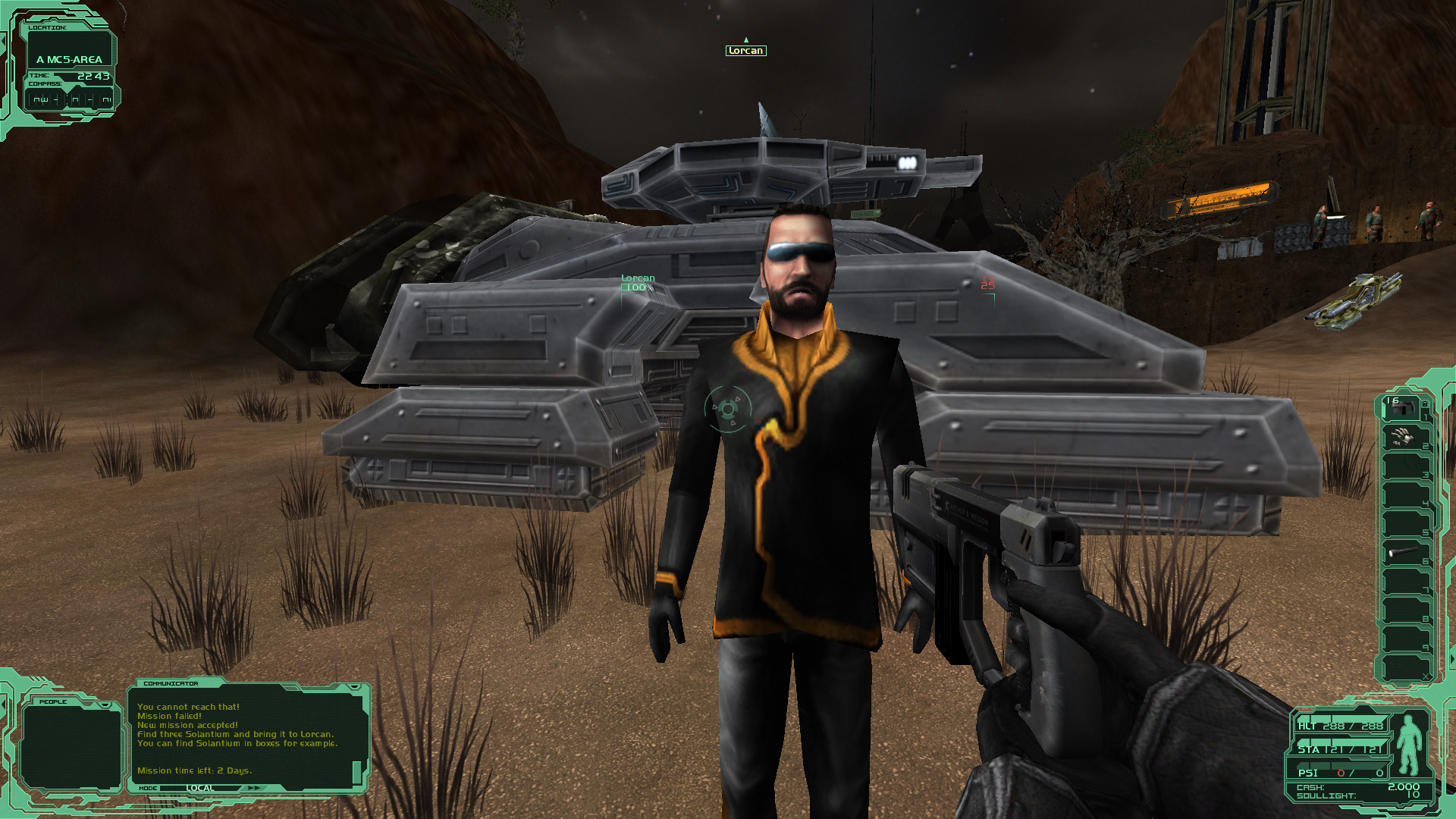 Polling will close up at 1:00 p.m. EDT this Friday, November 4th. Meanwhile, I need to cool down a bit I think.