Is it just me, or is Daybreak actively trying to make me dislike it? To force me abandon all hope when I enter? Because I like the games (what’s left of them, anyway) and many of the people (well, ditto), so it takes some dedicated effort to make me wince and begin to question my support. But that is exactly what these latest expansion announcements for EverQuest and EverQuest II do.

Don’t get me wrong; it’s not that I don’t like expansions. I love them. And I am excited to get one! I am still pretty heavily invested in the EQ franchise; as with SWG, I’d always felt I would never fully leave EQII until that Norrath shuts down for good. The number of times Daybreak has announced one thing and then done the polar opposite is what’s causing the issue here. That is just not a good practice to be known for — and I am coming to expect it. Therein lies the problem. 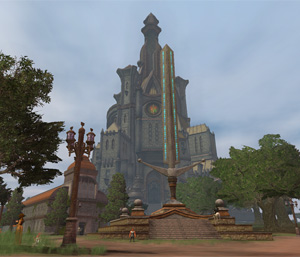 Of all people, I totally get that change happens. I’ve long championed for understanding and patience during times of change. And change has definitely been a big part of this year for SOE-turned-Daybreak. First there was the whole sayonara to SOE in February. Just days after that it was see ya later to a sizable portion of the teams, including prominent faces like then-EverQuest franchise director Dave “Smokejumper” Georgeson and Linda “Brasse” Carlson, who headed up the global community relations for the company. Then this summer saw then-President John Smedley step down. Heck, we even lost SOE Live for the year. Yes, change has indeed been a major component to Daybreak’s year. That, however, doesn’t mean it can go back on what it says — repeatedly!

Of all the things that have happened with the company over the years, why is this one sticking in my craw so much? One reason is that this feels personal. (Other reasons like the shutting down of SWG included factors beyond the company’s control, and we won’t go into those things here.) You see, I was sitting across the table during SOE Live a few years back as I was point-blank told that expansions were being phased out and no longer a part of the EQuation moving forward. There was no misinterpreting some press release or mis-hearing second-hand reports of the news; I was there and heard it all crystal-clear for myself. The information was directed to me personally. However, come the next year there were expansions for the games. OK, so things didn’t work out the way they were planned once.

Except that it wasn’t once.

I was also right there when Holly Longdale, the executive producer of both EQ and EQII, made the same proclamation not too long ago. I listened as she revealed the DLC for the games and gave me the chance to ask questions. That announcement came after all the other changes to the company (minus the loss of Smedley), so the about-face with this week’s reveals cannot be blamed on those factors. Quite frankly, having to backtrack once happens. It sucks, yes, but it happens. I get that. But the same exact announcement that is backtracked again? That looks like a pattern, and that pattern is not a flattering one.

My biggest issue with all of this is the fact that a pattern of saying one thing but doing another seriously breaks down trust. The fact that the same exact thing has already happened is a red flag. If we can’t believe the devs when they talk about the game, then what? I am not saying I disbelieve every word that comes out of their mouths yet (yes, I know some already do), but I suspect it now. I wonder. And that sucks. I really do not like having to temper my natural tendency to give the benefit of the doubt. This dampens my enthusiasm for the games and leads to worry about their futures. I certainly don’t want anything to happen to one of my all-time favorite games. Corroded community trust isn’t a positive or pleasant path, and I’d rather not see Daybreak walk it. Down that path is heartache.

And as we all know, once trust is broken, it is really hard to earn back! 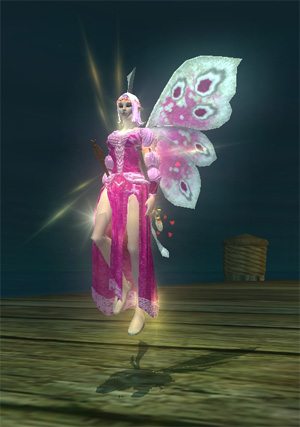 Although I am pretty disappointed that we’ve been given the switcheroo in terms of information again, I do hold out some hope that things can be made better, if not right. (Some habits die hard, eh?) We don’t have too much information about the expansions yet — the full reveal is coming October 1st — except that they are so full of content that Longdale just didn’t feel it could be called a campaign or even a “campansion.” So maybe this is all an exercise in semantics; perhaps the team is just trying to give an idea about the scope of content by utilizing a familiar term. The problem is that semantics is still really important when engendering trust. Why not just use the different term (when did “campansion” enter the picture?) instead of a fall-back one when your integrity is on the line? Yes, that might have come across as a bit of PR wordplay, but it would have shown me that the team was still cognizant of what it had promised and made efforts to hold to that.

One concern is this: The term is reused because it is going to be an expansion in price. The DLCs were going to be smaller packages of content with price scaling depending on amount added. There has been plenty of concern expressed about pricing. If the team is calling this an expansion, does that mean we are jumping back up to that hefty price tag? Doing so doesn’t even really guarantee that there will be enough content to justify the cost; there are already many who have felt that the latest expansions have been a little lacking in the content department in spite of their high price. I think one way to mitigate some of the negativity of it all is to maintain a DLC pricing and not a full-fledged expansion. The last thing Daybreak needs is customers feeling as if they are being shaken down for more money. That feels like the whole expansion subject involves deliberate misrepresentation of intentions and facts.

Maybe the return of expansions isn’t really calculated. Let’s look at this another way: It is also possible that the team is just waffling because they don’t have direction and don’t know where they are going. While this is definitely better than the alternative (which is feeling as if the devs will do whatever despite what was said just because they can), it isn’t really less concerning. If there is that much instability there, if there are no clear plans that teams are sticking to and following, then what is going to become of the games? I really shudder to let my mind wander down that line of thinking.

I am not sure where things go from here. I need the devs to mean what they say, and I need to believe their words. We’ll see how this plays out more come October when we learn even more about the expansion. Perhaps bundling it together at once will be a savings for players instead of it going ala cart in smaller DLCs. But whatever the outcome of these expansions, we need Daybreak to start standing behind what it says. And that even goes for small things like whether there will be expansions or not because how you act for the little things will reflect how you will for the bigger ones. It all matters. And I most definitely do not want to see EQ or EQII crash and burn.