Last week’s Overthinking question was a very broad one all about genre-wide wishes that go unfulfilled. But what if we drill that down? That’s what MOP Patron Roger’s doing with his question to us this week:

“What neat thing would you like in your favorite MMO that would probably not get added?”

Real housing in World of Warcraft? Real crafting in SWTOR? Actual players in… nah, I can’t do it. This one could get catty quickly, so let’s try to avoid that as we dig in — pick your three favorite living MMORPGs, tell us something players always beg for, and then tell us why it’s never gonna happen. Onward!

Andrew Ross (@dengarsw): I’m going to spend two wishes on Asheron’s Call 1 and 2: getting 3, but not like the originals. I’m going to be super blunt here folks: EverQuest Next should have been Asheron’s Call Next. The AC series was more about a living world than EQ. It changed every month. The devs came out to play with us all the time, in both games. Since 1 and 2 aren’t being updated at all, 3 doesn’t exactly take away much of a crowd. I’m not blinded by nostalgia either, I think, in that I know just giving the original a graphic update wouldn’t fix it. I liked 2 for what it was! Even a singleplayer AC game would be nice at this point (but something with GM-supported events would honestly be best), as long as the lore quality continued. It’s not going to happen, though, because as much as I hate to say it, I think Turbine’s lost its path and focuses more on other people’s IPs and churning out content to be consumed rather than social systems.

For the third wish, a real space game in Star Wars: The Old Republic. I was super tempted to wish for a cool bounty system, but the hunting wouldn’t be as cool unless space were more than a battleground or cut scene. And it’ll never happen because BioWare’s not really a mechanics company; it’s a story company. Sometimes it gets exploration interesting enough, but a whole space simulator’s probably beyond its scope, and it knows it. Nothing wrong with knowing your limits, though! 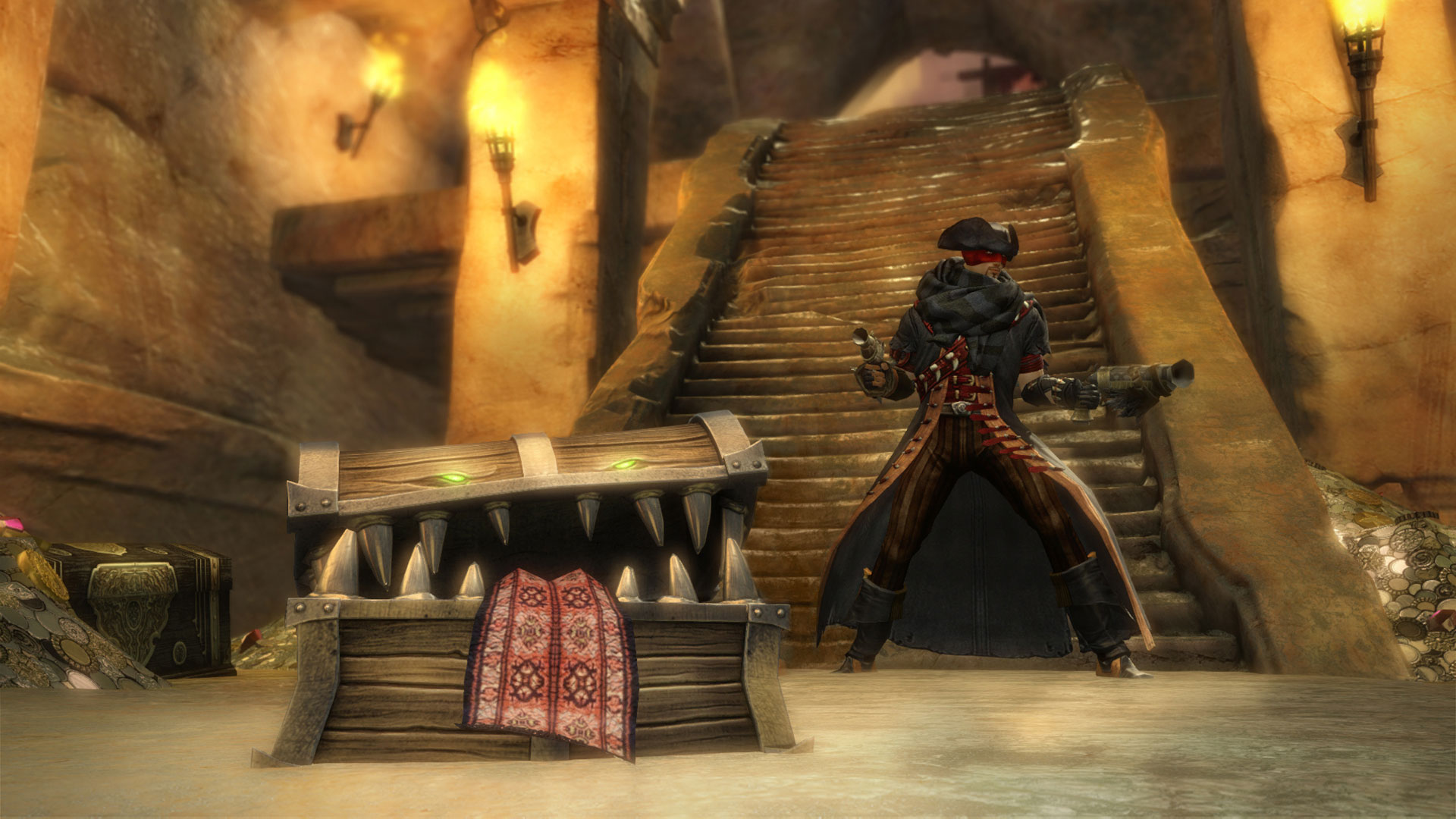 Brianna Royce (@nbrianna, blog): While I’d like to see some form of it, I don’t think a truly vanilla classic World of Warcraft server is ever going to happen. Blizzard is just not that kind of company anymore. Whatever it does do has absolutely zero chance of pleasing the old-school crowd that has begged for it for so long.

I’d like Guild Wars 2 to live up to its original promises, to truly meet casuals and hardcores in the middle the way it did in its first year, to feel alive and not get bogged down in tired MMO tropes, even if that means doing weird new things that don’t always work. I can eke out fun in the game, but I don’t think it can go back — I don’t think that version of GW2 can ever come back now.

Eliot Lefebvre (@Eliot_Lefebvre, blog): Because this particular question asks for things I want in my favorite living MMO, I am unable to make some of my picks work. Final Fantasy XI, is clearly undead, so it’s not eligible. Sorry, FFXI, but your next expansion doesn’t qualify for this. Also, I can’t be snarky and talk about how I’d like a version of Transformers Universe that didn’t try to hastily and haphazardly cash in on the MOBA trend before getting axed once everything unique and interesting about the game got purged in the results. I mean, more than I already did. That having been said, it’s a pretty solid set of picks for things players ask for and will not get.

Final Fantasy XIV: a dedicated Support role and/or Archer with a more damage-oriented job. FFXIV’s class design is very tight, and ranged physical damage is about as far as support is going in this game. I don’t think it’s a great implementation of Bard, but I do think that if you want to ignore everything in melee, you’re going to have to just accept that you will also do less damage. Unless, of course, the melee is incompetent, stands in everything, and just uses the same one-two-three combo every time when they aren’t spamming AoE abilities while you destroy them in actual DPS despite being like 10 levels behind their gear. NOT THAT I AM SPEAKING FROM EXPERIENCE ON MACHINIST OR ANYTHING.

Star Trek Online: a Cardassian faction. Look, I love Cardassians as I love very few things in this world, but let’s be real, here. If the designers are more willing to travel back in time and pluck temporal captains forward than just have the Cardassians who live next door to a Federation ally come on board, we’re probably not getting playable Cardassians any time soon. Besides, most of the stuff that could be done with the faction already has been done with the Romulans with Legacy of Romulus, and the obvious thing to explore (having Cardassians as a wholly separate faction and/or bring in the Dominion) is kind of off the table, just because Cryptic would rather design stuff based off of actual Star Trek rather than wild-eyed speculation. Also, Founders would be overpowered.

World of Warcraft: Man, there are a lot of things that players ask for and probably will never get from this one, but the idea of a third faction seems to come up an awful lot for reasons I cannot discern. I’m not saying that a third faction wouldn’t make sense, but based on the game’s usual philosophy, which do you think is more likely: a third faction that requires going back and revamping the entire game from 1-120 (it’s assumed that this would be the next expansion), or shoehorning stuff into the existing two factions so that it only has to be acknowledged for the most recent 10-level batch? I know what my money is on. 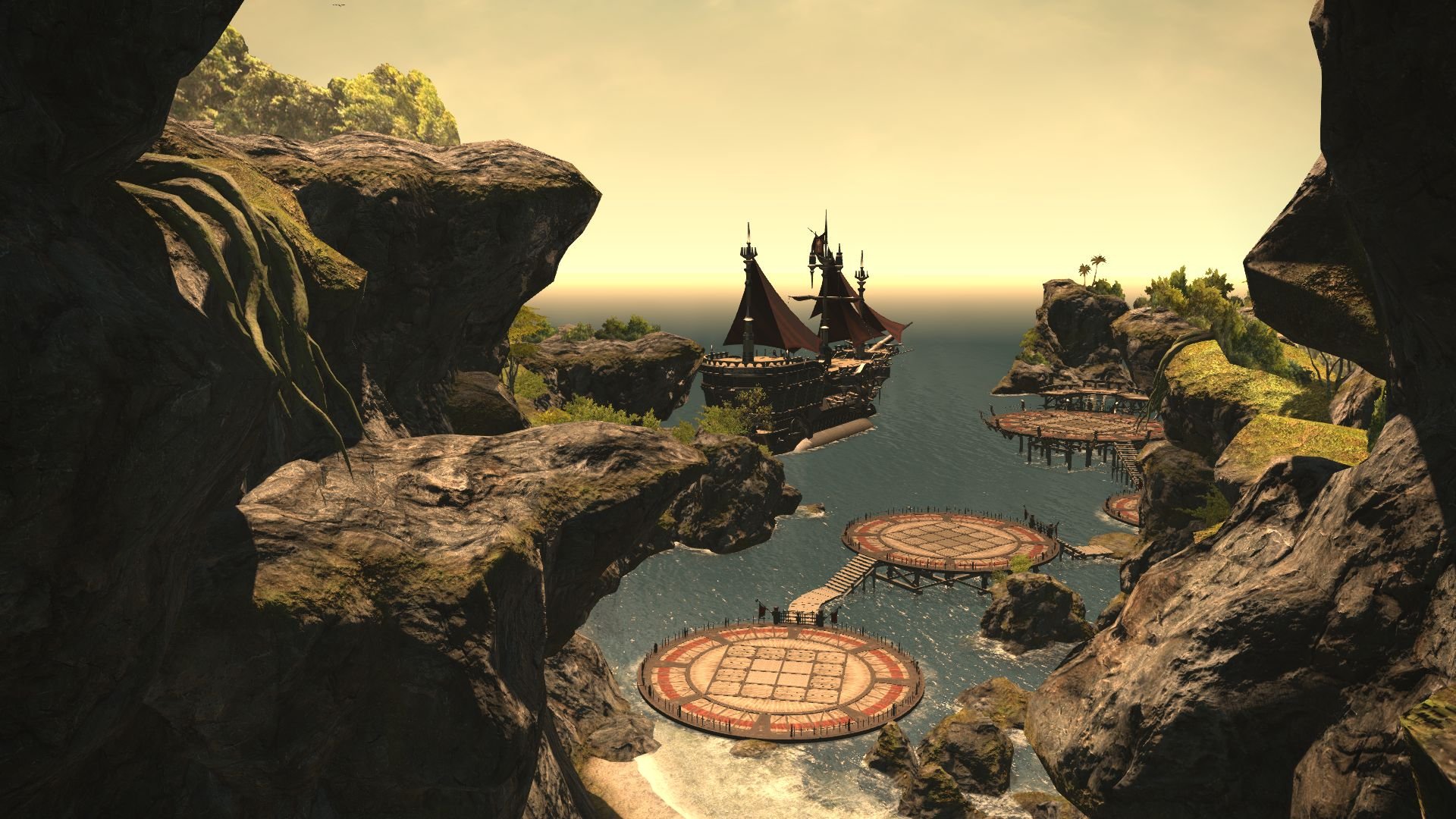 Justin Olivetti (@Sypster, blog): World of Warcraft: Real, genuine, flexible housing on par with WildStar and RIFT. It’ll never happen, but if Blizzard got off its butt and did it right, it could be amazing.

Star Trek Online: An exploration system that would let us go on long-term missions. I know a revamp is reportedly in the works, but I have my doubts it’ll ever see the light of day.

The Secret World: A server where combat would be simplified in favor of allowing players to concentrate on the story, world, and adventure game elements. For some, the fighting system turns people off in that game, and this could get a portion of the crowd back.

Larry Everett (@Shaddoe, blog): There are many things that I’ve wanted to be added to Star Wars: The Old Republic. And you’d probably think that chat bubbles or open space combat would be top on my list. Although those are both really high on that list, the biggest thing SWTOR needs that everything else hinges on that will never happen is an engine upgrade. We’ve heard about the trials that the BioWare team went through when developing the game, and we know some of the limitations place on development because of engine weakness. That’s why I say an engine upgrade is need but will never be seen.

MJ Guthrie (@MJ_Guthrie, blog): Wait, do I answer what I’d like to see, or what players are begging for? Because I will admit that they aren’t always (or even often) the same. I do not apologize for my nonconformity!

I’d love to see a Lord of the Rings Online-style of player music in EverQuest II. This Norrath has so many of the features that I love in a game, but it’s main glaring omission is player music. With the depth of player housing and the roleplay there, music would fit in so well. And hey, if you throw in a farming system I can do coupled with the housing, I may never log out of EQII again!

It’s no secret that I want actual player housing in The Secret World that I can freely decorate. I’d love an apartment over the record store in London, or a little place with a walled courtyard in Seoul. I especially want the iteration that devs described to me as their hopes! I wish they’d lift my gag order though so I could describe the possibility to others, but then they might just have to suffer more with me while waiting and hoping, so maybe I wouldn’t wish that torture on them. I do have a glimmer of hope this will be added, however — just not for a very long time. So I guess I could say player music here too, if I were aiming for things I’d probably never see implemented.

For my third choice, I’d have to go with theme-enforced islands in Landmark. I’d really love to see Daybreak make specific islands conducive to types of builds and enforce keeping it only to that style. That way when I want something sci-fi, I can wander across the sci-fi worlds. Same with the western idea. And everyone knows I have pushed hard for a Norrath island this whole time! Short of that, I’d really like to see players be able to buy and own their own island. I think the game works really well for private servers. And if they could add in the ability to travel between shards like Shards Online is doing, well all the better!

I’ve got to give an honorary mention fourth idea: SWTOR is certainly not even close to my favorite living MMORPG, but I think I will shoehorn it in here so I can plug for real space flight! That game would be vastly improved in my mind if I could have free reign to fly about the galaxy in my ship. Heck, I’d actually be in playing a lot more if that were possible. As it stands, however, I am pretty sure I will just have to keep popping between games to get the feature fix I want since none will ever have the full gamut.

Tina Lauro Pollock (@purpletinabeans): I would love to see personal housing in Guild Wars 2. Looking at how well the new guild instances work, I believe the premise has been set and that housing could work out beautifully. I would tie it into the Collection system and make beautiful displays in my home. Vanity items are massively popular in the game, so it’d be good for ArenaNet too. I don’t think it’ll happen for several reasons, though, the most pressing of which being how bogged down the ArenaNet team is with retroactive fixes and expansion development.