The EVE Online community was a little surprised this week by what appeared to be the accidental early reveal of the feature list for this summer’s update. Someone noticed that the official EVE Updates page had a new “summer” section filled with details of upcoming features but with placeholder images attached. The page disappeared shortly thereafter, but not before someone snapped a screenshot of it and published it to Reddit. CCP Falcon tweeted that this wasn’t a leak but that “a few cards were published early without images” and they’ll be re-published properly on Monday. This hasn’t stopped the EVE community and bloggers from speculating heavily on the content of the early reveal, and I must admit that I can’t resist doing the same.

The summer update comes ahead of the Drilling Platforms discussed in my previous article, but it looks like part of the impending resource-gathering revolution is coming early in the form of a complete re-design of the mechanics behind asteroid belts. Strategic cruisers will also be getting a significant balance pass across the board, and the recently announced Exoplanet search minigame will be coming to Project Discovery. The update also includes graphical overhauls for several space station types, redesigns of the Vexor and Ishtar drone ships, new explosion graphics, and improvements to the new player experience. Outside the game, we’ll be getting all-new forums boasting new features for sharing and engagement, and a chat system that keeps going even when the server is offline.

In this edition of EVE Evolved, I dig into a few of these early reveals and speculate on what they might mean for EVE. Is a total mining overhaul coming earlier than expected, and could we get EVE chat on our phones? 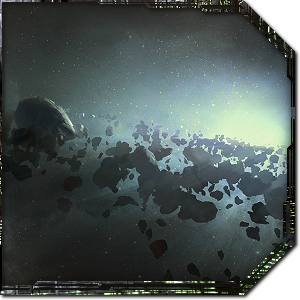 The headline feature that’s really jumped out at everyone with this reveal is the section that promises a complete overhaul of asteroid fields and the game mechanics behind resource-gathering in them. We know that the gameplay of resource-gathering all across EVE Online is about to change with the introduction of Drilling Platforms slated for late 2017, but this is the first hint of changes coming before then. The reveal text below screams System-Wide Asteroid Belts to me, a feature that has been discussed and re-discussed on the EVE forums since the dawn of time.

“Rocks. Thousands of them. Everywhere. Changes are coming to resource gathering in New Eden and the game mechanics behind the process. The Chance to discover untold riches and explore the unknown in New Eden will become even more accessible with an overhaul of asteroid fields”

Asteroid belts in EVE are currently small clumps of asteroids at stationary locations in a star system, while ore sites are clumps of asteroids that spawn randomly throughout a system and are found using the scanner interface. The real-life asteroid belt in our Solar system between Mars and Jupiter, however, is an entire proto-planetary orbit filled with rock and ice debris that never made a planet due to the destabilising effects of Jupiter’s gravitational pull. This announcement may mean that we’ll be getting real system-wide asteroid belts that occupy entire planetary orbits, which coincidentally looks very much like what we’re seeing in the revealed key art for the Drilling Platforms feature. 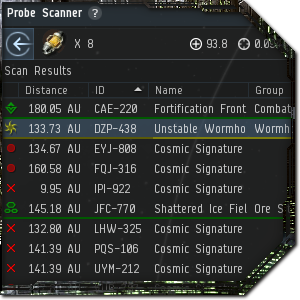 Members of the Council of Stellar Management under NDA have said that the asteroid belt changes are functionally game-changing and not just graphical in nature. The reveal text also promised changes to the game mechanics behind the resource-gathering process and the possibility chance to “discover untold riches and explore the unknown.” If we are getting system-wide asteroid belts, this suggests to me that we’ll also be getting a new survey mechanic to locate good spots on the belt for mining and that there may be rare finds out there.

While a realistic asteroid belt contains as much mass as a small moon or proto-planet, it’s spread so thinly throughout the system that the distances between asteroids are actually pretty huge. To find something worth mining, we’d likely be looking for large asteroids or high-density areas such as asteroid families formed by the debris from massive collisions. Given that there have been recent updates to the exploration probe gameplay, I’d guess that we’ll be using probes to find these areas. CCP will probably also use some artistic license here and just make the asteroid belts a hell of a lot denser than in reality.

Good mining areas might contain lots of different sizes of asteroid, some too big even for mining with ships but which would be perfect for the “Planet Smasher” drilling platform structure discussed in my previous article. Asteroids might even contain a mixture of ores rather than just one type, and asteroids in lowsec could produce inherently higher yields to ensure that lowsec is always more valuable to mine in. We could even find comets or rare super-high-yield asteroids for that big haul in lowsec, allowing players to spend more of their mining time safely surveying in cloaked ships and less time exposed in mining barges. 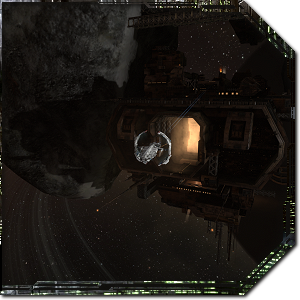 While the headline feature of the reveal is obviously the asteroid belt overhaul, and the graphical updates to ships and stations are always welcome, the other announcement that interested me was that we’re getting new forums and a whole new chat system. EVE‘s current forum was introduced nearly eight years ago with nice features such as the ability to like posts, but it’s really starting to show its age. We can only hope that the new forum doesn’t become the cesspool that today’s is, and that the ability to “share content and engage with each other like never before” will be used for more than just trolling.

In an effort to reduce load on the communications network in New Eden, a new chat system is scheduled to be introduced this year, which will improve scalability and ensure that capsuleers can keep in touch, even when the Tranquility cluster is offline.

As far as I’m aware, EVE‘s chat system is currently run on the same server cluster as the main game. It sounds as if it’s being split off into a separate service, which should improve performance of the cluster and chat slightly, but decoupling it from the main server also means it can keep running 24/7 regardless of server downtime or crashes. This opens the interesting possibility that CCP could allow players to join EVE chat channels from outside the game using a chat client or phone app, which would be amazing for small groups that don’t currently have their own external communication channels set up.

It’s currently not known if this new chat system will be used for the Local chat channels in all of EVE‘s star systems. Doing this could open a potential security problem if someone figures out how to hide themselves from local or join the local channel for a system their character isn’t in. CCP has stated in the past that it wants to replace the local channel as an intelligence-gathering tool because it provides a perfect and instant list of everyone in the star system, so we could see changes to this as the new chat system is implemented.

This accidental early reveal has definitely given us some clues about what might be coming to EVE Online this summer, but it also raises some big questions. Exactly what will the asteroid belt revamp look like for miners across EVE, and will we be getting new survey mechanics? Will the new forums help to combat antisocial behaviour, and could we finally access EVE chat channels via a phone app?

Some more information about all of these reveals is expected tomorrow, with devblogs on these and other features sure to come out over the coming month. I’ll also be on the ground again this year at EVE Fanfest 2017 from April 6th to April 8th to find out more about everything coming in the summer update and beyond. If you have any burning questions for the devs this year, feel free to drop a comment here or email me at brendan@massivelyop.com before April 6th.

The part I cared about most you didn’t even talk about. T3 cruisers won’t be the GODMODE ship of eve online finally. (Or hopefully, since CCP isn’t known for their ship balancing skills.) I just want to fly something that isn’t a damn T3 cruiser or capital/super for fights again without shooting myself in foot. Cause that’s all that has been viable for ages now.

Down with the age of the overpowered T3 cruisers.

The reality is that we just don’t know enough about the T3 rebalance to comment on it reliably at this stage. My prediction is that the T3 skill loss on death will be removed, and that the ships will then be made less powerful across the board as the skill loss was originally intended to be a balancing factor. They’ll probably also look at the typically used setups and tweak the subsystem bonuses to muddy the golden path, though EVE players will of course discover the new optimum setups within days.

Two thumbs up for the new forums and chat. Out-of-game infrastructure is more important than most dev studios realize.

Local as a list of who is in a system was one of the big reasons I quit playing since I had low desire to end up in Wormhole space where supposedly that’s gone.

Wonder when they’re going to ditch the unlimited trial version and let us pay for a few upgrades without a subscription so we can play the game properly.

The chat revamp sounds pretty good, and the asteroid system expansion is something that is definitely interesting to me. However, zero mention about PVE improvements is super disappointing…

If I’m interpreting CCP Falcon’s tweet correctly, this may not be the full feature list but just some of the Update cards. There are a few things we know are coming that are conspicuously missing from this list, and there are reveal devblogs expected ahead of Fanfest. If there is no update on PVE by Fanfest, I’ll definitely follow up on it.