END_OF_DOCUMENT_TOKEN_TO_BE_REPLACED
Elder Scrolls Legends, the online TCG spawned from the ever-popular Elder Scrolls franchise, has a massive infodump and launch today. For starters, the game formally landed on PC; the beta tag has been stripped away. Bethsoft has earmarked March 23rd for the iOS tablet launch, April for the Android tablet rollout, spring for Mac, and summer for iOS and Android phones. May will see the release of Twitch integration, spectator mode, and a gauntlet mode for tourneys. And April 5th will see the game’s first PvE content explosion:

“We’re also revealing our first content update for The Elder Scrolls: Legends, The Fall of The Dark Brotherhood, a new PvE Story that tosses players into the role of a double agent hired to infiltrate the ranks of The Dark Brotherhood. Recruited by a sinister group to bring down the infamous and fan-favorite Elder Scrolls guild of lethal assassins, players will need to make key choices that both impact which missions you’ll play and decide the story’s ending.”

Also coming this summer? A “major expansion” — expect more info at E3. Could be neatly linked up with Elder Scrolls Online’s Morrowind, yeah?

I play a lot of CCGs. This one is about as dry as a popcorn fart.

I wish PvE campaign was more challenging. Like bosses in Hearthstone where you need to think, build specific deck, try varied strategies to beat them. PvE in TES Legends is easy mode

I love Elder Scrolls Online. If only I knew what an “online TCG” was :)!

I can see it now.

I’m sorry that I have to be the first to tell you. 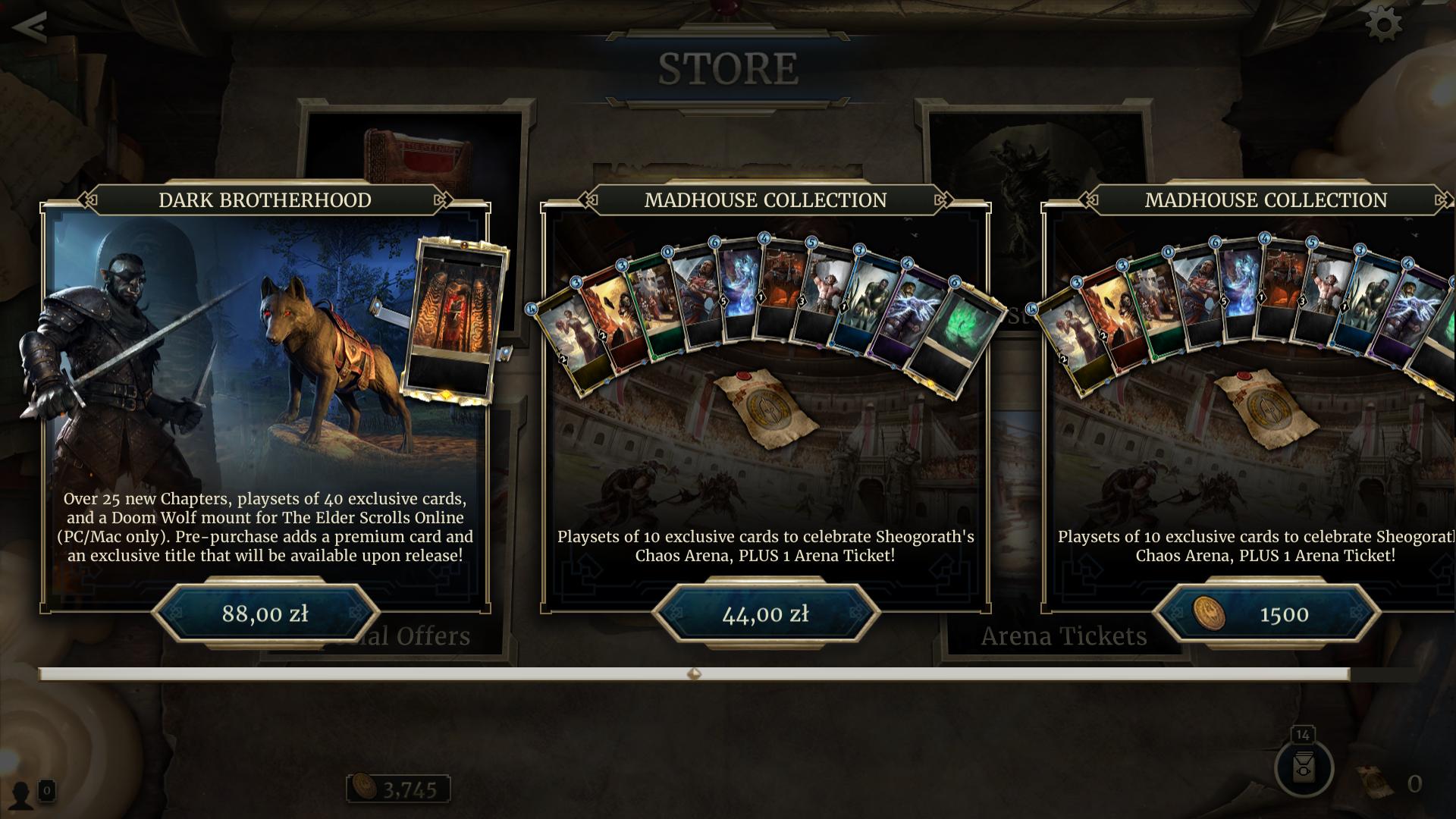