As we all well know, MMORPGs are a Serious Business indeed. We must treat them reverently and with our utmost due diligence as we perform tasks vital to saving the world. No frivolity and mirth-making is allowed within these virtual worlds; we toil, we strive, we forge the future in sharp lines of progress.

Oh what am I kidding: We’re totally goofballs. If you can’t cut loose in an MMO and have fun with your friends, what’s the point? I feel that Kenji Takeda has it right with this week’s headlining picture from Final Fantasy XIV, as you can sense the high spirits and laughter that were driving this moment. 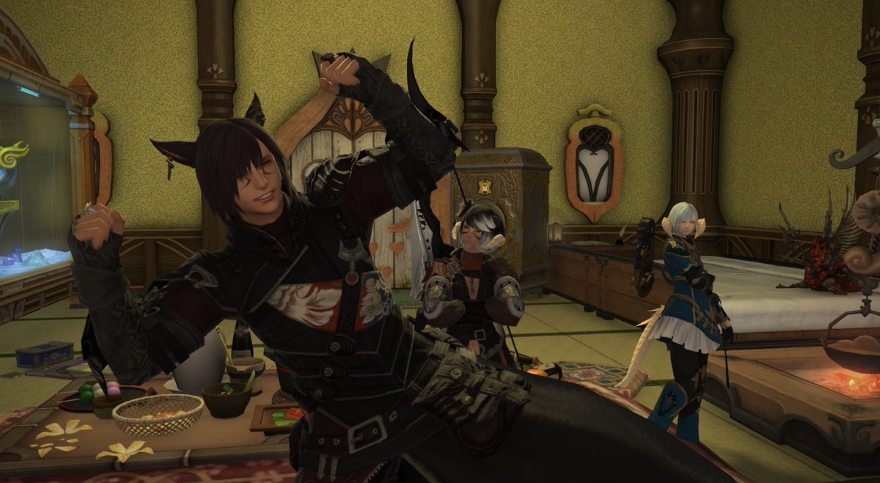 It seems that you all weren’t done with the “lonely” screenshot challenge, as evidenced by Melissa’s shot of the late, lamented Landmark.

“The New Norrath was beautiful. I miss it,” she posted.

I don’t know if I was ever that taken with the world visuals, but the characters and animations were downright engrossing. Man, I wish EQN would have happened. Le sigh. 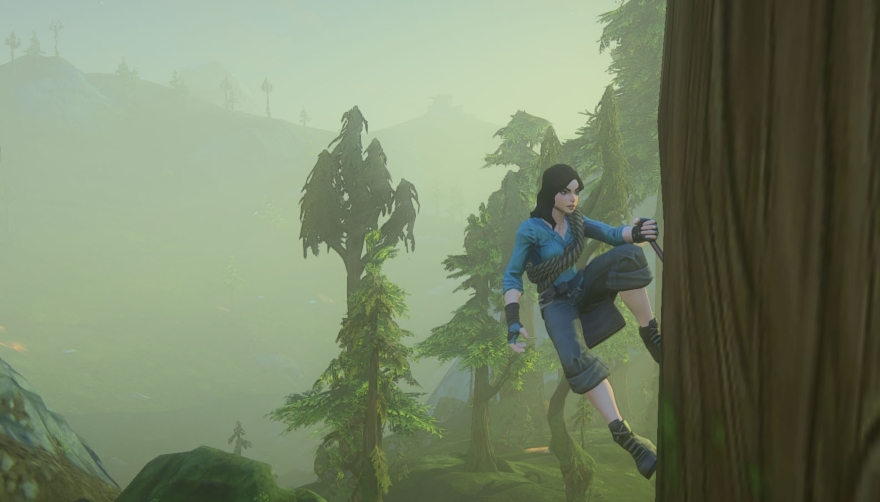 The challenge to provide before-and-after pictures did bring out quite the response as well, although the dual picture format made it more difficult to post them in a column. Here’s an example from Miol, who showed Lion’s Arch in Guild Wars 2 following Season 1 and then after the reconstruction.

Remember Warhammer Online? Talk about a game slathered in grand promises and ideas, one of which was to provide players with the opportunity to participate in massive city invasions. The idea of a city changing as an invasion progressed (or was repelled) was an interesting one, although the tech never quite panned out when put into practice.

Zulika Mi-Nam has a shot of Altdorf smashed and under attack in 2009. Was that really eight years ago? Time flies, my friends. 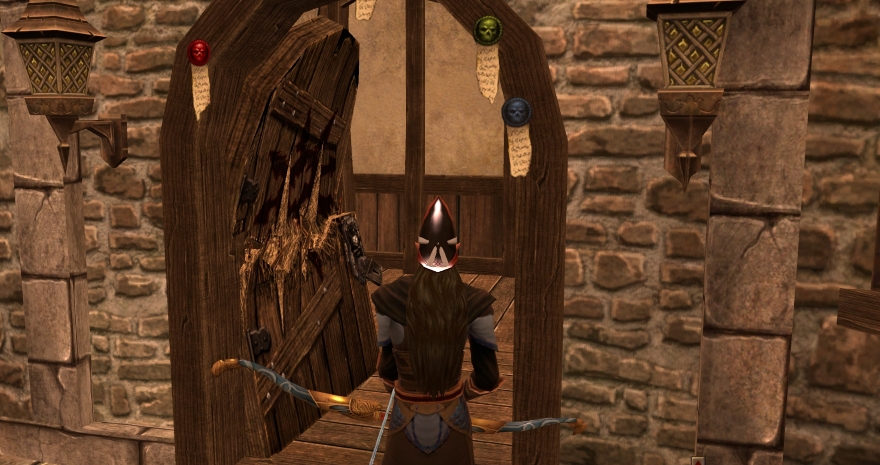 Sometimes you simply want an overdose of eye candy, which is what Oleg provides here from Age of Wushu. I wish I had more commentary than “SCREEN PRETTY OOO” but that’s what I’m left with today. I hope you’ll understand. 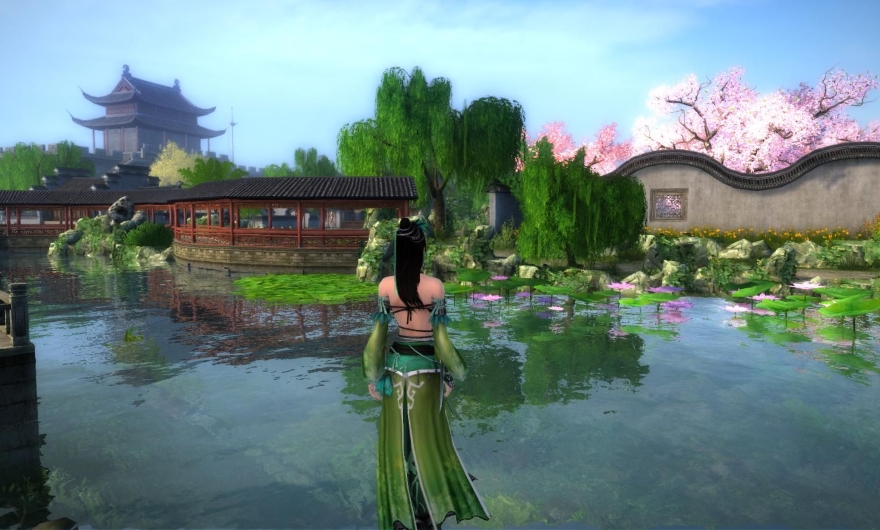 Rebel against the attitude that MMOs are by and for serious players only by posting or emailing in your favorite silly shots from these games! The sillier the better, let no banana peel be unflung or duck hat be doffed!

This is the funniest screenshot I’ve taken this week.

I’ve been trying to do a low-fatality, high stealth run through Dishonored 2 on my PS4, and this means that one spends a lot of time rendering enemies unconscious with sneak-attacks, and then dumping their snoozing carcasses somewhere where their evil friends won’t find them.

Hilariously (to me, anyway), the nasty, nasty wolfhound attack dogs seem to default to this position whenever one dumps them anywhere.

Because sometimes you end up sticking your bear into a building face first. No, seriously, bear faces can penetrate solid material without damaging either the bear or the material! For proof see this bear stuck quite firmly into a porticulum in Rift!

hell one of my nicest screenshot are in :)

Getting fairly excited for Christopher Nolan’s Dunkirk…to be seen in an IMAX cinema next month. In War Thunder, I tried to recreate what might have been a scene during Operation Dynamo as my Spitfire Mk II (along with support from the Royal Navy) covers the evacuation of the British Expeditionary Force during morning hours in late May/early June 1940.

Some pics of my Yayo Mage in the beautiful world of ASTA Online.

Ark Survival, it is more than an MMO than you think, it isn’t the murder sim that everyone makes it out to be. :)

How about a literal talking head? Silly enough? ;P

part of an older season 3 Living Story episode
This poor fellow, named Rhoban Orestriker, is one of the last Deldrimor dwarves, who turned themselves into living stone centuries ago, according to a prophecy by their own god the Great Dwarf to be able to fight one last time against their nemesis the Great Destroyer, a champion of the Elder Dragon Primordus, and its minions!

Only few survived to tell their tale of victory. Four of them found themselves on these volcanic islands that together make up the Ring of Fire. They placed machines to hold back Primordus and the volcano from erupting, potentially destroying half of Tyria.

Time wasn’t kind to Rhoban and his body made of stone, though. His remains were then later recovered by the magpie like Skritt and since then worshipped on this makeshift altar full of incense sticks and other shiny offerings. When meeting him, he asks of you to take his thumb from those carefully placed cute little pillows, to be able to reactivate his machines and help him to continue his centuries old guarding duty.

edit: had to reload to see there is a video! :)

still have to reload for somethings sadly. QQ

Image One: You know your playing a silly game when you find yourself saying “These monkeys will rue the day.” After said monkeys have hurled you from the jungle canopy.

Image Two: Sylvanas being photobombed by a bear cub.

Image Three: I was trying to take a serious shot but, my boyfriend had other plans.

Still playing GW2, still walking around Divinity’s Reach exploring, now this is exploring done right, vistas, point of interests, and XP from just walking around, most of my time spent listening to the NPCs, talking with them and looking for what vendors sell.