END_OF_DOCUMENT_TOKEN_TO_BE_REPLACED
EVE Online‘s upcoming Lifeblood expansion was officially announced last week, and it’s landing a lot earlier than expected. Though it appears that Lifeblood is the winter expansion CCP Games has been talking about since EVE Fanfest 2017, it’s actually launching next month on October 24th. It includes the new Upwell Refinery structures, a total overhaul of moon-mining and advanced material reactions, a full balance pass for the ships used by free-to-play alpha clone characters, and some all-new PvE gameplay in high-security space.

We talked to EVE‘s Executive Producer Andie “CCP Seagull” Nordgren about the plans for new highsec gameplay back in April, and it sounded pretty damn exciting. CCP plans to use the new advanced AI that powers the roaming NPC mining operations to create an ever-evolving landscape of AI-driven conflict that players can affect. The first steps in that plan are arriving with Lifeblood in the form of Pirate Forward Operating Bases and Resource Wars, which ask players to help local factions fight back against the encroachment of pirates. This should make life a hell of a lot more interesting for players in high-security space, while the new moon mining gameplay is expected to set nullsec on fire.

In this edition of EVE Evolved, I dig into the Lifeblood announcement and feature list, and ask how players can get ready to make the most of next month’s expansion. 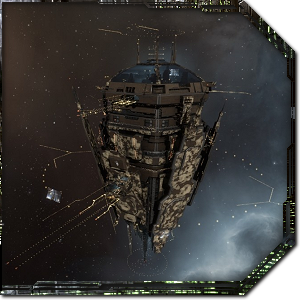 Historically, CCP has focused most of its development attention on nullsec players and on cross-sectional features that benefit players from all areas of the game. The truth is that a lot of EVE players make homes for themselves in high-security space and have no interest in risking piracy or joining massive territorial alliances. Those players deserve to feel like they have homes in EVE just like anyone else. If we’re ever to get over the idea that highsec is just a stepping stone into other areas of EVE, CCP needs to do a better job of making casual players feel invested in their chosen home systems.

That may be the thought process behind the new Pirate Forward Operating Bases and Resource Wars gameplay, which is being rolled out exclusively in highsec with Lifeblood. The new pirate bases sound like a kind of public group PvE gameplay, like an incursion style event or a new class of hidden exploration site using Guristas and Blood Raider NPCs but designed for groups to tackle. Resource Wars sounds like an extension of the NPC mining ops CCP introduced some time ago, except that you’ll be fighting on behalf of the system’s local friendly faction and trying to drive pirates out of the system. 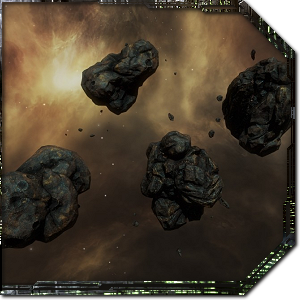 AI pieces on the board

When I discussed this new highsec PvE with Andie Nordgren at Fanfest, she likened EVE to a giant asychronous board game and described this gameplay as NPCs finally putting their pieces on the board. The implication was that when you drive a pirate faction out of a system, it’ll move its piece and set up in another nearby star system. If that’s the case, perhaps winning a resource war against a pirate faction will rid the system of pirates for a while and leave abandoned resources behind to be farmed.

It would be nice to see a collective goal like this pop up for a star system and encourage people to get together in impromptu groups, as happened daily in the earlier days of faction warfare and incursions. If the reward at the end is that the system as a whole gets some kind of bonus for a while, it’d encourage people to participate in their home system rather than touring the galaxy in search of resource wars to fight. We don’t have concrete information on exactly how these new gameplay systems will function, but I expect we’ll learn more in devblogs and at EVE Vegas 2017 next month. 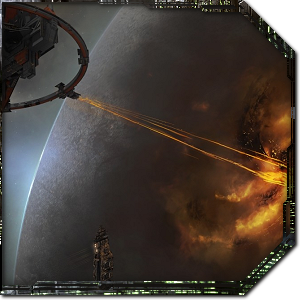 The current moon mining gameplay in EVE was all the rage in 2004, but today it’s frankly boring as hell. You just scan a moon using a probe (or look up a table of scan results completed years ago by someone else), build a starbase at the moon, and leave it to automatically mine 100 units of material per hour. There’s not much to do once the starbase is set up other than regularly refueling it and emptying the silos, and the only difficulty is the threat that someone might blow the whole thing up.

The rarest moons can pump out billions of ISK per month in free materials for very little effort, which a handful of masochists somewhere in EVE then feed into equally boring reactor starbases to produce advanced materials for tech 2 industry. I ran a small reactor farm for over a year once and it almost made me quit the game, so I won’t shed any tears over this gameplay being removed.

The new gameplay involves building an Upwell Refinery station near a moon that you can dock in and use as a normal station, then installing and activating a new Moon Drill service module. The drill fires a huge weapon at the moon and then starts dragging a chunk blasted off the surface toward the refinery station with a tractor beam, which reaches the station after a few days. The chunk can then be blown up with the drill into an asteroid field that players can mine directly using standard mining ships. This not only removes the tedium of emptying silos and hauling fuel to dozens of moons, but also transforms a passive resource stream into an active resource gathering event and an opportunity for PvP. 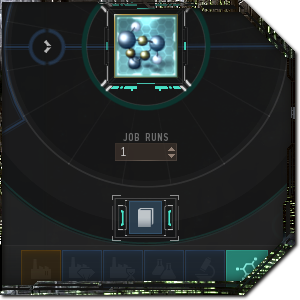 Preparing for the new moon mining

If you’re in in a small mining corp and want to try your hand at running your very own refinery station, the best thing to do right now is gather some ISK and stock up on moon survey probes. The new moon mining skills hit the market on September 12th to give you time to pre-train them ahead of the expansion, and even the medium Refinery structure is sure to cost several billion ISK in the days following the expansion’s launch. All moons in nullsec and low-security space will have their materials randomised on October 24th, and there’ll be a gold rush as players race to find the best moons and claim them before anyone else can.

If you’re one of those masochists I mentioned earlier who enjoyed running a reaction farm, your days are numbered. All starbase reactors will switch offline on October 24th and CCP will be running a reimbursement programme for them at a later date. Reactions will instead use a production line system just like every other industry, and reaction jobs will only be possible in a refinery structure with a reaction service module installed. The number of reaction jobs you can run will be limited by a new set of skills, which presumably will also hit the market on September 12th.

If you want to get the most out of the new system and make some big ISK on release week, you’d better pre-train a few characters into it. You could also use a horde of free alpha clones to do your reactions, but they can only run one reaction job at a time each and get an additional 2% tax that may make the reaction unprofitable. Alternatively, you could use your ISK to speculate on the tech 2 material market ahead of the patch, as the disruption caused by everyone’s reactors going offline at once on October 24th could cause a spike in prices across the board. Don’t take investment advice from me though, I turned down a bunch of bitcoin back when they were about $40.

I can’t be the only person who was surprised to see how early the Lifeblood expansion is releasing, with features originally slated for the winter period now landing on October 24th. Hopefully that means we can look forward to further iterations on the expansion and balance tweaks over the winter period as players get to grips with the new gameplay.

A gold rush is about to hit EVE as players scramble to find and claim valuable moons, which is sure to spark more conflict in nullsec and may even breathe new life into neglected areas of low-security space. The new refinery structures and moon mining mechanics will allow small mining corps to lay claim to their own little resource-producing corner of New Eden, but such a structure may also attract the attention of pirates.

Even highsec players have something to look forward to, with a whole new type of group-based PvE gameplay and a possible buff on the way for the ships that can be flown by free-to-play alpha players. The Agency will also be getting an update to let you find other players to play with, whether you’re interested in mining, combat, or exploration, which may help increase its popularity