END_OF_DOCUMENT_TOKEN_TO_BE_REPLACED
When I first discovered EVE Online back in 2004, it had been out in the wild for just under a year and was a much simpler and friendlier beast. There were fewer than 50,000 players in total and most of them were flying around in tech 1 frigates and cruisers, either mining, grinding their way up top level 3 mission agents, or PvPing. Most corporations lived in the relative safety of high-security space and warred with each other for all sorts of reasons, and some power-hungry corps tamed the lawless nullsec regions to hunt battleship NPCs and mine ores containing valuable Zydrine and Megacyte.

Low-security space offered a tempting middle-ground for players back then, a place you could go to reap better rewards than highsec but at the cost of a proportional increase in risk. Pirates faced much lower consequences for attacking another ship unprovoked there than in highsec, and the areas around stargates and stations were kept safer by automated sentry turrets. The delicate balance between risk and reward in low-security space began to fall apart as the sizes of player groups in EVE increased and ships got better at tanking the damage from sentries. Nearly a decade later and with very little done to revamp the area, today’s lowsec still suffers from this legacy and has lost much of its identity. But how can this problem be solved? Hints may come from recent rumblings at EVE Fanfest 2017 on the future direction of PvE.

In this edition of EVE Evolved, I look at the reasons I believe low-security space has lost its identity and a few of the ways CCP could inject some much-needed personality and speciality into this neglected area of the game. 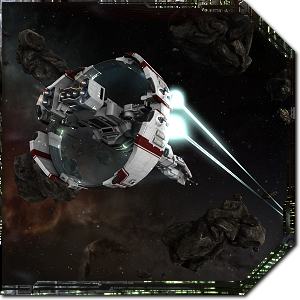 Most people just want to grind

The dirty little secret of EVE Online is that while it’s ostensibly a hardcore PvP-focused game, a hell of a lot of players just want to grind ISK in safety. Most new players will simply stay in high-security space unless compelled to join a corporation that lives elsewhere, and only a small fraction of them operate primarily in lowsec. The vast majority of large corps and alliances elect to live in nullsec or wormhole space, and most players still just want to grind in peace even in those supposedly lawless wildernesses of EVE.

The most recent breakdown of ISK faucets from CCP’s economic reports show that 92.2% of all ISK bounties comes from people farming in nullsec, totalling over 60 trillion ISK in March alone. Highsec NPC bounties account for 7.2% of total bounties (almost 5 trillion ISK), which doesn’t include incursion payouts and so must be from mission-running and exploration. Even wormhole space contributes almost 12 trillion ISK in Sleeper loot despite the reduced safety of having no local channel. Lowsec contributes a miniscule 0.7% of total NPC bounties, and it’s easy to see why. 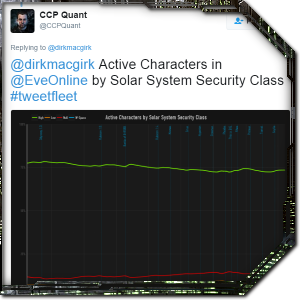 What is lowsec even good for?

Despite the fact that lowsec has more lucrative exploration sites, higher-bounty NPCs, higher mission payouts, better ore than highsec, and even level 5 missions, it’s actually by far the worst place in the game to make ISK. The added safety in highsec allows players to use more expensive equipment without a corresponding increase in risk, and both highsec incursions and highsec burner missions produce ludicrous levels of ISK per hour. Naturally, lowsec also can’t produce more ISK per hour than nullsec as then the nullsec alliances would come knocking.

So what is lowsec even good for? It may currently be a decent place to run an advanced material reactor farm, and the Thukker Component Assembly Array makes it a more profitable place to build capital ship components, but both of those are set to disappear as the citadel structure rollout continues. It’s also been a good place to explore during some PvE events like the Crimson Harvest, but that’s not a permanent feature.

Lowsec is pretty much only good for PvP, and permanent residence there makes sense mostly for corps involved in Faction Warfare or those that live on gatecamping popular routes. There are very few micro-cultures within EVE that really thrive on life in lowsec and wouldn’t do better elsewhere, so it’s no surprise that it’s a virtual ghost town. As Crossing Zebras writer Reza Najafi penned last month in his “Lowsec is Dead” thinkpiece, “With highsec being a safe heaven and nullsec being the empire building colonization space, what purpose does lowsec serve?” 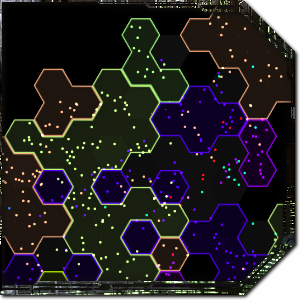 Earlier this month at EVE Fanfest 2017, we interviewed CCP’s Executive Producer Andie Nordgren on the future of EVE‘s PvE and learned that some awesome stuff is on the way for highsec. NPC corps will start building their own structures and sending out AI-driven ships and fleets, and players will be able to raid their facilities and drive them out of their territory just like two warring corporations. Though CCP wants to roll this out in highsec, it’s in low-security space that I think this has the biggest appeal.

Lowsec could be re-imagined as a more realistic border to secure space, with NPC corporations and pirate factions waging wars across each constellation that players could get involved in informally on either side. Players who help one side or the other would gain standings and benefits from that NPC corp within that constellation, starting with docking rights at stations belonging to that faction and progressing to access to hidden facilities and resources. The NPCs in that area would eventually stop shooting at us, and we could even get the ability to call NPCs from our faction to assist if we are attacking a PvE or PvP target. 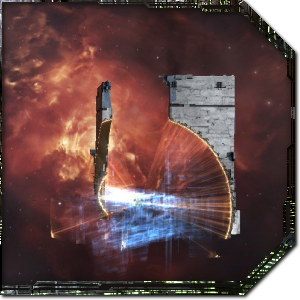 How would this work with players?

Players would help their side by killing enemy NPCs, attacking the opposing corp’s military installations, farming resources the enemy has claimed, or killing players with positive standings to the enemy corp. They’d naturally be punished with a loss of standing for attacking players with positive standings to their own faction. The result would be a kind of ad-hoc faction warfare type system where players would be incentivised to group together just because they’re on the same side of a divide. If faction warfare is any indication, this would undoubtedly lead to some nice emergent PvP behaviour and would interact with piracy in interesting ways.

Each lowsec constellation would become its own microcosm of the territorial war that takes place in nullsec, except that players are living in one of two warring empires rather than building their own empires. The factions may even cede territory and have structure timers that players will have to decide whether to defend, and possibly even resource-gathering events like the new moon-mining gameplay. Becoming a high-ranking member of either side of the faction could also give players access to levels of wealth-generation typically reserved for nullsec without upsetting the game balance, as it’d require quite an investment of time and effort to attain.

Low-security space has been badly neglected all throughout EVE Online‘s lifetime, partly because nobody has any idea what to do with it. It can’t just be a better place to generate ISK without overshadowing the large proportion of players who like relatively risk-free highsec gameplay or attracting the hordes from nullsec. Without a compelling reason for the average person to live in lowsec, there aren’t many compelling reason for pirates to live there either.

I believe this could be something CCP can finally tackle with the new AI-driven PvE that is planned for rollout in highsec in the coming Winter expansion by transforming lowsec into a microcosm of nullsec empire life but just without the control of empire-building. This could ultimately provide a compelling reason to live in a certain area of lowsec, and give players both an incentive to fight each other and the funds to do so.